Which of the following is true with respect to interpersonal conflict?
a. It involves independent parties.
b. It involves perceived scarce resources.
c. It occurs within oneself.
d. It is synonymous with disagreement.
b. It involves perceived scarce resources.
Felix had been angry with his roommate Hector for some time. Hector was always playing his music so loudly that Felix couldn’t concentrate, much less have a conversation on the telephone. Despite his anger, he hadn’t expressed his feelings to Hector.

Don't use plagiarized sources.
Get Your Custom Essay on SPCH Part 2 Just from $13,9/Page 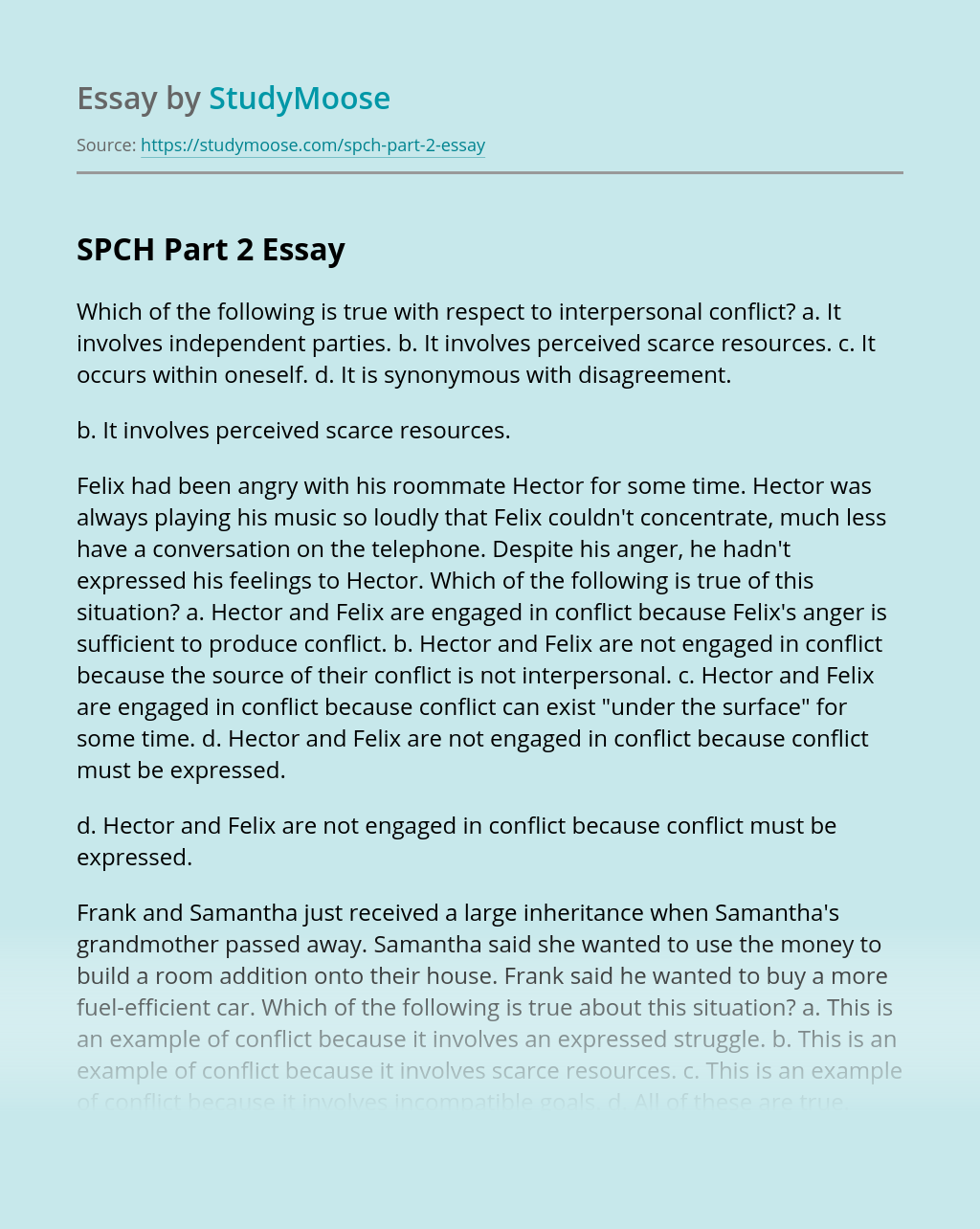 David is mistaking if he thinks that murder is an art. The concept of murder is different from the concept of art. As the definition of art changes as the dominating members of the society changes and it also changes as more arguments are presented, the performance of killing people cannot possibly fall under any...

Chapter 1 1. The setting of the story begins on the Nellie, a ship. The turn of the tide is significant because it gives the men on board extra time to talk, and Marlow begins telling his story. In addition, symbolically, the turning of the tide conveys a change, and perhaps, foreshadowing of the story....

View sample
Get Essay
The ABC's of Aphorisms in Kindergarten

The argument in between traditional art and digital art has actually been going on for some time. People argue that art is art so long as it includes universal expression of imagination creativity and storytelling. Whether it is through painting, music, painting or shaping so long as it provides the designated purpose. These individuals suggest...

Hannibal Barca is the famous Carthaginian general, who is especially renowned for his successful campaign against Rome during the Second Punic War in 218 BC. Hannibal won some of the most famous victories against a numerically superior Roman army in Roman battlefields, notably the Battle of Cannae, which is universally considered as a masterpiece of...