In his article “Cultural Constraints in Management Theories,” G. Holfstede (1993) argues his main point that there is really no universal management theory, such that the means to manage organizations greatly vary across countries and cultures. For instance, the concept of management in the United States is different from, say, Asia or Europe, let alone apply to the two latter regions. A specific management concept or practice may be accepted in America but it does not mean that it is also accepted in some other part of the world.

Don't use plagiarized sources. Get your custom essay on
“ Holfstede’s Cultural Constraints ”
Get custom paper
NEW! smart matching with writer

Holfstede begins by exploring the origins of the concept of management in cultures in varying times and notes the differences in the management theories. For example, managers are said to be cultural heroes in British and American regions while Germans see the engineer as the one having a heroic role precisely because German presidents and CEOs already have mastered their specialized skills and, hence, does not call for a manager. In Japan, the permanent worker group bears the ‘heroic role’ and that these workers are controlled not by managers but by their group.

French people, on the other hand, do not have the notion of managers as Americans know of them. Rather, French workers think of one another as cadres, cadres being a social class obtained by learning at the proper schools and a social class maintained for a lifetime. Another case is that of Holland where the practice of managing people rests on the need for a consensus among all the involved individuals.

These practices are established neither by contractual relationship nor by class distinctions but by an open-ended balancing of interests and exchange of views.

In essence, Holfstede firmly maintains that the American concept of management theories vary from nation to nation and culture to culture. That being said, no management theory unique to a certain country or culture can perfectly apply to another culture and country precisely because of the variations among these cultures and countries. 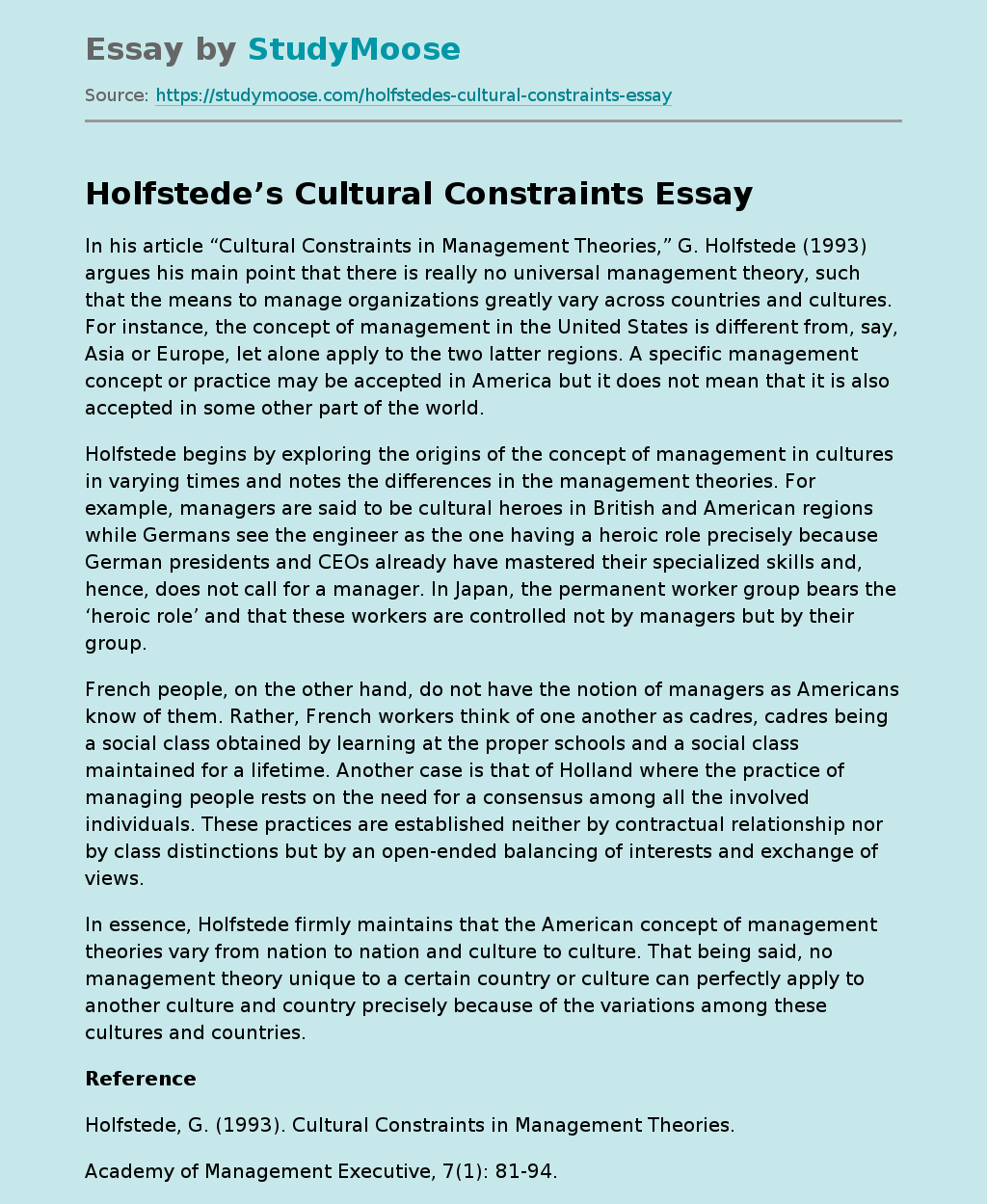