When Rome declined, the western half of the empire formed the Byzantine Empire resulting in many shared characteristics. This includes culture, religion, and trade. Though both had intertwined roots, they each took these similarities and adapted it in their own way. The Byzantine Empire and Ancient Romans’ cultural ideas, religion, and dependence on lower classes is seen prominently in the Byzantine empire. Society in Byzantine was intended to flow in a natural order reflective of the heavens, the structure was hierarchical, placing a divine creator at the top being symbolically represented by an emperor.

Don't use plagiarized sources. Get your custom essay on
“ Roman Empire and Byzantine Empire ”
Get custom paper
NEW! smart matching with writer

Everyone within Byzantine society was thought to have a place from emperors to slaves it created a symbiotic environment (Campbell150).

The Byzantine Empire utilized many pre-existing factors of Ancient Rome for trade like many of its roads and waterways, as well as methods of long distance communication. Byzantine became a flourishing center of trade and rapidly gained recognition as an empire which produced fine manufactured goods including silk which was new to the byzantine and difficult to obtain as well as other sought after items (Procopius, “The Roman Silk Industry,”).

This economic strength is similarly seen in the type of economy that the ancient Roman Empire relied on. Rome was very well known for their manufactured goods and speciality trades such as glassware, jewelry, bronze items, linen, and pottery. Evidently, the Byzantine Empire continued the Roman legacy of having a major presence in the trade industry. One major difference between the two civilizations is that of religion.

Muhammad created a new faith out of his personal ideas and encounters that provided purpose and sprtitual guidance for his followers. Islam itself means submission and Muhammad wanted his followers to do just that with their lives. (Campbell 129) One way in which Muhammad stood out amongst other religious leaders was that he also excelled politically and militarily, this worked in his favor as Islam viewed political authorities as protectors of faith and therefore took them very seriously (Campbell 153). Muhammad used his military authority to lead religious crusades which united the Arabs and created a unified culture.

A large majority of the people inhabiting the conquered land converted to Islam over time however huhammad was not a fan of forced conversion so this happened over many generations (Campbell 154). At the core of Islam’s beliefs and practices are the five pillars which are expected of a Muslim which are declaration of faith and belief in one god, prayer five times a day at designated times, fasting for Ramadan, donation to charity and finally a pilgrimage to Mecca at least once if possible. These five pillars created structure and gave purpose to many people which was one of the ways Islam grew so rapidly, it had a way of making people feel involved and purposeful daily, it brought a new way of life (Campbell 156). 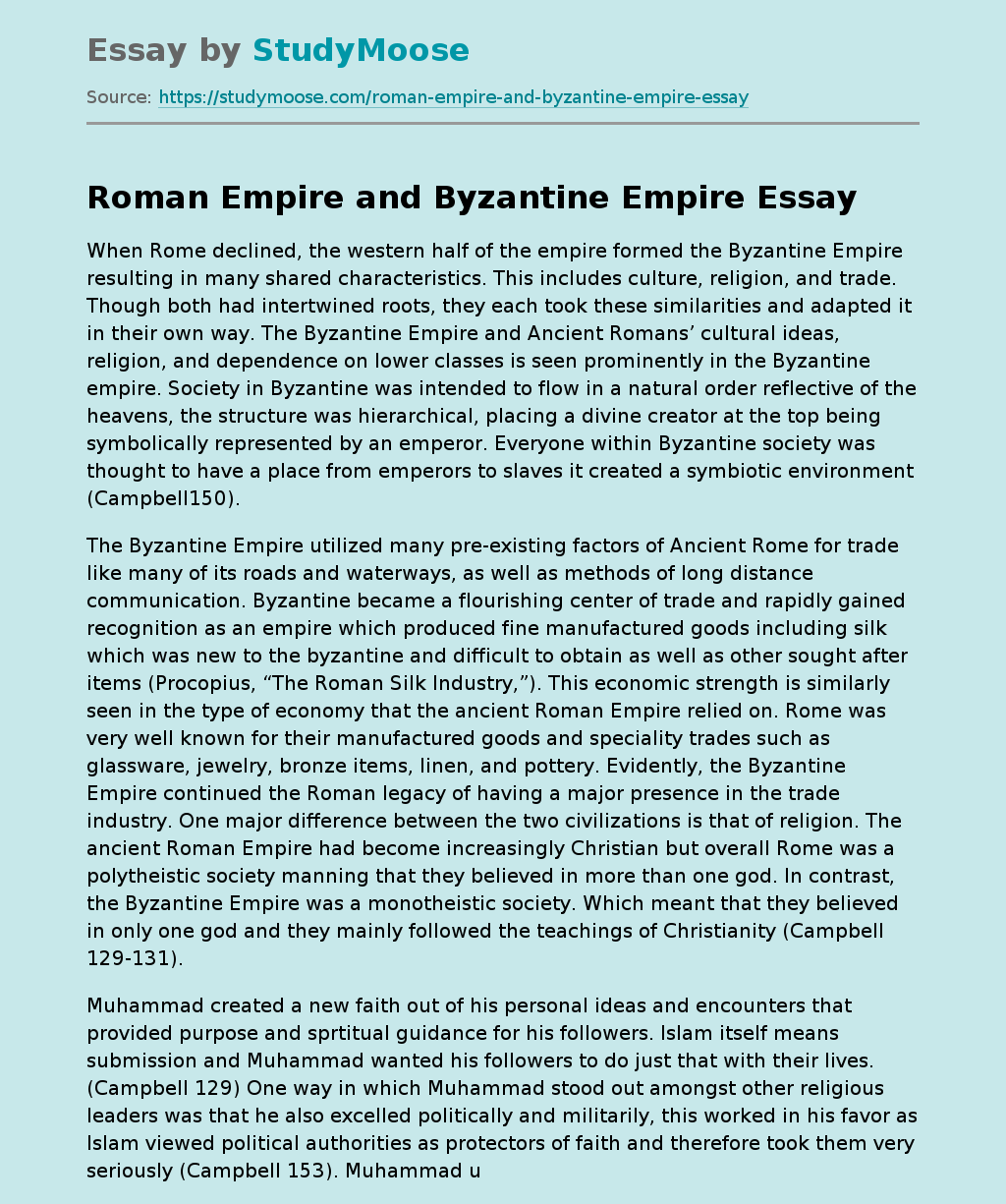