Global Stratification speaks of social division and inequality. It means that the treatment for different societies is dependent on their varying classes. This phenomenon exists not only within a single society; rather it happens with a global perspective. As such, societies are stratified in relation to the status as compared to other societies around the world (Spark Notes, 2009). There are four main theories encompassing the concept global stratification, which includes imperialism, world system, culture of poverty and dependency theories.

Imperialism has emerged from the beginning of global interaction at the advent of conquest of European countries across the other parts of the world.

Don't use plagiarized sources. Get your custom essay on
“ Global Stratification ”
Get custom paper
NEW! smart matching with writer

Imperialism may also connote the continued exploitation of resources against colonies. World system theory, as proposed by Wallerstein, identifies rich countries as “core nations”; the other nations around them are referred to as “semi-periphery” and “periphery states,” both of which depend on core nations. On the other hand, the culture of poverty is focused on third world countries, including countries in the Asian continent and Africa.

These nations are usually left out of trade links and are often poor. Dependency theory, on the contrary, claims to explain the situation of nations with low income and those who are often dependent and dominated by more developed nations (Bartle). Despite the prevalence of the concept of global stratification and regardless of the fact that it indeed happens within the real world, I strongly disagree with this philosophy because it only further heightens the hierarchal arrangement within and among social groups.

And as such, it only adds to the structured inequality that has been prevalent in almost every country in the world. I oppose it because people, who live in underdeveloped countries, conform and accept the sense of superiority being imposed to them; and as such, feel inferior about themselves. As a result, the economic and human developments are often affected. Global stratification needs to be eradicated. It may sound idealistic; but if its effects on the developing and underdeveloped countries are weighed, no propositions will be unrealistic.

Social division and inequality is the source of conflict and exploitation among countries and nations. Moreover, it also gives birth to ignorance and discrimination; thus justifying the importance to take actions against it. 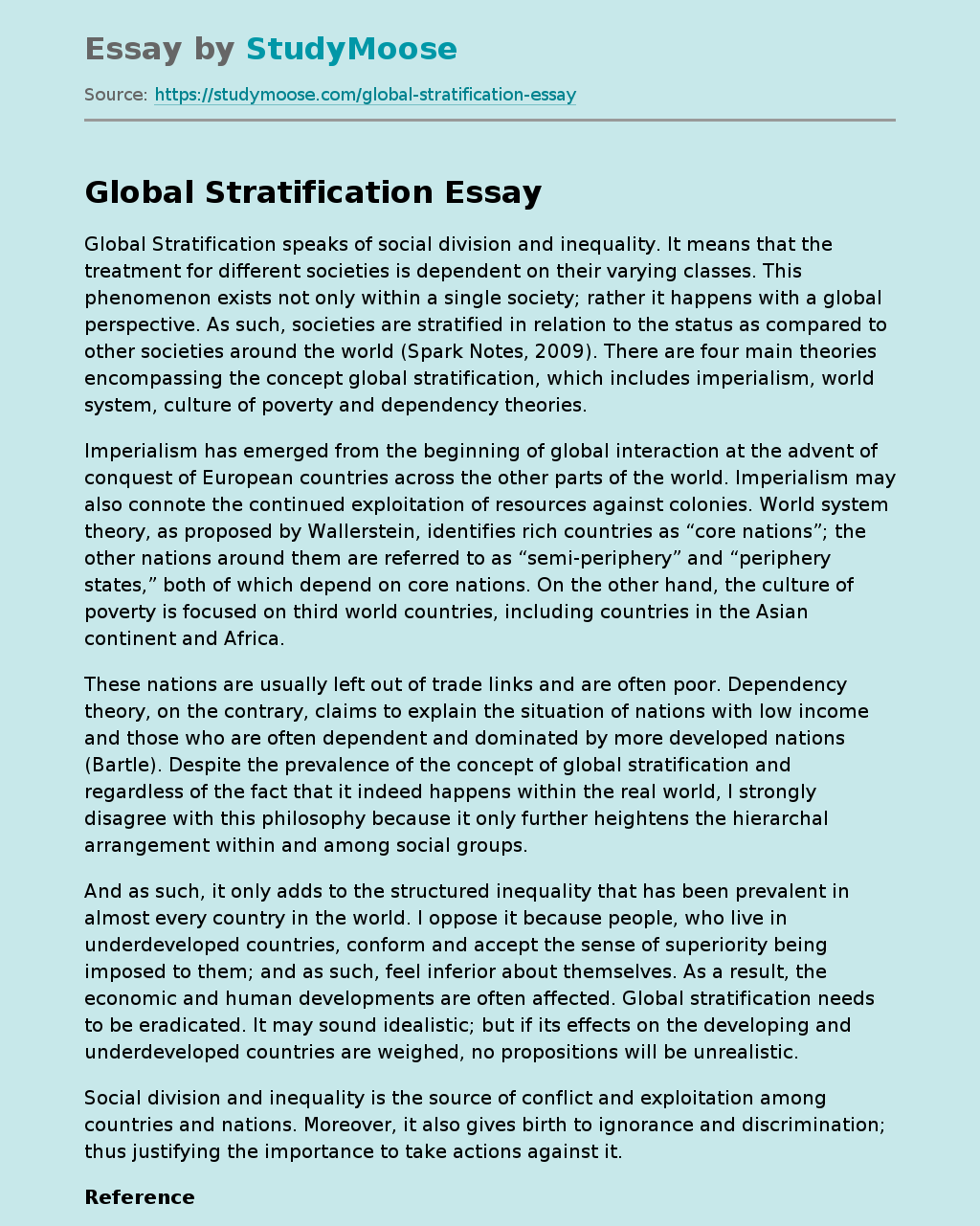