The Cause of Macbeth's Ruin

A discussion of Macbeth’s obssesive desire for power as the cause of his downfall.

The Cause of Macbeth’s Ruin The specific root of Macbeth’s ruin is his uncontrollable ambition. His desires take control of his actions and this becomes his tragic flaw. It prevents him from becoming aware of when to stop; he is never fully satisfied as his desire for power grows. Macbeth’s judgment is impaired since he only accepts ideas that will benefit him in obtaining his wants.

Don't use plagiarized sources. Get your custom essay on
“ The Cause of Macbeth’s Ruin ”
Get custom paper
NEW! smart matching with writer

He also becomes self centered and loses his feeling towards others as a result of his need for fulfillment. All these points in Macbeth’s character are caused by his ambition which seems to have no boundaries. It grows more abundant as his role in William Shakespeare’s play, Macbeth , progresses. Macbeth’s desire for power becomes an obsessive trait for him. It prevents him from realizing when to stop; he is never fully satisfied and always demands more.

In Macbeth’s first meeting with the witches he is told that he is to be the Thane of Cawdor and king. Soon after he was told these prophesies he already becomes eager to learn more; his eagerness is shown when he tells the witches, “Stay you imperfect speakers, tell me more” (Act.1,Sc.3,Ln.70). Later in the same scene Ross, a Scottish noble, presents Macbeth with the title Thane of Cawdor and here he realized that the prophesies are true. The veracity of these prophesies disturb Macbeth because at this point he is already filled with the notion of being king and murder as the way of attaining that title.

The Cause of Macbeth's Ruin. (2020, Jun 02). Retrieved from https://studymoose.com/the-cause-of-macbeths-ruin-new-essay 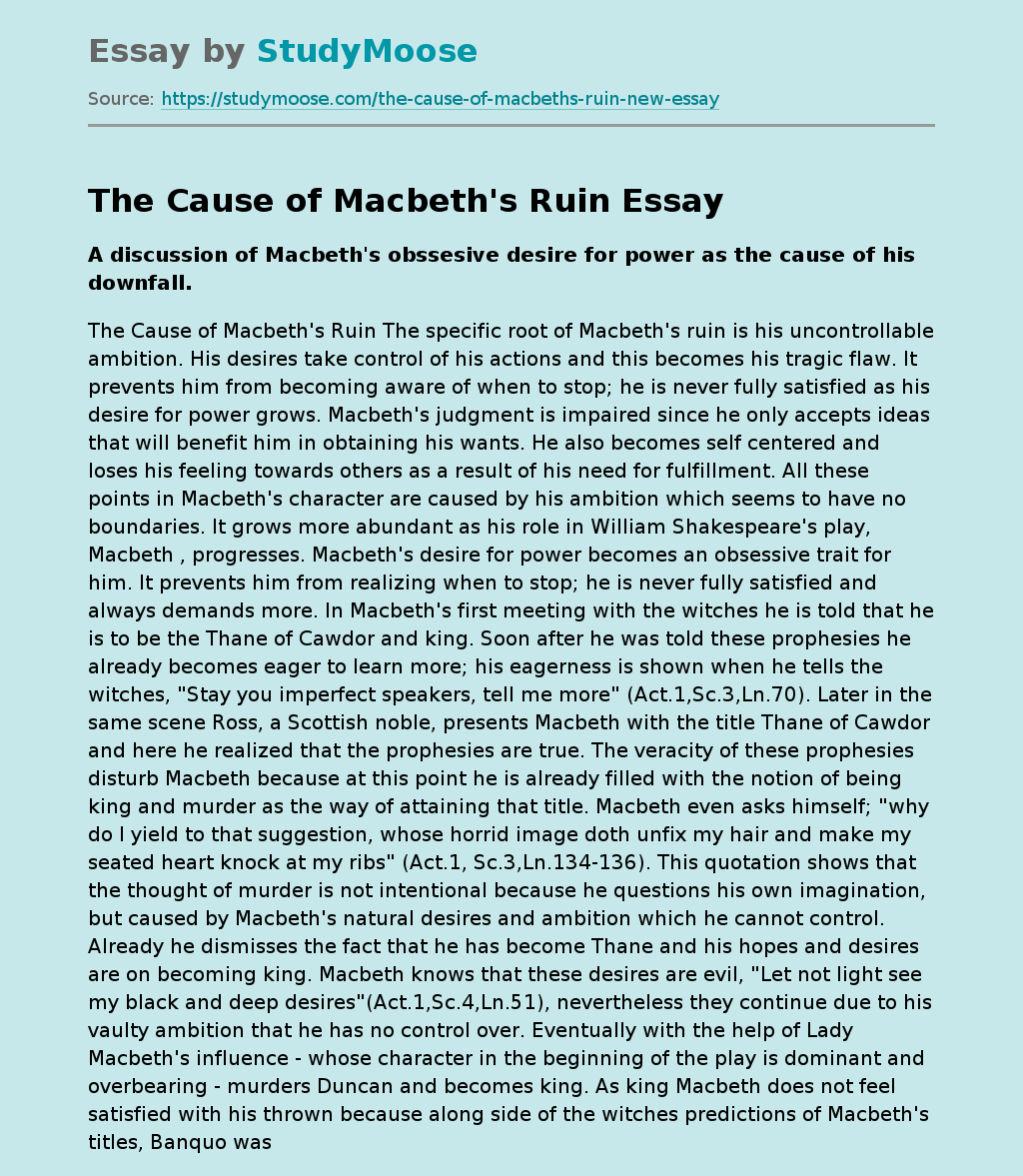