Soccer star Cristiano Ronaldo was born on February 5, 1985, on the island of Madeira, which is a few hundred miles south of Portugal. He grew up in a small house in the city of Funchal and began playing soccer for a youth team in Madeira, where his dad was the team’s equipment manager. At just 12 years old Cristiano moved 600 miles to Lisbon, which is on the mainland of Portugal, to play for Sporting Lisbon’s youth team. The move was a difficult one for Cristiano, since he was away from his family and many of his teammates made fun of his Madeiran accent.

While some kids chose to tease Cristiano about his accent, no one was teasing him about his soccer skills. His dazzling footwork and goal-scoring abilities made him a teenage super-star. He played his first game for Sporting Lisbon in the Portuguese Super League when he was 17 and quickly became known as one of the most exciting young soccer players in the world.

Cristiano’s talent caught the eye of Manchester United manager, Alex Ferguson, who bought him from Sporting Lisbon for a mind-boggling $20 million US! Cristiano had great success playing for both Manchester United and for Portugal. He scored the opening goal for Manchester in their 2004 FA Cup victory and helped Portugal advance to the finals at Euro 2004. In 2009, Manchester United accepted an offer of 80 million pounds (that’s over $120 million US!) from Spain’s Real Madrid soccer team for Cristiano, who had apparently made it known he wanted to leave England for Spain.

No matter what team he’s on, Cristiano’s fabulous footwork and good looks have made him one of the most popular players in Europe. He’s a millionaire at a very young age (Cristiano is now in his 20s), he drives expensive Ferrari cars and he’s been linked to famous American celebs like Paris Hilton and Kim Kardashian.

•When Cristiano Ronaldo was a kid, he once hit a teacher with a chair because she made fun of his Madeiran accent (Kidzworld doesn’t recommend you hit your teachers with chairs). 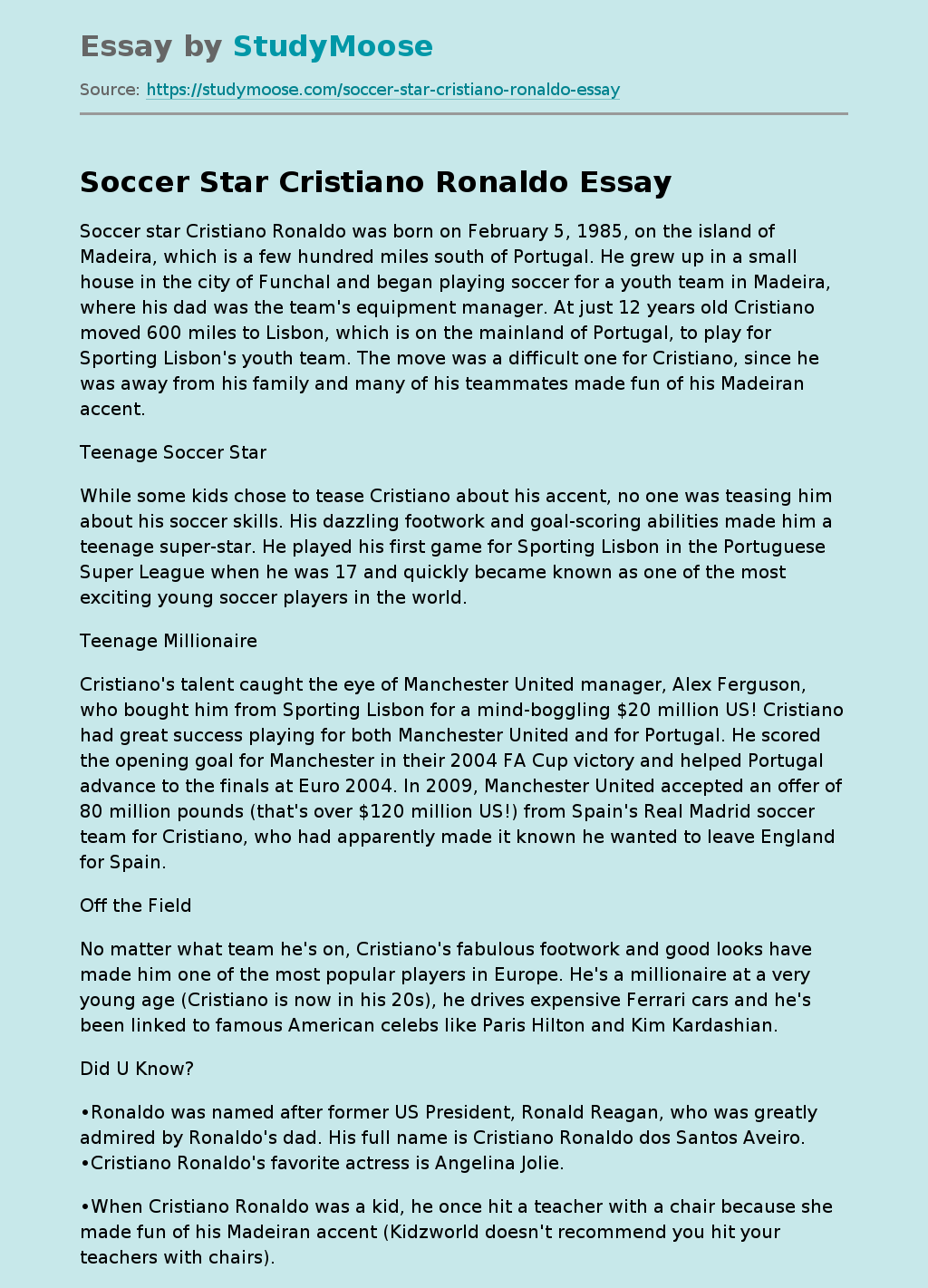