Renaissance Period, Its Causes and Effects

The Renaissance or otherwise known as the Rebirth was the mark of a new era of a way of life. It had taken place from the 14th to 16th centuries (or from 1350 AD to 1550 AD) and was a phase of changes which were more evident in culture and not a political event. The Renaissance had many causes from events occurring around Medieval Europe and in other parts of the world such as the Middle East and Asia.

Turn in your highest-quality paper
Get a qualified writer to help you with
“ Renaissance Period, Its Causes and Effects ”
Get high-quality paper
NEW! AI matching with writer

There were three types of effects; social effects, economic effects and political effects. Some social effects of the Renaissance were manners and etiquette, the development of literature and fine arts, and scientific inventions and discoveries. Economic effects were the development of trade and commerce and Colonialism. Lastly the political effects were the rise of strong monarchies and a change in warfare. All these effects of the Renaissance play their own part in their own category they were placed under.

Renaissance Period, Its Causes and Effects. (2016, Jul 13). Retrieved from https://studymoose.com/renaissance-period-its-causes-and-effects-essay 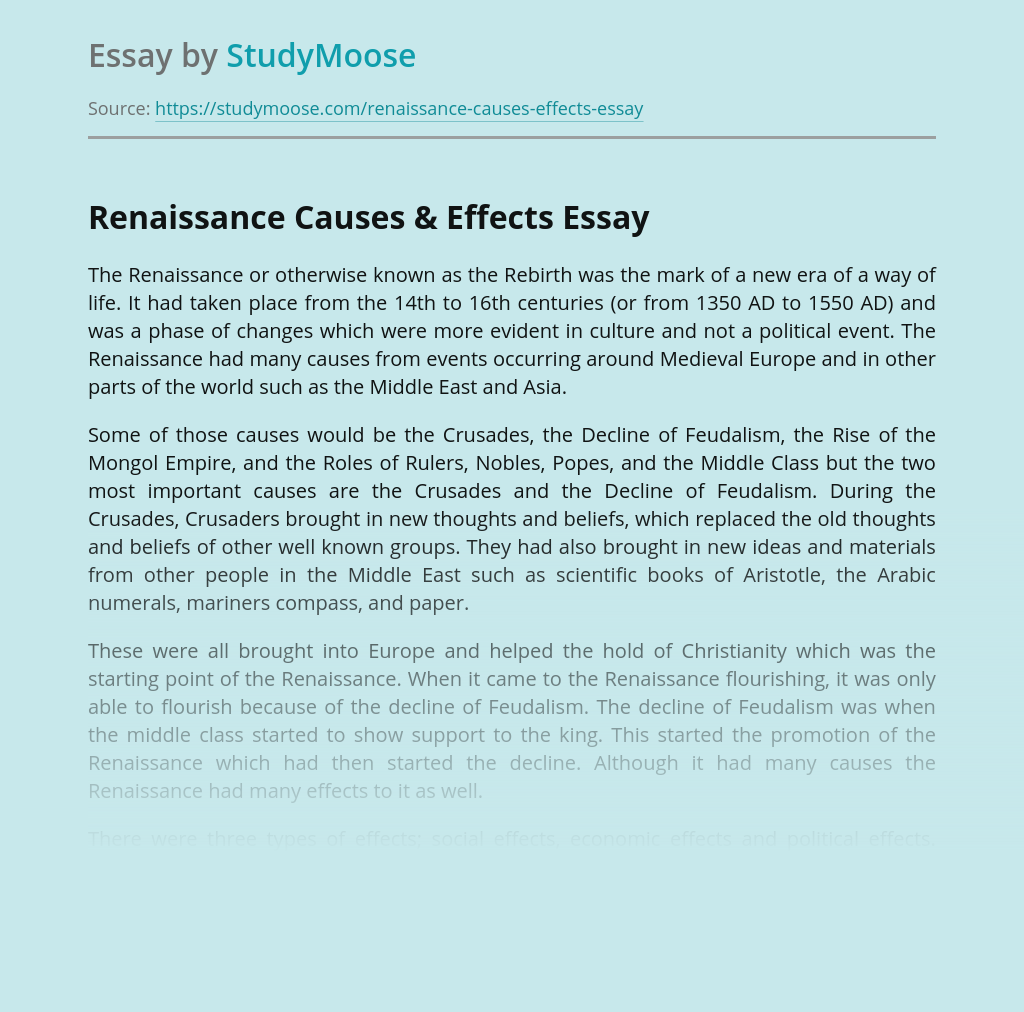 Turn in your highest-quality paper
Get a qualified writer to help you with
“ Renaissance Period, Its Causes and Effects ”
Get high-quality paper
Helping students since 2015
Stay Safe, Stay Original