In this piece, there is an incredible amount of symbolism, it is painted in a medieval style (drapery hides the body, etc. ), there’s a tremendous amount of detail put into it, and perhaps one of the most defining features of it is that it has got the patron in it. Since it was commissioned by someone besides the church, they wanted to be put in the piece of art that they paid to be painted.

The patrons of the altarpiece appear on the far left side, as if they were part of the scene itself.

Now we have Italian renaissance art. Some defining characteristics of it are that it is very classical (drapery tends to cling to the body, revealing the perfection of all the idealized bodies), they used plenty of linear perspective (whereas Northern art was more medieval, so they didn’t much care for that), they liked using illusions in their work, and they didn’t have patrons in their work because the church usually commissioned all the art.

Botticelli’s Birth of Venus is a good example of Italian renaissance art.

It not only has tons of drapery clinging to the female’s bodies, but it also has a nude person, common in classical art. This piece shows no particular patron, and so we can assume that it was commissioned by the church. One work of art commissioned by a patron is the Merode Altarpiece. Since this is a triptych, it has three panels. The patrons, that are identifiable as bourgeoisie from nearby Mechelen, appear in the left panel (the female donor and the servant in that panel appear to have been added later by a different painter once it was completed).

Since the patrons wanted to be in it, it had to be modified from the original. A peculiar example of patrons being in a work of Italian renaissance art is the Adoration of the Magi, painted by Sandro Botticelli in 1476, and commissioned by the Medici family. The Medici family was a pretty huge deal back then. Therefore, if they wanted to be in a painting, they would be in a painting. Botticelli painted many members of this high-class family in this work of Italian renaissance art.

Yet another example of patrons in a work of art is Hugo van der Goes’s Portinari Altarpiece, painted in 1475. It is another triptych, so it is divided in three. The difference between this one and the earlier one is that instead of having the patrons on just one side, they are on both sides of the piece, as if they were watching it. It is very medieval. The patrons in this seem to almost be a part of what is happening, but they don’t seem connected. 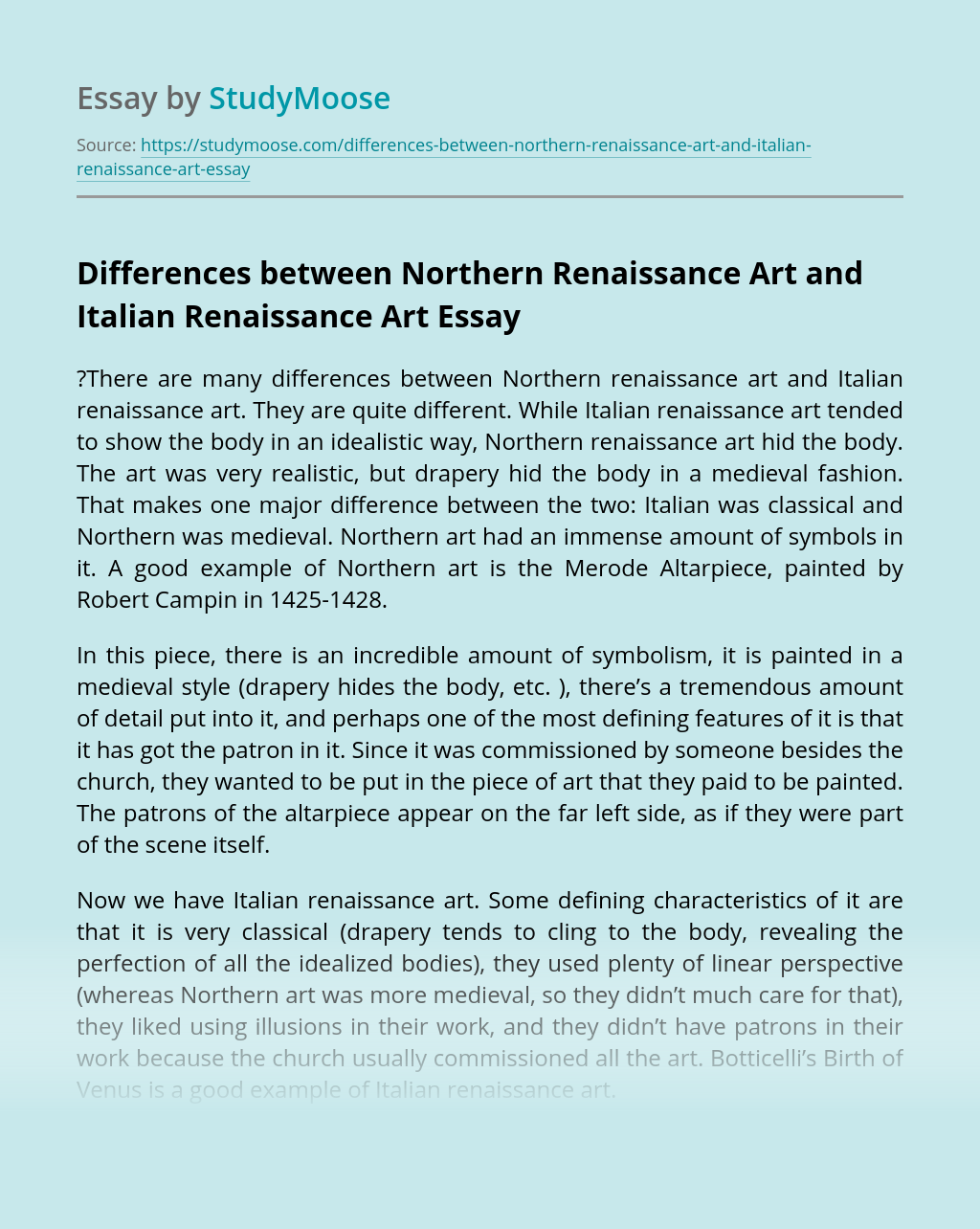