Overpopulation has occurred in Sudan because of high birth rates there.

Don't use plagiarized sources. Get your custom essay on
“ Overpopulation Essay ”
Get custom paper
NEW! smart matching with writer

Birth rates in Sudan are 38/1000. It is in Stage 2 of the Population Cycle. This means there is a large natural increase in the population that is putting a strain on existing resources, leading to overpopulation. In Sudan women have low social status and do not have easy access to education. Due to the lack of education women have low literacy levels and this, combined with poor health services, has led to high fertility rates of more than 5 children per woman.

The Sudanese government has not been able to provide enough housing, education or employment opportunities for its rapidly growing population. As a result, the Sudanese population is poor and has a low life expectancy of just 53yrs. These conditions are evidence of overpopulation in this region.

Lack of food is an effect of overpopulation in Sudan. Across the Sahel in general, high birth and population growth have led to desertification and reduced food supplies. Two thirds of the Sudanese population lives within 300km of the capital city Khartoum and the signs of overpopulation are obvious in this region of Sudan.

The rising population depends on wood fuel for cooking and this has led to deforestation of the region. Increasing numbers of people keep cattle and grow crops on the land. Population growth is leading to a rise in cattle numbers and over-cultivation of land. The cattle trample the soil and eat the grass cover that makes it less fertile and easily eroded by desert winds. This overgrazing has reduced food supplies. Constant cultivation of land has led to great damage to soil structure and fertility. Because wood is now scarce, cattle dung is burned as fuel. 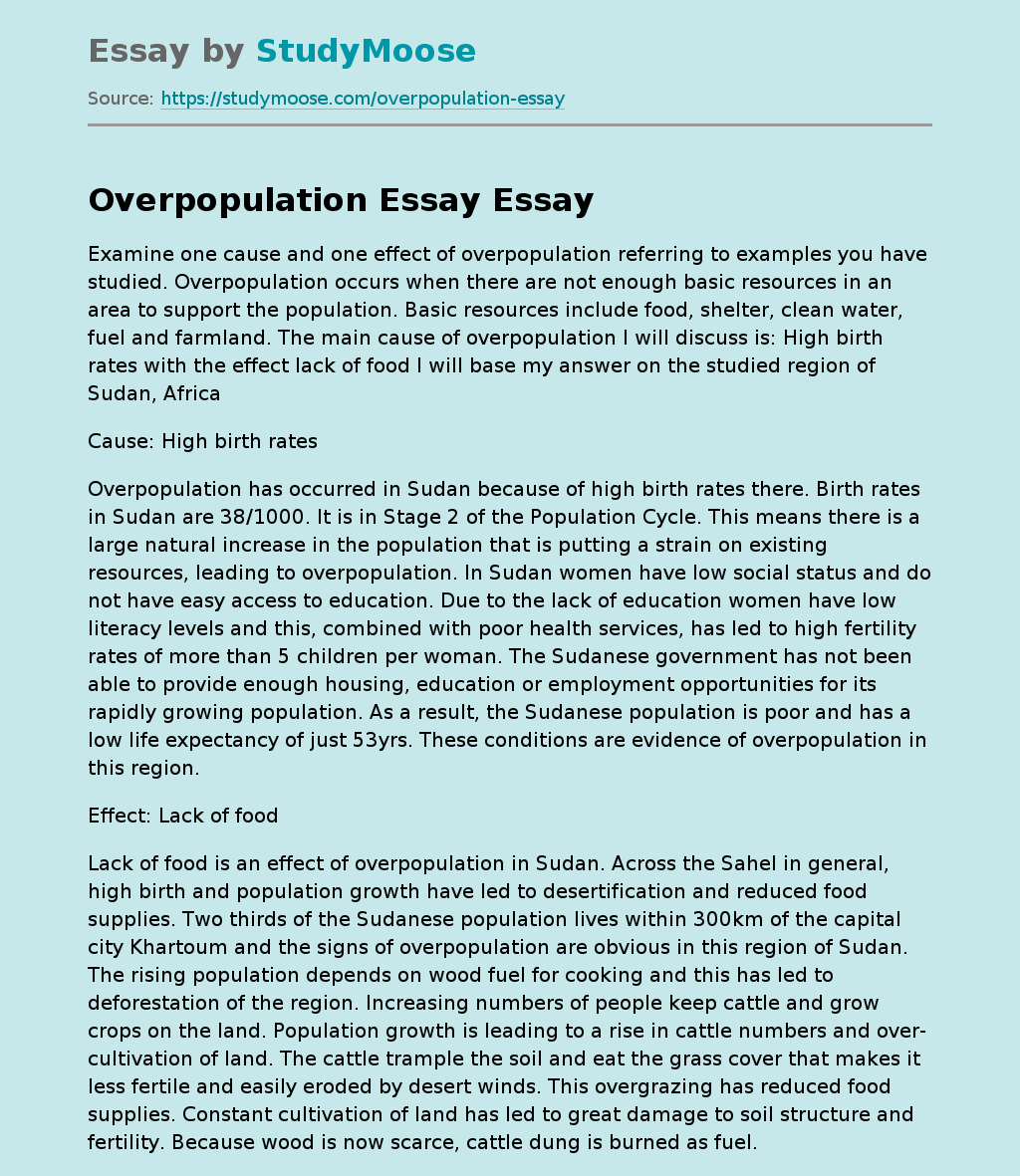