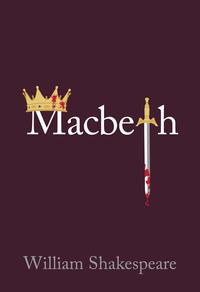 Macbeth is a tragedy play by William Shakespeare. Originally the Tragedy of Macbeth, it was first performed in 1606 but saw its first publication in 1623. This literary work is Shakespeare’s shortest tragedy among other plays that he wrote during the reign of James I.

Macbeth’s essay narrates the story of three witches that tell a general that he will become King of Scotland. Overwhelmed by his political ambition and his wife’s encouragement, he assassinated the King to make the prophecy come to pass and killed more people out of paranoia.

The play dramatizes political ambition’s physical and psychological effects on King Macbeth. The play originated from a true-life story. It was about King Duncan of Scotland until he was murdered by one of his generals, Thane Macbeth, in battle; Macbeth seized the throne to become the new King.

Many literary critics positively reviewed the play throughout history. In 1971 the play was adapted into a film of the same name. It received many praises and awards. It was named the best film by the National Board of Review the preceding year.

The play was set in the 15th century in Scotland, and it has a deep root in history. An Essay on Macbeth should express Macbeth’s bloody rise to power and tragic downfall.

The play narrates the life story of a victorious soldier in the army of King Duncan of Scotland who was fortune told by the Three Witches that he is to become King. The Witches also say to him that the future King of Scotland will be descended from his fellow army captain Banquo, not him.

With his wife’s encouragement, Macbeth killed the King and made himself King, and out of paranoia, he went on and killed more people threatening his reign. This leads to a civil war that results in more death.

In the play, the strongest theme is the damaging psychological effect of greed for power. The play further narrates the violent act he commits with his wife to achieve his goal, eventually leading to his downfall.

The characters in this Williams Shakespeare’s Macbeth are not particularly large, but each plays a vital role in the unfolding drama. Here is a list of the main characters from the Macbeth summary:

● Macbeth – Macbeth is a general in King Duncan’s army and formally the Thane of Glamis. He becomes tyrannical upon hearing the trio of witches’ prophecy that he will be King.

● King Duncan – King of Scotland, is a kind and trusting older man. His kind nature gives the opportunity for Macbeth’s betrayal.

● Lady Macbeth – Macbeth’s ruthless and ambitious wife. Upon hearing the prophecy, she encourages her husband into evil deeds.

● Malcolm – King Duncan’s son and proclaimed heir to his throne. He fled to England because he was suspected of killing the King.

● Banquo – Thane of Lochaber. He is also a general in Duncan’s army and also Macbeth’s friend. He was told he would become King, but he didn’t act like Macbeth.

There are hundreds of notable quotes in the play. These are the author’s words that have been repeated by many over the years. Some of the quotes are listed below:

An essay is a short piece of writing with a focus on a subject. It is a piece of writing that reveals a student’s knowledge of a topic. It is a popular method used in academic institutions to determine students’ critical thinking ability. It is used to ascertain students’ ability to develop an idea or argument using evidence, analysis, and interpretation.

As part of an academic curriculum, students must possess good writing skills. There are different types of essays; the content and length of a piece depending on the student’s level of understanding, subject of study, and the essay prompt. However, essay writing follows the same pattern; it must include an introduction; the opening paragraph, followed by the body of the work, and end with a closing paragraph, a summary of the whole idea.

As the name implies, this is the first paragraph introducing the topic and a short write-up description. When writing an essay, your introduction must contain an opening hook to catch the tutor’s attention, relevant information, and a thesis statement that gives the reader’s idea about your argument. It must be well structured, not too wordy or lengthy, and contain the necessary details. With just a few sentences, your introduction must include the summary of your argument, the point you want to discuss, and what the reader should look out for in the body of your work.

This is the main page of your essay. This is the area where you pen down your research, idea, viewpoint, and thoughts in full detail regarding the essay point. Without holding anything back or beating around the bush, your argument must be presented in a straightforward approach. Ensure each paragraph of your work is detailed enough to express your points. Be concise and avoid repeating facts.

After you’ve put down your points, bring your essay to an end. An essay can not be closed abruptly. The conclusion of your work must contain a paragraph that reintroduces your topic and summarizes your whole argument. Include a moral in your closing paragraph as it will reveal your connection with paperwork.[5]

Tips to Consider While Writing An essay about Macbeth

Essay writing can be a part of college admission requirements or as a class assignment; students are tasked with paper writing throughout their academics, and it can be difficult because it requires some level of skill and knowledge.

Writing a Macbeth essay is a task that requires some skill and knowledge. You need excellent writing skills to stand out. This type of essay is not different from other forms of an academic essay; your answer depends on how you understand the play. Regardless, these are tips to consider while writing an essay about Macbeth.

This is the first part of writing an essay; you must have complete knowledge of what you are being tasked with. Take your time to familiarize yourself with the material. The most common reasons for failure in essay writing are lack of understanding and poor research.

Before starting to write, read the book thoroughly. You can also download the pdf format of the book, popular summaries, and critic reviews. You understand every detail of the prompt before you attempt to provide answers. Understanding the author’s viewpoint will give you a better understanding of the task and how to interpret it.

Create a compelling topic from the number of themes in the book. There are a lot of titles that can be generated from the title, depending on your understanding of the book. Choose a topic that best analyzes your argument. Your topic must give the reader an idea of what your paperwork entails.

An outline is the sequential arrangement of points in order of use. This is a general step taken at the beginning of any paperwork. It will help you point out the thesis statement of your project and identify the central topics relevant to the paper. It will also help you put together your basic knowledge on the topic.

This is a short statement, usually one sentence, that contains the summary of the main point of an essay. This statement tells the reader the whole idea of your work. It expresses your interest and understanding of the work. Without reading the whole of your work, you want to give the reader an idea of what to expect; your thesis statement is what you need. It must be able to uphold the strength of your work.

Include a Lesson or Moral

You are entitled to how you understand and interpret the book. As a human, your perception is a function of your experience, values, and beliefs. You want the reader to see from your point of view and this is your opportunity to do that. It will show the impact of the book on you and how it can affect modern civilization.

This is the last and most important thing to do after you have put together your points; ensure you proofread your work before submitting it. Review the assignment prompt. Correct typos and grammatical errors, ensure the font size and format are accurate and ensure your arguments are carefully presented. The good news is you can have a well-written essay on Macbeth in no time with our expert writers.

Q: How do you write Macbeth in an essay?

A: Your Macbeth essay must follow a well-structured pattern. It must include an introduction, an opening paragraph, followed by the body of the work, and end with a closing paragraph, a summary of the whole idea.[6]

Q: What is Macbeth about?

A: Macbeth is about a general encouraged by his wife to kill the King after three witches tell him he will become the King of Scotland and the tragedy that follows his tyrannical act.[7]

Q: What are the 10 main points of Macbeth?

A: The ten main points include:

● He became paranoid at the banquet scene.

● Macbeth starts seeing ghosts of the people he killed.

Q: How do you start an essay in Macbeth’s intro?

A: Start with a remarkable opening statement, give the summary of the plot, and make sure you mention the theme and the thesis statement in your introduction.

Save Time On Research and Writing
Hire a Pro to Write You a 100% Plagiarism-Free Paper.
Get My Paper
We've found 428 essay samples about Macbeth
Prev
1 of 11Next
Other books by the author
A Midsummer Nights DreamAll's Well That Ends WellAntony and CleopatraAs You Like ItHamletHenry VJulius CaesarKing LearMacbethMacbeth CharacterMeasure for MeasureMuch Ado About NothingOthelloRichard IiiRomeo And JulietSonnet 130Taming of The ShrewThe Merchant of VeniceThe Taming of The ShrewThe Tempest
See more topics
Relevant topics
Duncan Character AnalysisLady Macbeth Character AnalysisMacduff Character Analysis
Similar genre
Narrative PoemApocalypticWomen'S FictionEssaysTrue CrimeQuotationComing Of AgeYoung Adult NovelHard Science FictionAction
Get to Know The Price Estimate For Your Paper
Topic
Number of pages
Email Invalid email

How Important Is the Approach in Teaching Schools
...But, Maybe, maybe you can’t relate to me, maybe you do enjoy spending time defining isotopes and you know what? That’s great. Maybe that means that you’re being taught something you might actually need for your future, something that's right fo...
What Leads to the Desire to Gain Power and Power
...Even in America today, there seems to be a growing violence with police officers. There have been many cases of police officers abusing their power and being brutal with civilians. According from A Times New York article “A cop was repeatedly punch...
How is Lady Macbeth Presented and Developed in Act 1?
...Lady Macbeth crossed the average women during that era. This is portrayed in the quote ‘Look like an innocent flower, but the serpent under’t’. This shows her ascendancy over her “love”, Macbeth. She uses these words to manipulate Macbeth, ...
Macbeth and How He Makes Decisions
...Macbeth's decisions are his own as he has free will therefore he is responsible for their consequences. Macbeth’s first malevolent act is killing Duncan although external forces including but not limited to the withces and his wife inspired him to ...
Still don't know where to start with your assignment?
Hire a subject expert to help you
Hire Writer
Studymoose.com uses cookies. By continuing you agree to our cookie policy
Live chat  with support 24/7
Don’t waste Your Time Searching For a Sample
Get Your Job Done
By a Professional Skilled Expert
HIRE Writer