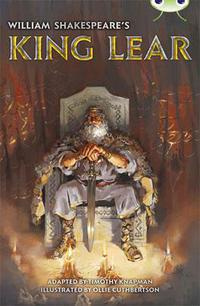 About the Book King Lear

William Shakespeare wrote this beautiful, tragic play. The play is based on the accounts of the semi-legendary Brythonic figure Leir of Britain, whose name has constantly been linked to the Brythonic god Lir. In reality, the names are not etymologically related. In the play, King Lear divides his land and power between his three daughters in his preparation for death. He later becomes needy and insane.

There’s no direct indication of when King Lear was first written or published. The first known performance of any version of this play was on St. Stephen’s Day in 1606.

Over the years, English Restoration has often revised the play for audiences who thought its language to be dark and depressing. Nevertheless, since the early 19th century, Shakespeare’s original work has been regarded as one of his significant achievements.

King Lear opens with the elderly Lear planning to retire. In his plans, he calls his three daughters: Regan, Goneril and Cordelia, to declare their love to him to determine his will. Lear’s two eldest daughters prefer exaggerated confessions to their father.

Cordelia, on the other hand, uses a different approach. She confesses that her love for him can not be put in words. Lear, in ignorant anger, banishes her and his close friend Kent, who tried to stand up for her. Gloucester, on the other hand, is a noble man to King Lear. His fate is parallel to that of Lear.

He had two sons, Edmund and Edgar, and just like Lear, he doesn’t know who truly loves him. Edmund, his illegitimate son, tries to take over his position and plant hate in his mind against his son, Edgar. He thus forges a letter, claiming Edgar was plotting to overthrow Gloucester.

● King Lear: The aging king of Britain who is used to being flattered. At the beginning of the play, his values are relatively low. He, however, changes and positively impacts other characters.

● Cordelia: Lear’s youngest daughter was disowned for refusing to flatter her father. Everyone in the play greatly respects her good virtues. Despite her apparent integrity, her reticence makes her motivations hard to read.

● Goneril: The oldest daughter of Lear. Goneril is a jealous, treacherous, and amoral character.

● Regan: The middle daughter of Lear. She is as jealous and treacherous as her older sister.

● Gloucester: A noble man to King Lear. He appears weak and cowardly at first but later shows that he is capable of some bravery.

● Edmund: He is a formidable character, succeeding in almost all of his schemes.

Quotes in the King Lear’s Book

Some of the most famous quotes in King Lear are:

● “When we are born, we cry that we come to this great stage of fools.” King Lear

● “Nothing will come of nothing: speak again.” King Lear

● “I cannot heave my heart to my mouth. I love your majesty according to my bond, no more, no less.” Cordelia

● “Thou shouldst not have be old till thou hadst been wise.” Fool

● “The weight of this sad time we must obey,

Speak what we feel, not what we ought to say.

The oldest hath borne most: we that are young

Shall never see so much, nor live so long.” King Lear

● “The art of our necessities is strange. That can make vile things precious. Come, your hovel.” King Lear

● “Thy dow’rless daughter, king, thrown to my chance, Is queen of us, of ours, and our fair France.” King of France

The “hook” is what draws your readers’ attention and makes them want to keep flipping the pages. Your hook may come as an eye-catching quote or question from the book. (Example: when we are born, we cry that we come to this great stage of fools. This is a catchy quote from the book: King Lear) this alone is capable of catching the attention of your readers. After which, you can move on to your thesis.

Your thesis argument must be lucid to make your stand known to your reader. Also, bringing up an outline can help your reader in the process of your writeup.

The main purpose of the body of your essay is to efficiently explain the examples you have given to support your argument. The first paragraph should carry your strongest argument. Your first line is also essential.

Also, your writeups should be well-detailed. It should contain content that will allow your readers to follow your line of thought properly. It is essential to explain to your readers what you choose as an example and why. After that explanation, you would present other criteria to enhance your justifications further.

The conclusion is also a vital part of your essay; it shouldn’t be seen as an afterthought, as it also carries a lot of importance. It is another chance to solidify your points further. It should be taken with all seriousness. You should start with concluding conjunctions (lastly, to conclude).

Lastly, your last sentence should be a catchy call to attention or global statement to give your audience the idea that you have brought your essay to an end and leave it resounding in their minds.

Tips To Consider When Writing an Essay About ‘King Lear’

It is common knowledge that you can only give what you have. Therefore, to beautifully write something about the book, you have to understand the book quite clearly. This can only be achieved by reading the book thoroughly. While reading King Lear, you should be able to come up with intelligent questions and queries about each character’s motive, the role each played and the result of each.

As stated earlier, while thoroughly reading the book, many questions will pop into your mind. The answers to all those questions should effectively give you a mouth-watering topic.

Questions like: What did the author try to convey regarding social vices and how things are perceived in society? What is the story about? What problems arose in the story? With all these questions going through your mind, a suitable, compelling topic will emerge.

To create a juicy thesis statement, you must think of all the necessary and relevant examples to improve and beautify your thesis. You can add it as your thesis statement. Also, you need to find relevant examples from the play that will enhance and beautify your chosen position. Relevant quotes also help in the thesis creation.

The next step is to organize your thoughts into an outline. Your outline will serve as the foundation upon which all your content will be built. Your outline should contain three parts: introduction, body, and conclusion. This was mentioned earlier, but we will briefly go through it.

Your introduction must contain a ‘hook’ to keep your readers’ attention focused. It may be a popular quote in the book, an anecdote, or a question. It should also contain a little background on the book, like the author, when it was written and first published.

The body of your essay must carry the essence of your thoughts. Communicate them clearly without beating around the bush. Each paragraph should carry a new idea. The conclusion must wrap up your ideas in a catchy way. Allusions to your thesis and supporting ideas should also be here.

Include A Moral Lesson

Finally, revise your essay. Read it repeatedly. Modify your sentences and reorganize your thoughts. Make it more coherent. However, if you need the inspiration to write an essay about King Lear, our writers are here to help you while you enjoy the book’s delights.

Why did Lear banish Cordelia?

Lear could not fully understand the depth of Cordelia’s confession as he was an attention and compliment lover. He did not know how to differentiate the fake love people showed him because he is powerful and the love Cordelia had for him because she was his daughter.

Who rules Britain at the end of the day?

At the end of King Lear, it is unclear who rules Britain at the end as Kent hints that he is going to die soon, and Edgar is only focused on ruling his father’s portion. This suggests that when the social order is broken, there’s no guarantee it will be repaired.

What is the central message of King Lear?

King Lear comes packed with many moral lessons and messages. However, the main message is that lack of self-knowledge can lead to tragedy. It also shows that knowledge, sometimes, comes at high prices, as seen in the price Lear had to pay (his sanity, life and kingdom) just to know who truly loved him.

Why is King Lear vital?

It reminds us that life is hard and no one can fully prepare for all eventualities. King Lear also shows that life is not all about loud declarations of love and that there is no substitute to love, understanding and patience.

How does Shakespeare present Lear’s increasing lack of power and authority?
...As an audience, during the first act we see the loss of Lear’s power through the disobedience of other characters. In handing over his kingdom to his two daughters, we soon discover that in doing so he also handed over the respect others have for h...
How does Shakespeare explore madness in King Lear in Act 3 Scene 2?
...Lear’s thoughts are further explored when Shakespeare writes, “ is it the fashion that discarded fathers should have this little mercy on their flesh? Judicious punishment” The use of “fashion” reflects his previous criticism of Regan’s v...
How does Shakespeare create a sense of unease in Act 1 Scene 1 of King Lear?
...It is through the exploration of these themes that aspects such as conflict, confusion, and instability arise, the product of which is the pervading feeling of unease- the feeling that life, not only family life but also the typical English life, is ...
If Justice is relative, depending on personal point of view, how can it be Justice?
...Cordelia's death can be viewed as a sacrifice to eliminate her father's sins in biblical perspective. Assuming that Shakespeare intended her justice to be served in heaven, poetic justice to most characters portrays that the play employs some justice...
Just How Admirable is Edmund?
...Everything he has done has been for his own advancement and he can never carry out the worst of acts himself, he leaves that duty to others. At the end of the play when he attempts to save Cordelia and Lear when he realises he will die and hence has ...
How does the first scene of King Lear foreshadow the themes and imagery of the rest of the play?
...Personally, I do not find Lear a particularly drawing and interesting read, as it is almost the exact polar opposite of the kind of literature I prefer, but I do appreciate the genius, the effort and the motivation pumped into it by the playwright, a...
Explore the ways in which Shakespeare presents the characters Goneril Regan and Cordilia in “King Lear”
...Upon her return she tries to help and sustain her father. While he is asleep she professes her deep and abounding love for him, which she was unable to speak of before. Shakespeare has created three magnificently drawn out characters two evil and one...
Still don't know where to start with your assignment?
Hire a subject expert to help you
Hire Writer
Studymoose.com uses cookies. By continuing you agree to our cookie policy
Live chat  with support 24/7
Don’t waste Your Time Searching For a Sample
Get Your Job Done
By a Professional Skilled Expert
HIRE Writer