Essays on Comedy of Errors 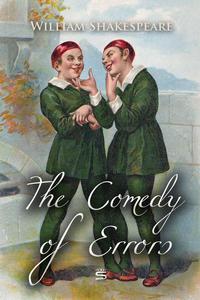 The Comedy of Errors is one of William Shakespeare’s earliest plays, believed to have been written between 1589 and 1594. It is his shortest and one of his most farcical comedies, with a major source being the Roman playwright Plautus’ play Menaechmi, which tells the story of two identical twins who were separated at birth.The play’s plot revolves around two sets of identical twins who were separated at birth. One set lives in Ephesus and the other in Syracuse. The twin from Syracuse, Antipholus of Syracuse, arrives in Ephesus, searching for his long-lost brother. However, due to the fact that the two men are identical, the people of Ephesus mistake him for his brother, Antipholus of Ephesus.Hilarity ensues as the two men are constantly confused for one another, leading to a series of misunderstandings and mix-ups. In the end, the two sets of twins are reunited and all is well.The Comedy of Errors is one of Shakespeare’s funniest and most light-hearted plays, full of mistaken identity, slapstick humour, and witty wordplay. It is a delightful romp that is sure to leave audiences laughing.