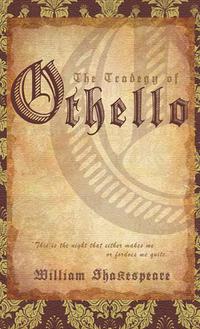 Othello is a tragedy written by William Shakespeare. The play tells the story of Othello, a Moorish general in the army of Venice, who is tricked into believing that his wife Desdemona is having an affair with one of his subordinates, Cassio. Othello then kills Desdemona in a fit of rage, only to realize too late that she was innocent.

How does Shakespeare reveal Iago’s villainy throughout ‘Othello’?
...This signifies the power change that occurs in this scene when Iago was a loyal servant with his superior to an evil, back-stabbing friend telling 'what he thinks'. Of course the audience knows what Iago 'thinks' may be what he thinks but are essenti...
How does Shakespeare convey a sense of impending crisis in Act IV?
...Othello weeps because of his marriage, while Desdemona cries because she doesn't understand what is going on. The mind of the former has been destroyed; the body of the latter is shortly to be tortured. Overall, there are so many differences between ...
With reference to act 3 scene 3, explain why Othello becomes convinced of his wife’s unfaithfulness
...The whole scene is built up in a way that would make Othello believe that His wife is having an affair, although I think some parts are not believable, for example with the handkerchief and why Othello didn't remember he told Desdemona to leave the h...
Those qualities which made Othello heroic (or admirable or exceptional) also caused his suffering. To what extent is this statement true?
...In summary, Othello possesses the exceptional qualities mentioned in A.C Bradley’s definition of a tragic hero. The qualities are valuable to him at the play’s beginning, but are turned against him. It is through Iago’s ambition to destroy the ...
Othello has been called ‘the least heroic of tragic heroes’. How far do you agree with this view?
...If you believe that Iago forces Othello to his downfall as opposed to just pushing him towards it then this qualifies him as heroic as it is merely his trust and jealousy which result in his demise. Personally I feel Iago's character lies between pur...
Still don't know where to start with your assignment?
Hire a subject expert to help you
Hire Writer
Live chat  with support 24/7
Don’t waste Your Time Searching For a Sample
Get Your Job Done
By a Professional Skilled Expert
HIRE Writer