Home Literature William Shakespeare The Taming of The Shrew

Essays on The Taming of The Shrew 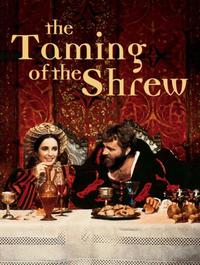 The Taming of the Shrew is a comedy by William Shakespeare, believed to have been written between 1590 and 1592. The play begins with a framing device, often referred to as the induction, in which a mischievous nobleman tricks a drunken tinker named Christopher Sly into believing he is actually a nobleman himself. The nobleman then has the play performed for Sly’s diversion.
The main plot depicts the courtship of Petruchio, a gentleman from Verona, and Katherina, the headstrong, obdurate shrew. Initially, Katherina is an unwilling participant in the relationship, but Petruchio tempers her with various psychological torments, including keeping her from eating and sleep, until she becomes a compliant and obedient bride. The subplot features a competition between the suitors of Katherina’s younger sister, Bianca.
The play is one of Shakespeare’s most popular comedies, and has been adapted numerous times for stage, film, musical, and opera.

FAQ about The Taming of The Shrew

Representation of Women in Literature and How it Changes Over Time
...The main effort of the course is to make people aware, aware of feminism, equality, sexism, objectification, and to hope the students use the information they learn to lead better lives, to help fight for equality, and stop sexism and objectification...
What does Shakespeare have to say about the role of women?
...For although Shakespeare has used dramatic technique and language to portray Katherina in a bad light, there is also indication that she is a witty woman of high intellect. "A pretty peat! It is best put finger in the eye, and she knew why." (Act 1, ...
Still don't know where to start with your assignment?
Hire a subject expert to help you
Hire Writer
Live chat  with support 24/7
Don’t waste Your Time Searching For a Sample
Get Your Job Done
By a Professional Skilled Expert
HIRE Writer