Part A) The American and Mexican cultures both celebrate Holidays. Some are similar such as our Independence Day/ the Mexican Independence Day, and Valentine’s Day, and some are different. Americans celebrate New Year Day which is celebrating the first day of a new year, Memorial Day honors the American soldiers who have died in the military, Labor Day which was once a pure labor union celebration is now a festival marking the end of summer, Columbus Day is the day Christopher Columbus arrived in America, Veterans Day honors our military Veterans, Thanksgiving Day is a harvest festival that expresses thankfulness and gratitude, and Christmas Day celebrates the birth of Jesus.

Don't use plagiarized sources. Get your custom essay on
“ American/Mexican Culture ”
Get custom paper
NEW! smart matching with writer

American and Mexican cultures have different foods. American food consist of Hamburgers, Chicken, Steak, potatoes, macaroni and cheese, corn, green beans, chili, spaghetti, salad, bread, cupcakes, and chocolate. There are many more American foods this is a small example. Mexican food consist of, Tamales-which has dough that is made out of corn which is called masa. The masa is wrapped in corn husk. Enchiladas-which is a tortilla that is covered with red chili, in the inside you could put pork, or chicken.

Part B) I have been affected by a culture barrier many of times. On Time in particular was not too long ago. I work at Subway and we had some Mexicans come in. They didn’t speak a bit of English and neither my coworker nor I spoke any Spanish. There were about 10 Mexicans wanting food and there were only two of us trying to figure out what they were telling us they wanted. It was funny, they were pointing at the signs trying to tell us what they wanted, but as you probably know there are a lot of different sandwiches on each sign. So, we were not getting nowhere that way. I just started making them random sandwiches, they didn’t seem to care. This situation could have been prevented if my coworker and I knew some Spanish, or if the Mexicans would have known some English. 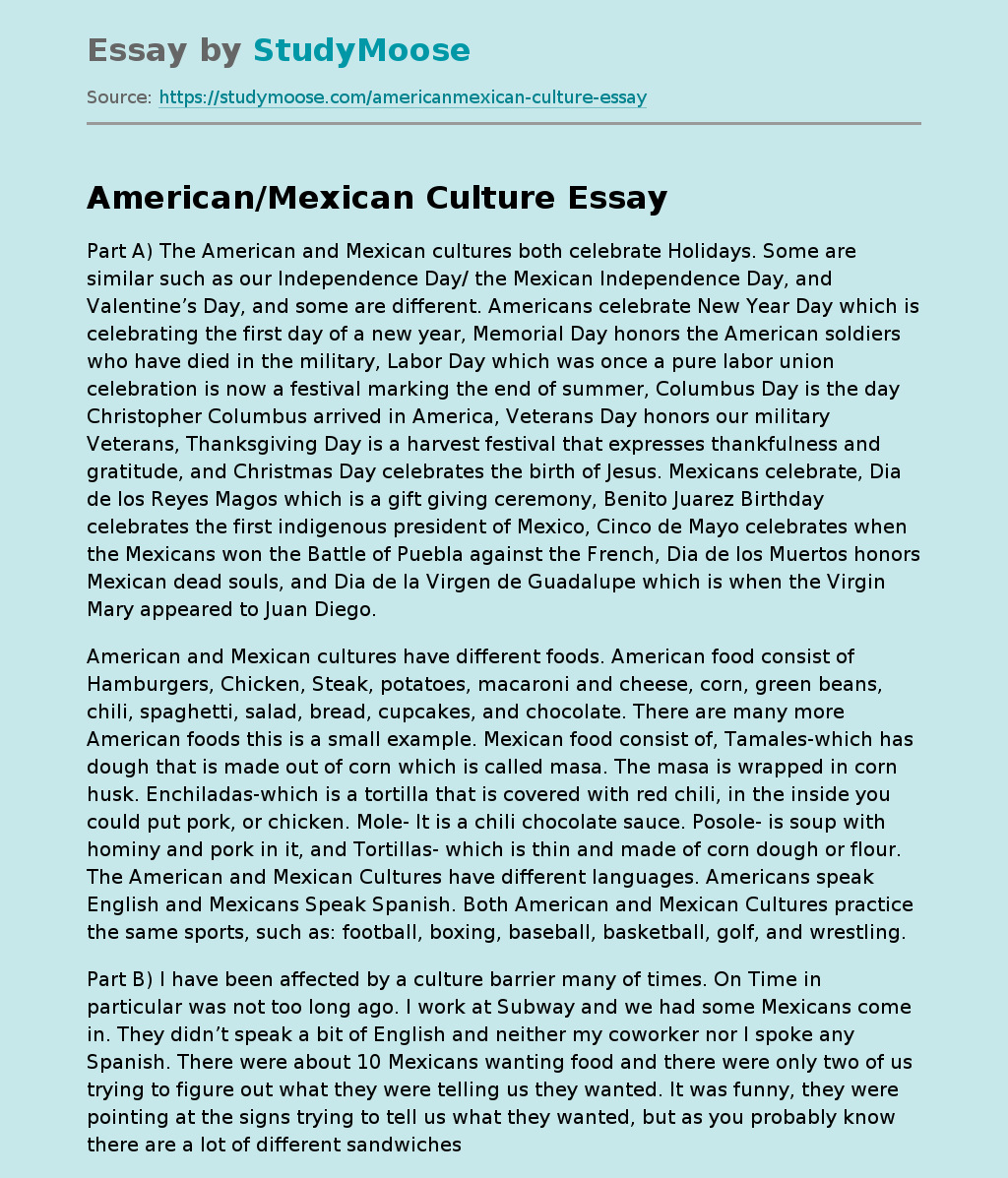