Would it be better for all of us if cars were never invented?

There are many reasons why cars are good and bad. People may say “it might have been better for all of us if the car was never invented.” Although; others may say “it was the best thing for all of us that the car was invented.”Lets say cars had not been invented. How would we all have got here on time? Many of us don’t live next door so it would have taken a long time to get down here by foot or horse and cart.

Don't use plagiarized sources. Get your custom essay on
“ Would it be better for all of us if cars were never invented? ”
Get custom paper
NEW! smart matching with writer

If cars had never been invented, the roads would probably not be as smooth as they are today. I’m not saying cars changed the road conditions, but it was certainly one of the major reasons to improving it.

If the roads had not changed and cars were on the road, how often do you think we would have the change tires and buy new suspension? People may say that we are creating too much carbon dioxide and carbon monoxide but volcanoes produce more carbon dioxide in a day than we do in a year by driving cars.

There are many benefits from cars being invented. One major benefit is traveling time and comfort.

As i noted before, a journey from London to Manchester can now take hours instead of days or weeks. We also benefit from a smooth ride in safety whilst listening to your favourite music. Because of cars, many things have become possible and effective, for example travelling long distances.

Bibliography – No texts or websites were used to create this essay as it was a GCSE year 11 (UK) mock exam question and only had my thoughts and opinions to create the answer.

Would it be better for all of us if cars were never invented?. (2016, Aug 04). Retrieved from https://studymoose.com/would-it-be-better-for-all-of-us-if-cars-were-never-invented-essay 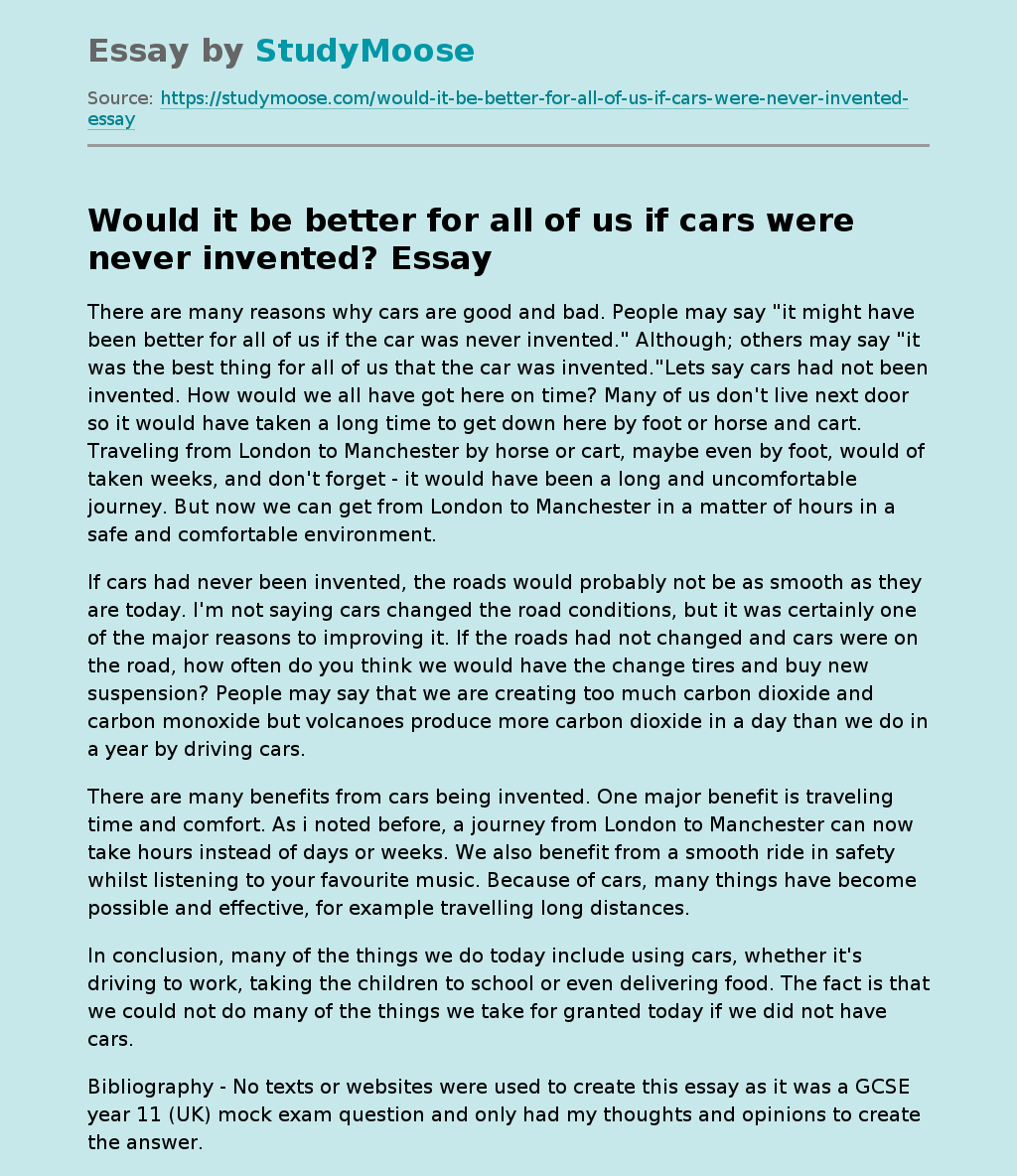