Today with the development of technology we can own many cell phones or smartphones that are very modern and have many functions. I’m looking for a smartphone that I feel that phone is suitable for me. I consider 2 smartphones I choose. It’s the Apple iPhone 4S and the Samsung Galaxy S II. We will compare some features both of them such as: design, screen, processor and operating system so that I can choose a smartphones for me.

The first thing I want compare the Apple iPhone 4S and the Samsung Galaxy S II are the designs of it.

Don't use plagiarized sources. Get your custom essay on
“ Smartphones Comparison ”
Get custom paper
NEW! smart matching with writer

This is quite understandable because Samsung uses less metal in the Galaxy S II design. Therefore, if you try to hold both of them, iPhone 4S will feel more steady. The second thing we want to compare is the screens of Galaxy S II and iPhone 4S. The screen of Samsung Galaxy S II is 4.27-inch, 800 x 480 px and has a 218ppi, Super AMOLED Plus and iPhone 4S is 3.5-inch, 960 x 640 px, 326ppi, LCD.

Apparently, the screen of the Galaxy S II is bigger than apple iPhone 4S. If you put the two smartphones side by side, you’ll see the difference that the Galaxy S II allows surfing and watching movies with the 4.27 inch screen. One of the most important features is the 4.3-inch WVGA AMOLED screen S2 Galaxy Super Plus. It is one of the brightest things I’ve ever seen. The screen of iPhone 4S is great, but the screen of Galaxy S II is greater. Another thing, we compare little bit about processor of it ( the Samsung Galaxy S II has Exynos 4210 1.2GHz and iPhone 4S is A5 1GHz). The dual processor chips are produced by Samsung, is dual-core CPU with high speed. The main difference lies in the ability to handle graphics. The Galaxy S II integrates quite impressive graphics processor chip Mali400 quite i. However, Apple’s PowerVR SGX543MP2 A5 is more powerful than the Galaxy S II. Thus, the device powers supply Apple with the graphics smoother than Galaxy S II.

Although Bluetooth 3.0 on the Galaxy S II is more backward than Bluetooth 4.0 on iPhone 4S, Galaxy S II allows running 4G network – a huge advantage ( the iPhone only runs 3G network). The Galaxy S II also scored DLNA wireless connectivity through applications All Share, the experts rated higher than AirPlay of IOS or even Apple TV. In addition, operating of the iPhone 4S is iOS 5 and Siri ,and the Galaxy S II is Gingerbread Android 2.3 and 4.0 interface TouchWiz. About the technology acknowledge Siri voice control software is an important point on IOS. As of now, the experts claim iOS 5 has “learning” all the best things of Android and added to its user interface.

It can be said, both the iPhone 4S and the Galaxy S II have great technology in every feature. However, if we compare more severely, the Galaxy S II is marginally better than the iPhone 4S. The dual-core A5 chip in the iPhone 4S is really groundbreaking, but nothing compares with the touch screen of the Galaxy S II. Or more people would have beloved IOS than Android, simply because “intelligent assistant” Siri. For me, after comparing in a general way I feel more like choosing the Samsung Galaxy S II than the Apple iPhone 4S . 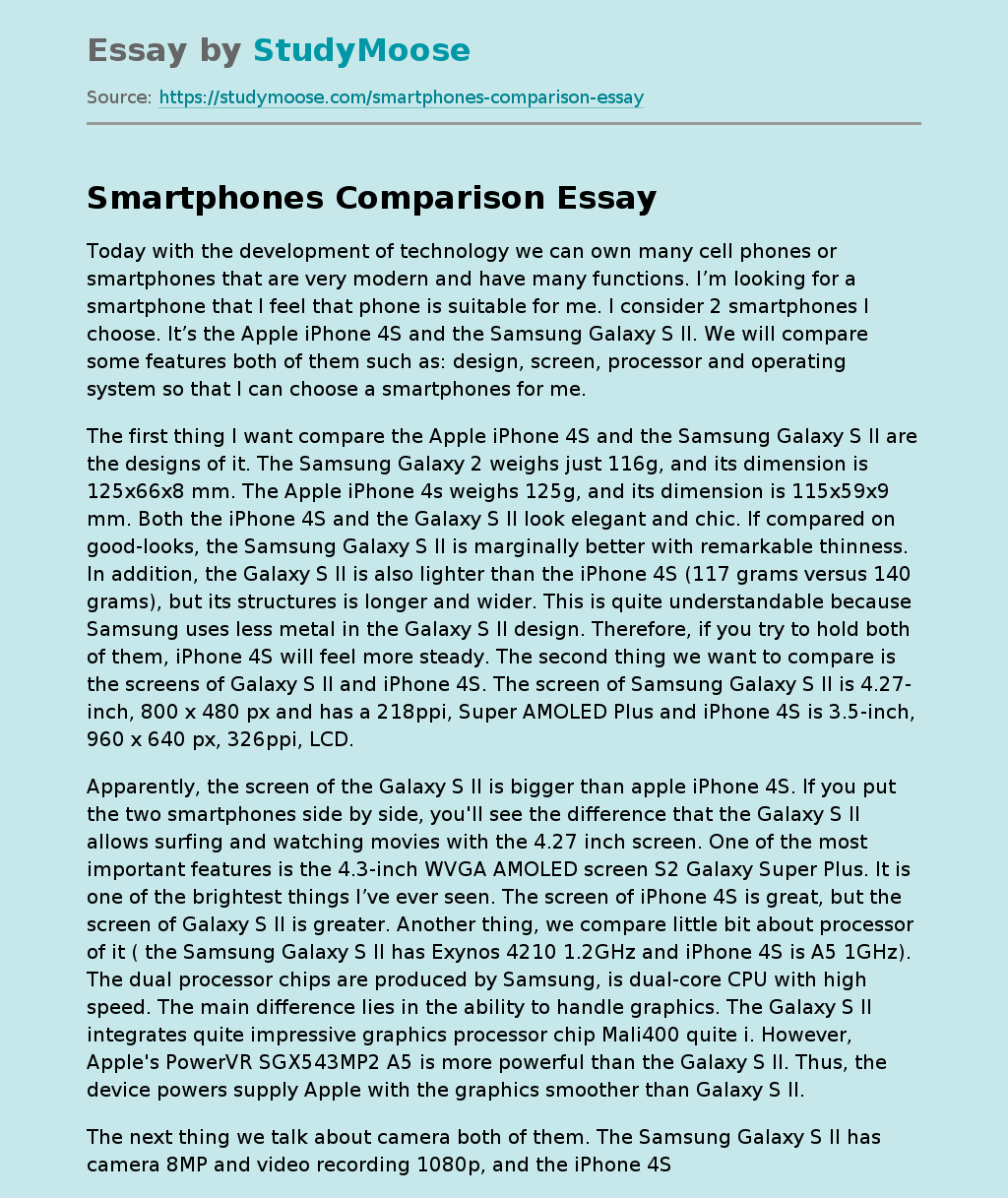