Don't use plagiarized sources. Get your custom essay on
“ Reflective Essay ”
Get custom paper
NEW! smart matching with writer

It was an honor to learn from Dr. Mathilda Spencer. I am glad that I registered and took this Sociology class.

In Sociology for my spring 2019 semester I learned about many different topics. My favorite topics were Crime and Deviance and Gender and Sex as it related biologically and as a social construct and how society develops overall. What I found interesting and fascinating about Crime and Deviance is I didn’t think that Crime and Deviance really had a place in society before.

I thought it was one of those things that was just one of those moral flaws that serves no purpose other than to prove that in which humans are imperfect and well, evil in some ways but also like good. So, I thought of it more like a spiritual type of thing. But as we learned about the different theories such as conflict theory. There are reasons for why there is deviance and why there is crime. For one thing a functionalist might argue that crime is actually is the reason we have law enforcement, judges, and a whole criminal justice system.

In conclusion everything from the smallest and tiniest things from crime and deviance to gender and sex to what makes the world the way it is all important parts of sociology and they reflect every day in our lives granted my little microcosm of my world that I ‘live’ in is nowhere near as diverse as it could be but I can definitely see my sociological perspective showing although I may need to stop leaning so heavily into Karl Marx’s conflict theory. The largest lesson I also took from taking this Sociology class was the way to look at things from a different perspective. 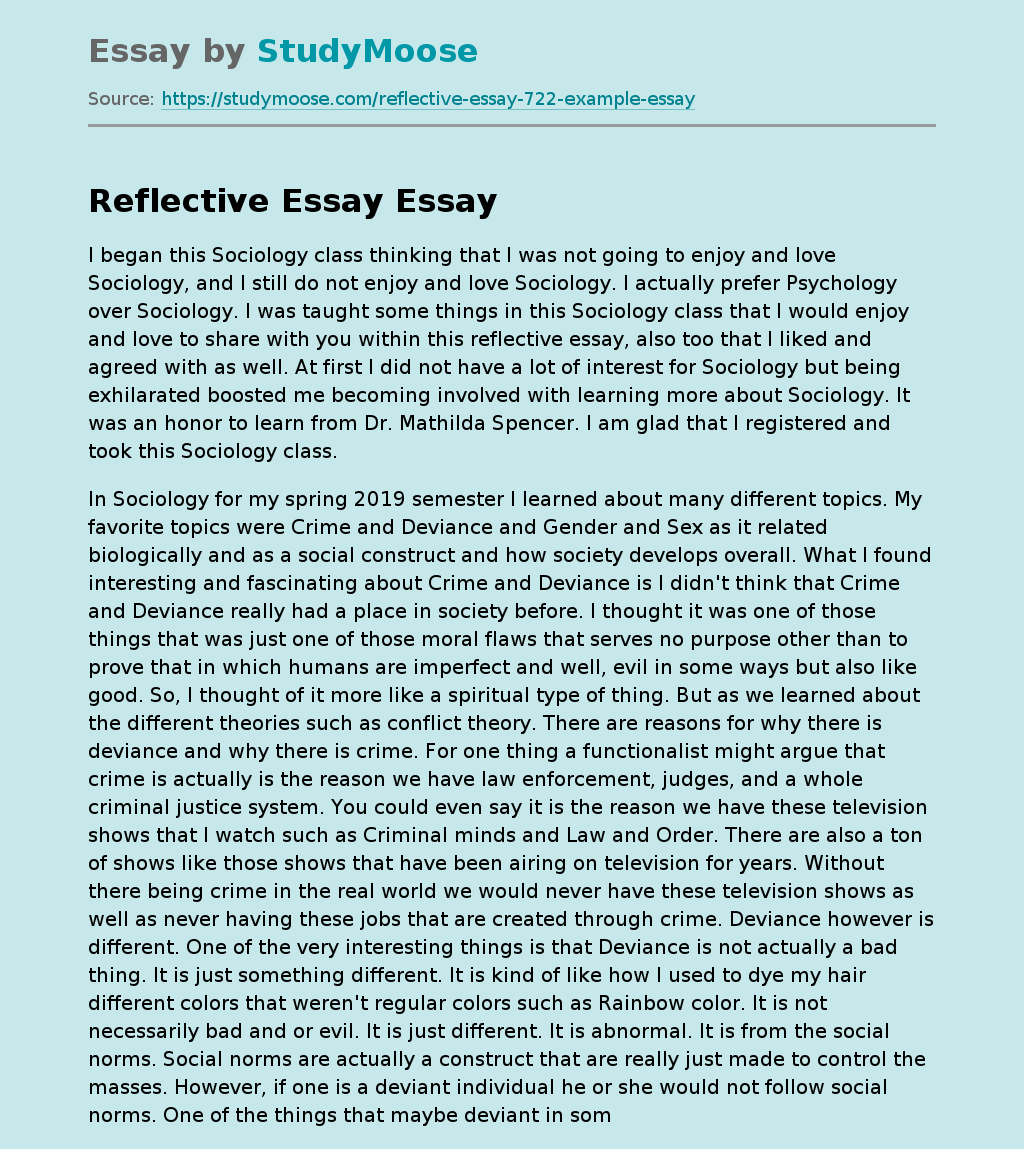