Positive And Negative Of Social Media

Don't use plagiarized sources. Get your custom essay on
“ Positive And Negative Of Social Media ”
Get custom paper
NEW! smart matching with writer

Facebook, twitter and other social networking sites today is the application of technology that are popular among teenagers as well as children. With this website we can expand both kinship and friendship with the wider community, not only within the scope of the neighborhood alone but from different walks of life, environmental and social status.

It is a must for teenagers to have it. Given this social networking site has resulted in a positive or negative impact. The positive impact of social networks such as means to promote ad recently referred by selling online, there is also what makes the group or community to exchange information and also extend friendship.

Positive And Negative Of Social Media. (2016, Sep 08). Retrieved from https://studymoose.com/positive-and-negative-of-social-media-essay 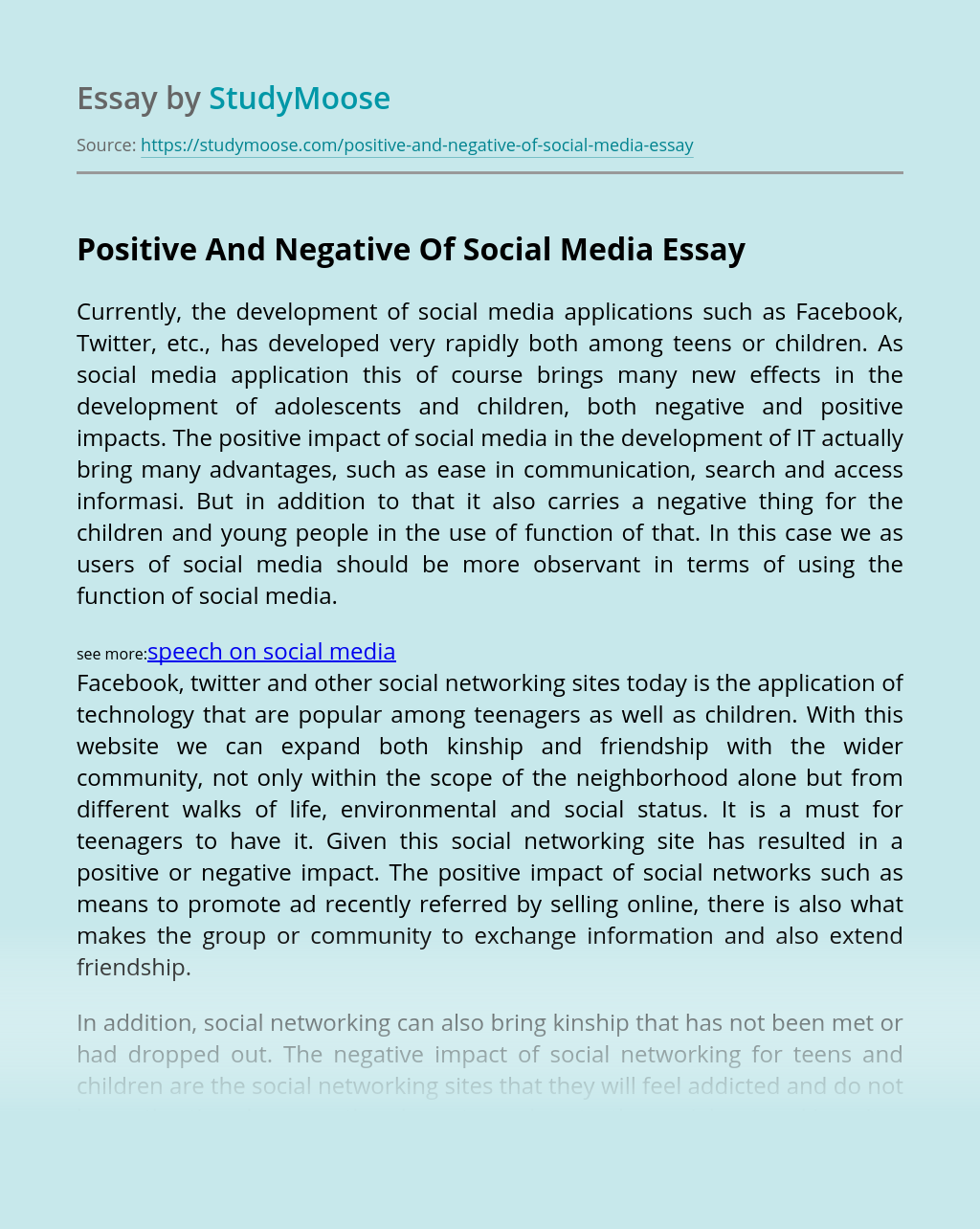