MULTIMODAL DISCOURSE: IMAGE-TEXT RELATIONS OF POLITICAL CARTOONSA research submitted in partial fulfilment of the requirements inDiscourse Analysis (EDL 240)JEZELLE JEAN B. SOQUITA College of Education Central Mindanao University Musuan, Maramag, Bukidnon 2018AbstractPolitical cartoons are used to communicate as part of people’s daily expression. The implication can be seen anywhere like in arts and writings that make it multimodal. One of the modes it studies is the image and its relation to a text. In this study, images like in an editorial cartoon were analyzed through semiotic theories.

The recognition of Multimodal identifies the modes being used like the verbal and non-verbal semiotic potential of an editorial to convey a message or tell a story. The purpose of this research is to analyze the semiotic meanings of the political cartoons and identify the image-text relationship and verbal and visual semiotic potentials together to convey a message of political cartoons that convey a socially symbolic reality to the readers. This research was done qualitatively with a descriptive method of interpreting the non-linguistic and linguistic elements of the data that were taken from local and national publications. 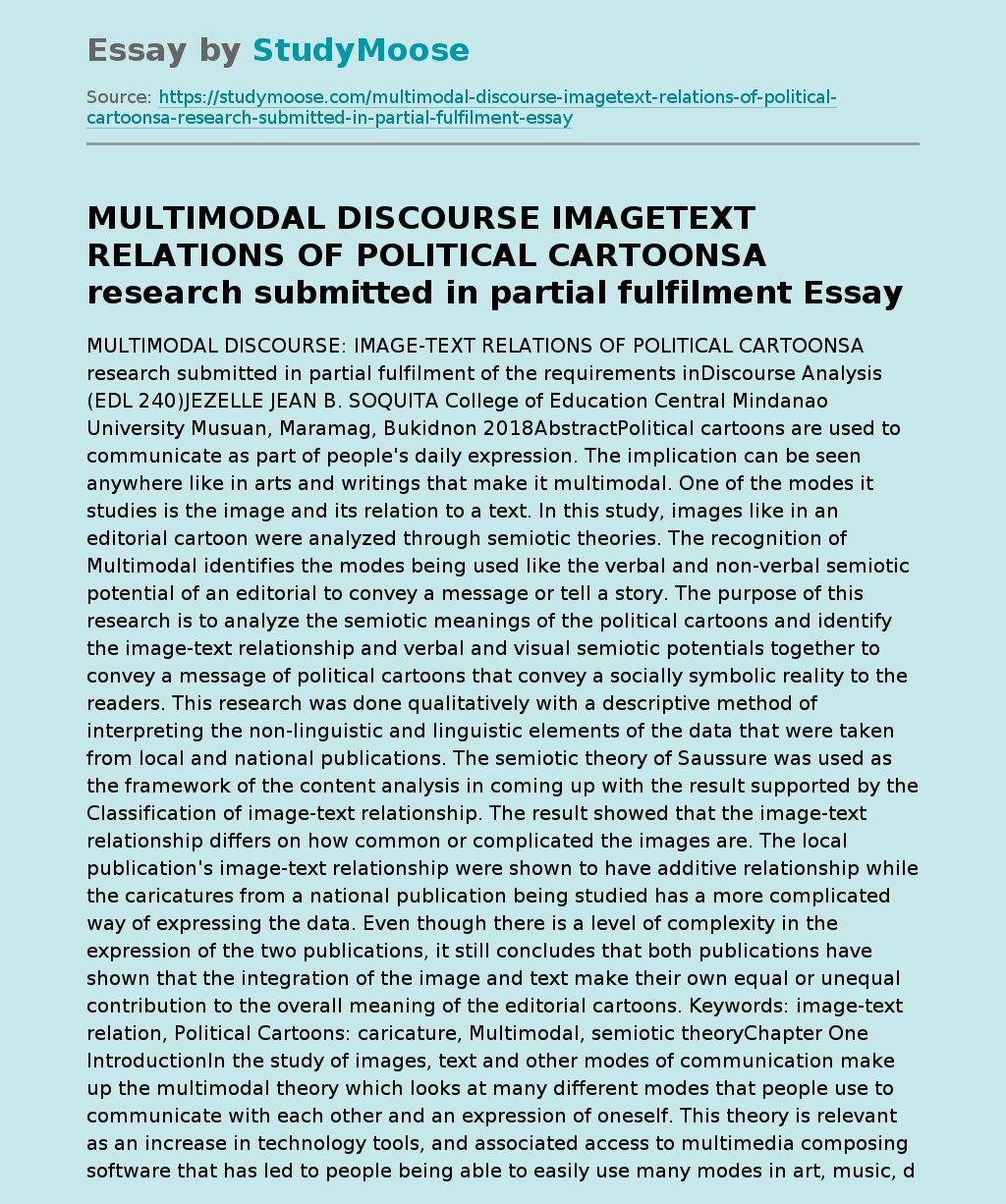