A discussion like this frequently happens in discussions between teens and adults. Although both Animations and Anime are caricatures that may be animated, they differ in visual characteristics and topics/themes. In terms of visual qualities, Anime is obviously closer to truth than Cartoons. Anime characters have distinct facial expressions and a large variation of physical attributes.

They portray the tone, energy, and movement of a genuine human being. Cartoons, nevertheless, have features that are not relative to the remainder of the body.

Don't use plagiarized sources. Get your custom essay on
“ Anime vs Cartoons ”
Get custom paper
NEW! smart matching with writer

Unlike Anime, Animation characters tend to represent nearly anything, inanimate things or animals, making its concept further from truth. Anime topics and styles focus mainly in life concerns or things tied closer to human emotions. Japanese animators tend to add the sense of realism in Anime.

This is done by animating how water flows, how fire burns wood, and how tears manage to fall from someone’s eyes. These characteristics are what make Anime much appealing to most audiences.

On the other hand, Cartoons are generally made to make people laugh, that’s why most cartoon characters are somewhat disproportional, colorful, and comical. Cartoon character traits are far from reality. They are works of imagination which are humorous. However, Cartoons lack the sense of realism.

For example, when a Cartoon character cries, it isn’t that effective to audiences because of the way the tears are coming from the character’s eyes. Furthermore, whatever emotion should you try to incorporate with a Cartoon character, it will still be funny.

As an overall evaluation, Anime could be much better than Cartoons since it can incorporate different human movements and emotions. Unlike Cartoons, Anime’s aim isn’t just to induce laughter, but also to depict true human nature, feelings, and emotions. 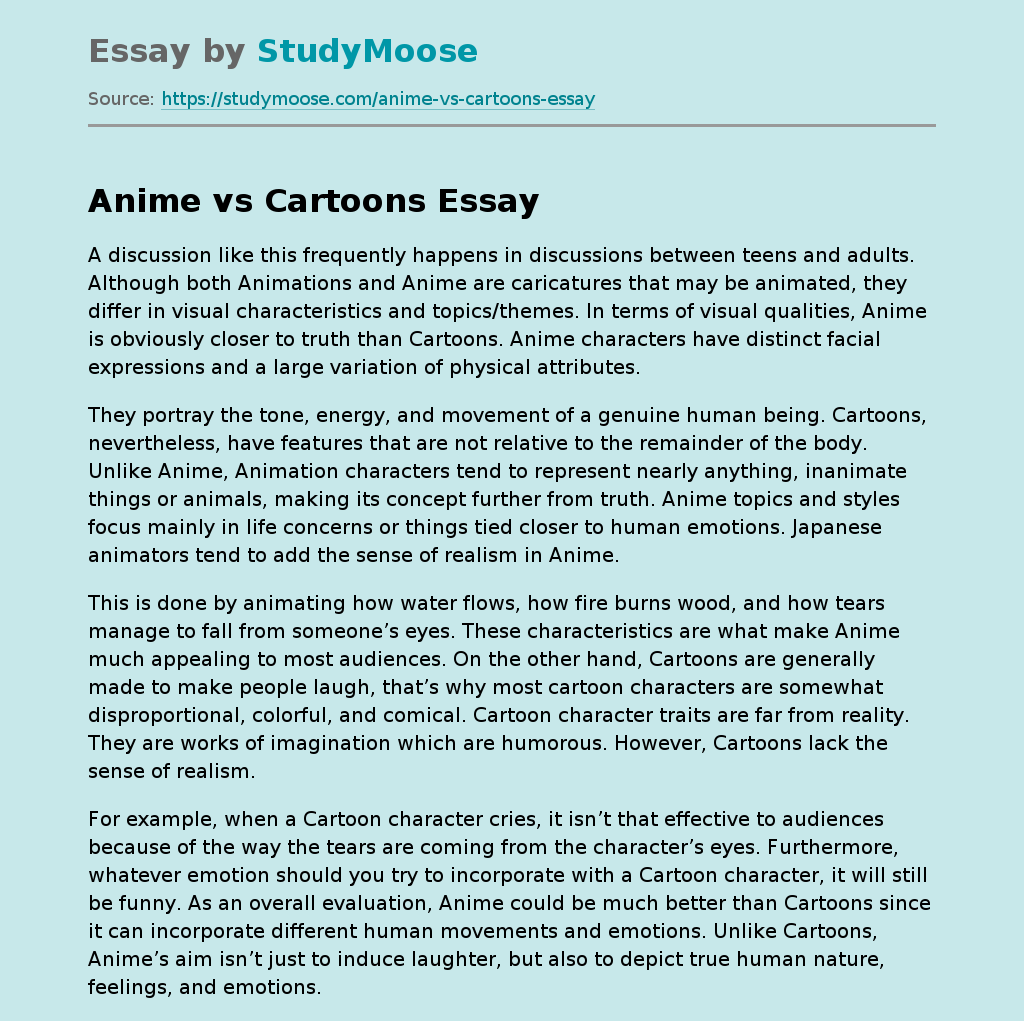