According to the general conception of society, lie is considered to be counterproductive and therefore is considered as non-cultural, which is always prohibited and restricted. Lies are not only in the field of social and cultural behavior between humans and humans, but also direct directly related to the psychological, educational, ethical, and lifestyle implications. However, until now, it exists very popular and grows very diverse. This shows that this phenomenon is necessarily cultural – social – linguistic and have separate values. Therefore, is lying morally permissible? And is it always bad to tell the lie?

First of all, I want to discuss the definition of a lie.

Don't use plagiarized sources. Get your custom essay on
“ Lying, Deceiving, and Misleading ”
Get custom paper
NEW! smart matching with writer

There is no universally accepted definition of lying to others. The most widely accepted definition of lying is the following: “A lie is a statement made by one who does not believe it with the intention that someone else shall be led to believe it”( Isenberg 1973, 248). To lie is to make a believed- false statement to another person with the intention that the other person believes that statement to be true.

The most important reason for the phenomenon of lying is weak awareness or lack of understanding from the listener. Therefore, lying can happen when the speaker already knew the truthful statement, but deliberately misrepresent the fact from the beginning. The lie starts when they knew it is wrong and not adjust the statement. Lies are typically motivated by a desire to persuade others to act or to refrain from acting in a certain manner — or to make decisions in one’s favor. Sex, money, status, power, love — anything desired can provide temptation to kill, steal, or lie. But lies can be motivated by nothing other than the creation of a false image or the fabrication of an entertaining story. The “perfect lie” is a lie that gives you benefit and which will never be discovered. Or a lie that misleads a person who will never give you any consequence or value. If the pattern is repeated often enough, a mistake will be made which somehow creates a consequence. 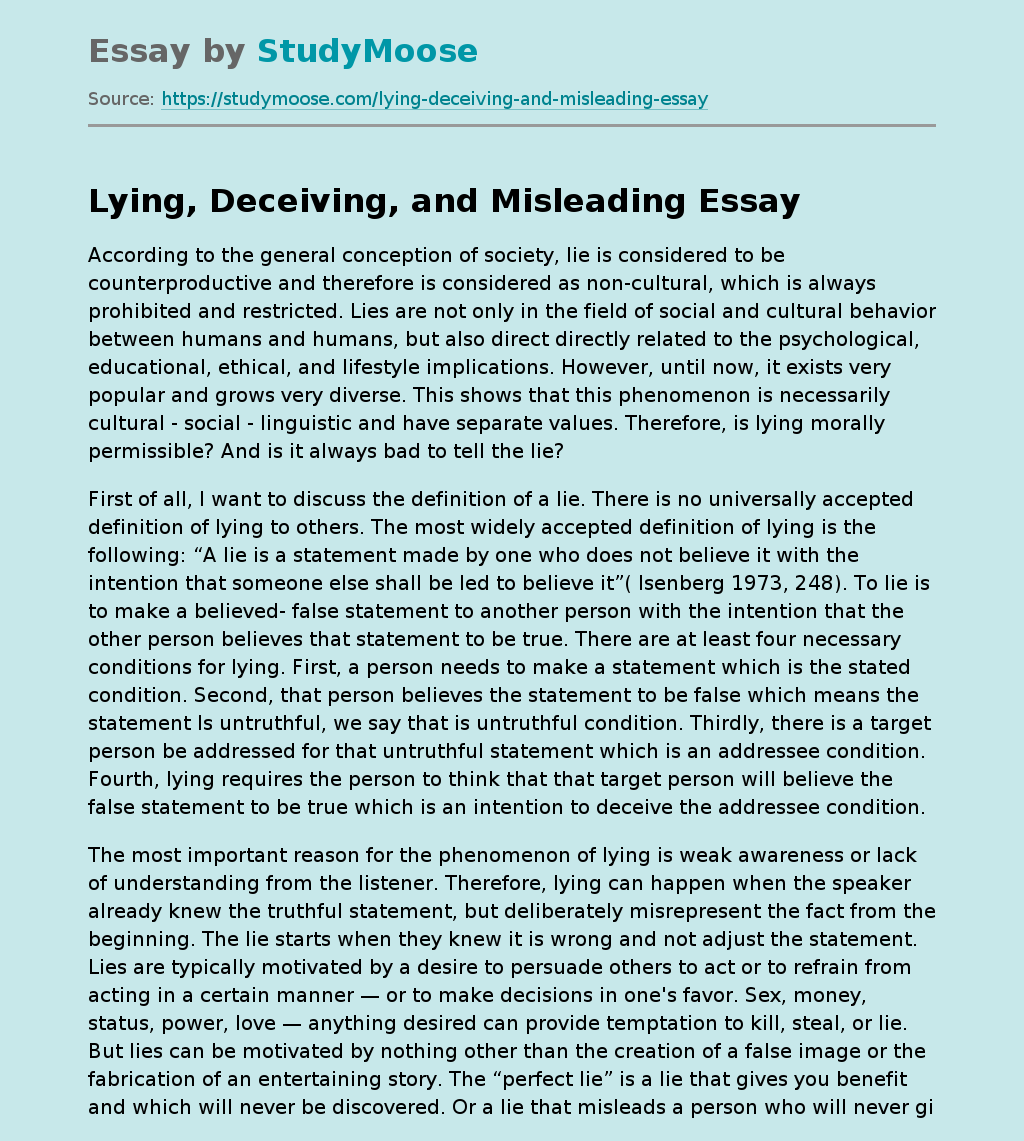