The book ‘Romeo and Juliet’ by William Shakespeare is about two opposing families with much hatred for each other. It shares many similarities, as well as many differences to the movie ‘Gnomeo and Juliet’ directed by Kelly Asbury.

Don't use plagiarized sources. Get your custom essay on
“ Compare and Contrast “Romeo and Juliet” and “Gnomeo and Juliet” ”
Get custom paper
NEW! smart matching with writer

The book and movie as well, have many differences. In ‘Romeo and Juliet’ Romeo is killed with the poison that he drank. Therefore, Juliet also kills herself because she cannot live without the love of her life, Romeo. Tybalt ends up killing Mercutio. Romeo is fierce that his friend Mercutio is dead, so Tybalt and Romeo fight and Romeo kills Tybalt. Romeo also kills Paris. At the end of the story, Lady Montague also dies because of grief over the banishment of her son.

The time periods in both are very different also. ‘Romeo and Juliet’ was written long ago. ‘Gnomeo and Juliet’ is an Animate movie in which took place in different backyards that did not get along and had much hatred for each other. 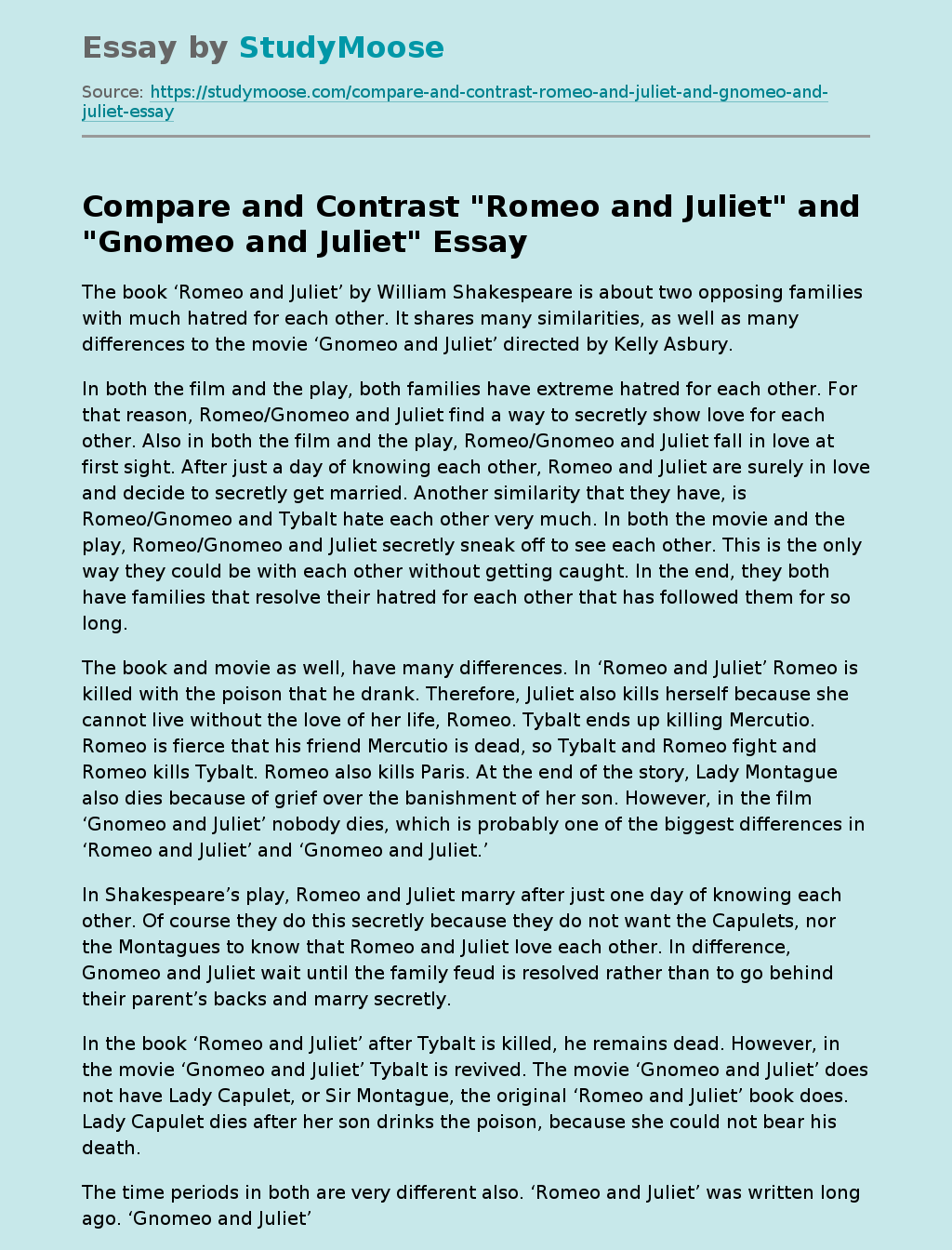