George Washington was the First President of the Unitd States (1789-1797)and commander in chief of the Continental army (1775-1783) at a most critical period in American history. He was one of the most influlential revolutionary leaders of his time and earned the title “Father of His Country.” While commander in chief of the Continental army, he won many important battles that helped the Americans defeat the British, then the most powerful nation in the world. Washington made the American Revolution successful not only by his personal military triumphs but also by his skill in directing other operations.

Don't use plagiarized sources. Get your custom essay on
“ George Washington’s Influence ”
Get custom paper
NEW! smart matching with writer

With boh military background nad training, Washington had learned how to challenge me to give their best. He created the Continental Army out of what was little more than an armed mob, which fought and won the American Revolution. With victiory won, Washington was the most highly looked upon man in the United States.

Many people wanted Washington to use this power to establish a military dictatorship or to become king.

Washington did not pursue this idea bcause he realized dictatorship would be the downfall of the future independent nation. He was the leading influence of the union of the states under a strong central government and later the Constitution of the United States. After a new government was organized, Washington was unanimously chosen the first President and took office in 1783. Washington’s role as president was important in winning the support for the new government’s domestic and foreign policies. He is responsible for building much of the country’s political nad econmic structure.

Washington fully understood the significance of his presidency. Probably no other man could have succeded in turning the states into a loasting union.

Around 1792, Washington was thinkin about retirement. Bothe Hamilton and Jefferson advised him that if he were to retire the North and South might divide. efferson said to him, “NOrth and South will hang together if they have you to hang on.” Once again, Washington was unanimously reelected in 1793. During his eight years in office, he laid down the guidelines for future presidents and set many precedents for the future presidency. He declined to serve a third term and retired in 1797 after delivering his “Farewell Address” Washington lived only two years after turning over the presidency to his successor, John Adams. Known as “Father of His Country”, Washington is universally regarded as one of the greatest figures in U.S. 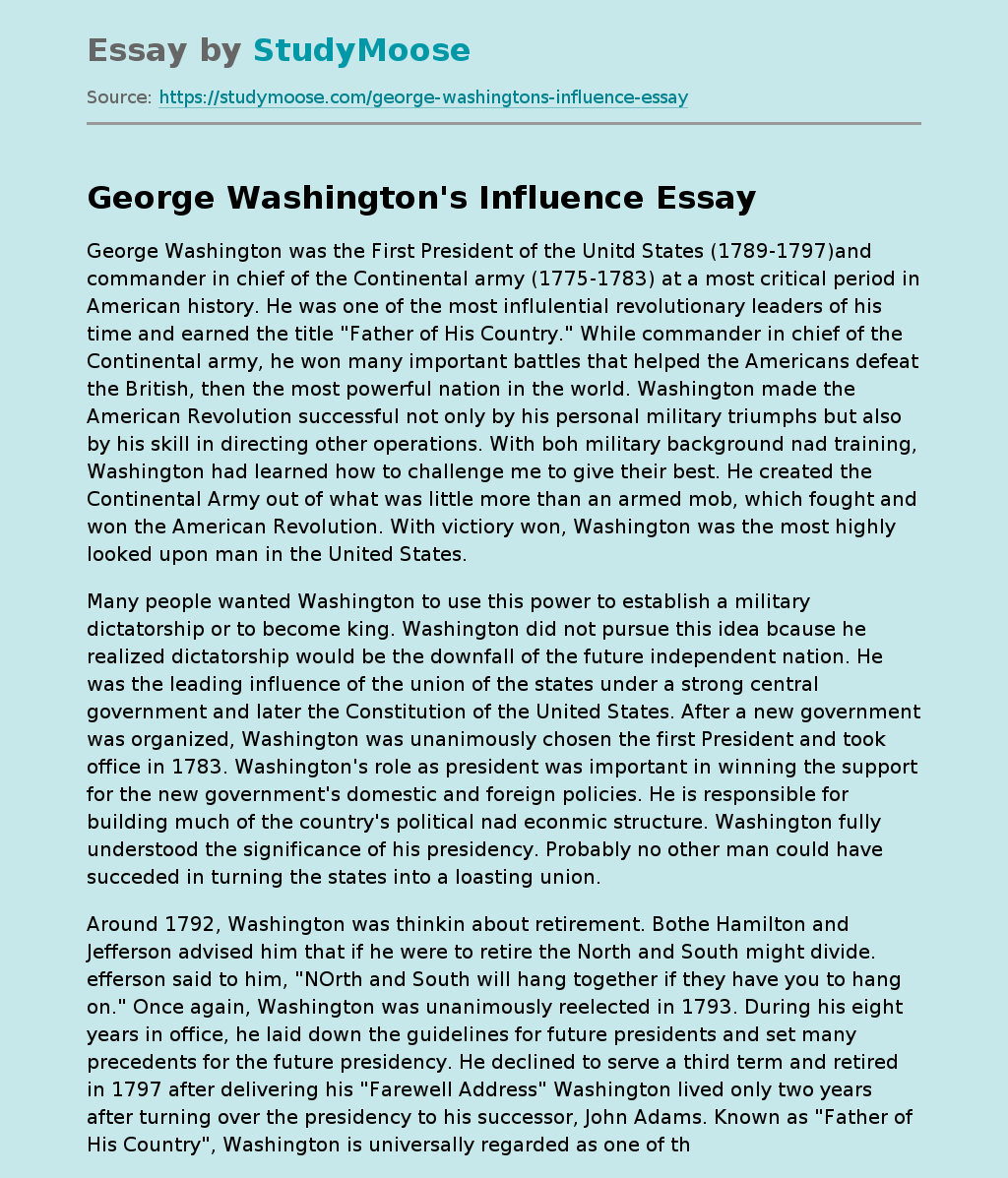