Frankenstein’s abandonment Tragic flaw involves a literary component that causes the downfall of a character. In the novel, Frankenstein has a large amount of knowledge. Victor Frankenstein had the internal motivation to seek solutions to problems. However, his experience added to his downfall. People must sacrifice love and happiness in order to learn different views and topics. Therefore, the terrible flaw of Frankenstein lies behind his desire to acquire more knowledge and struggling to take over the role of nature in life.

Don't use plagiarized sources. Get your custom essay on
“ Frankenstein’s abandonment Tragic flaw involves a literary component that causes the downfall ”
Get custom paper
NEW! smart matching with writer

The novel presents issues regarding arrogance, creation, and responsibility. As will be discussed the aspects of creation and parent-child relationship as portrayed in Victor’s terrible flaw.Every individual is at liberty to pursue happiness. Education provides people with a sense of satisfaction and fulfillment. Frankenstein was knowledgeable and became a gifted scientist. His success was remarkable considering the numerous findings he unearthed about different phenomena. The issue of tragic hero emerges due to his thinking beyond human capacity.

He used his knowledge to create a creature. However, this marked his downfall. His main intention was to develop a creature that had better attributes as compared to human beings. The thought of creating life was thrilling. This is an activity that is only carried by supernatural beings. The Scriptures show that only God can create and take away life. Therefore, the creature that Frankenstein developed was isolated from the people. He could not interact with the creature. Although the monster wanted a human being partner, Victor rejected it. 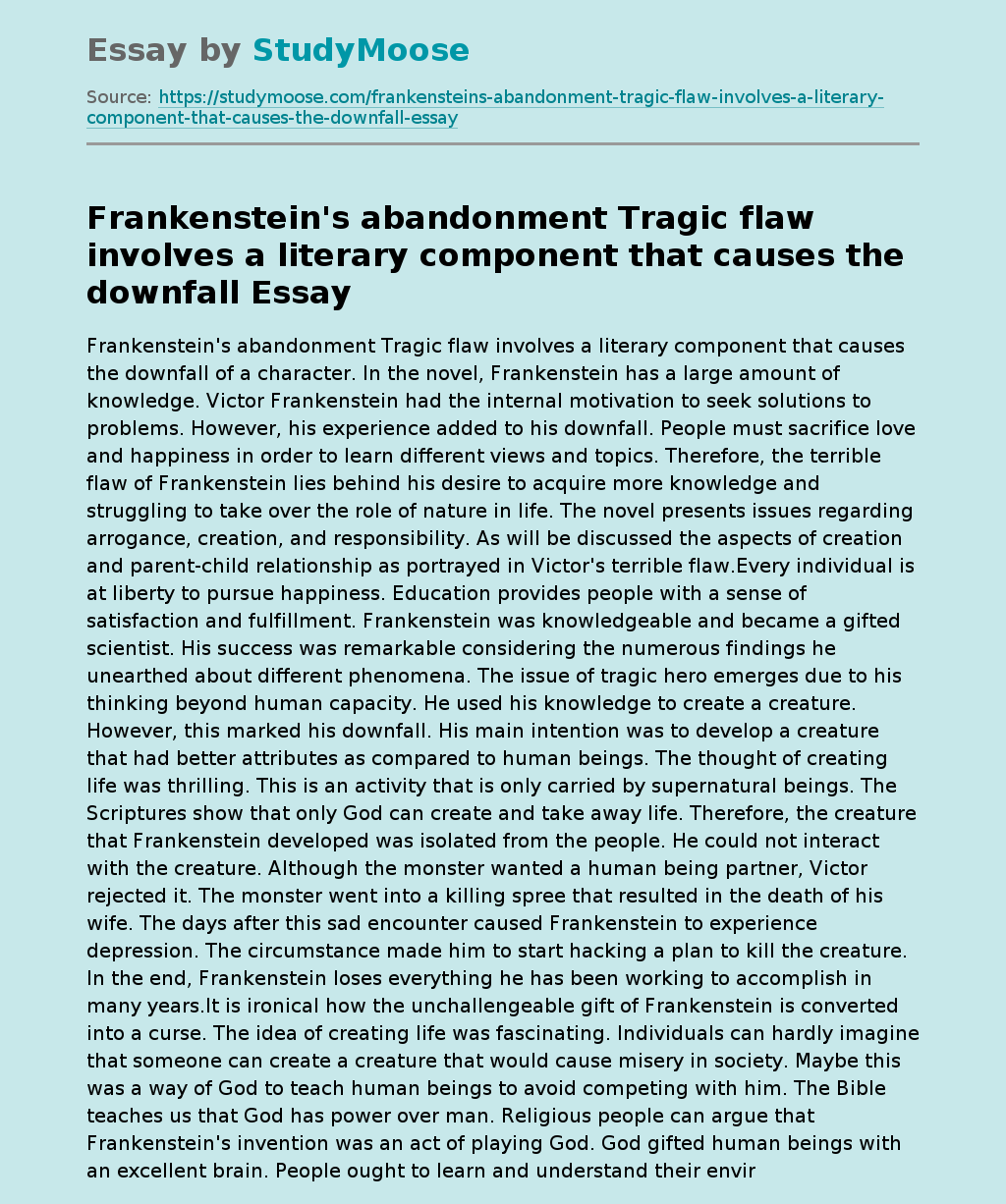