Explain why Martin Luther King was considered an Uncle Tom

There are a number of reasons as to why Martin Luther King was and still is referred to as an ‘Uncle Tom’ by some. An Uncle Tom is a black man who behaves in a subservient manner to whites. Malcolm X, among many other blacks, referred to King in this manner.

Firstly, many blacks at the time saw King’s non-violence practices as being overly moderate and passive. This is for a number of reasons, mainly that the Negro extremists he criticised dismissed his passion for non violence and was charged as hindering the Negro struggle for equality.

Don't use plagiarized sources. Get your custom essay on
“ Explain why Martin Luther King was considered an Uncle Tom ”
Get custom paper
NEW! smart matching with writer

Many extremists and those who hoped to go about matters more actively saw King as shying away from the real problem and not confronting matters head-on. He was perceived by many radicals as being ‘all talk, no action’ having brought high the hopes of many young blacks, such as in riot-stricken Ohio, and having done nothing to fulfil the hopes.

Moreover, Malcolm X considered King as an Uncle Tom because he was adamant on using non-violence as a political philosophy.

Malcolm X sat King’s insistence on using non-violence as a principle, as being suicidal and argued that he was an ‘Uncle Tom’ because non violence only makes sense in a situation under which the person has control over. Malcolm X advocated the idea of self-defence and therefore saw King’s idea of inter-dependence as being as obsequious as Uncle Tom.

Lastly, Martin Luther King was considered an Uncle Tom because he had similar methods to that of previous authority figures who were also labelled as Uncle Tom’s.

An example is Rosa Parks who used passive methods to get her way and so was called an Uncle Tom. Similarly, King was using a moderate approach and so was given the same label as those who had previously gone about their business similarly. 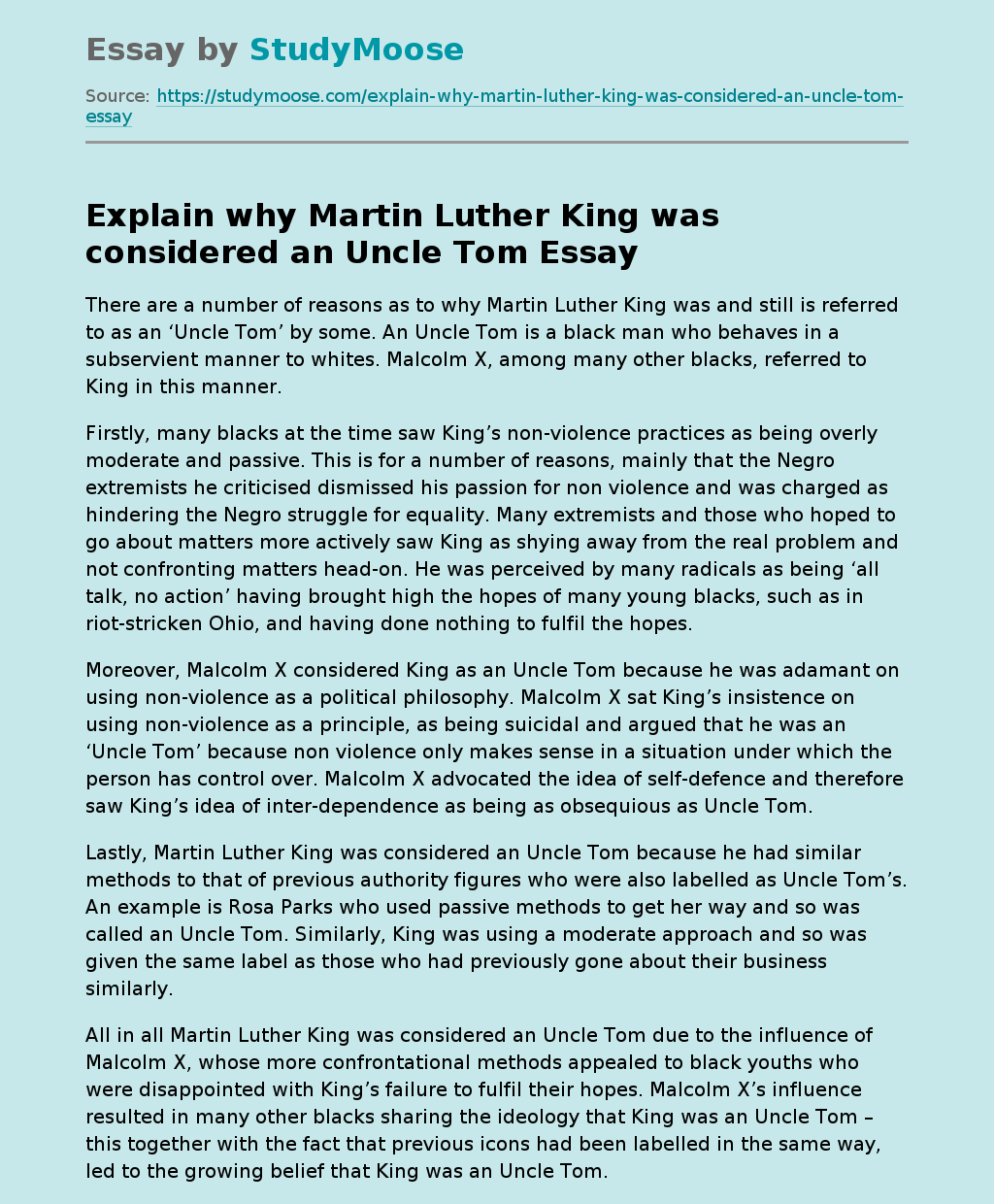