Don't use plagiarized sources. Get your custom essay on
“ Martin Luther King Jr Speech Compared to a Raisin in the Sun ”
Get custom paper
NEW! smart matching with writer

One example of a similarity is that both center on a dream that they or a character has. “I say to you today, my friends, that in spite of the difficulties and frustration of the movement, i still have a dream. It is a dream deeply rooted in the american dream… ” This is an excerpt from Kings speech that is him relating to the people that he has a dream about equality.

The Raisin in the Sun also relates to this because the main character, Walter Younger, has a dream about supporting his family and supplying them with everything they have ever dreamt for.

Another way they are similar is the way they reflect the inequality and hardship that racism inflicted on them and their families. In The Raisin in the Sun, the main character walter faces an unfair world where it is specifically better for people who are white instead of african american, this reflects on his career as white workers are paid significantly more than african americans.

“The life of a Negro is still sadly crippled by the manacles of segregation and the chains of discrimination. This is King explaining that after many years of african americans being released from slavery and become free americans, they are still treated the same and that they are not actually free until the people are all equal regardless to skin color. In the end, they both reflect the conditions that african americans had to go through to get equality from discrimination and segregation. Both the play and the speech had similar ideas about having dreams of equality and supporting their families.

Martin Luther King Jr Speech Compared to a Raisin in the Sun. (2016, Nov 01). Retrieved from https://studymoose.com/martin-luther-king-jr-speech-compared-to-a-raisin-in-the-sun-essay 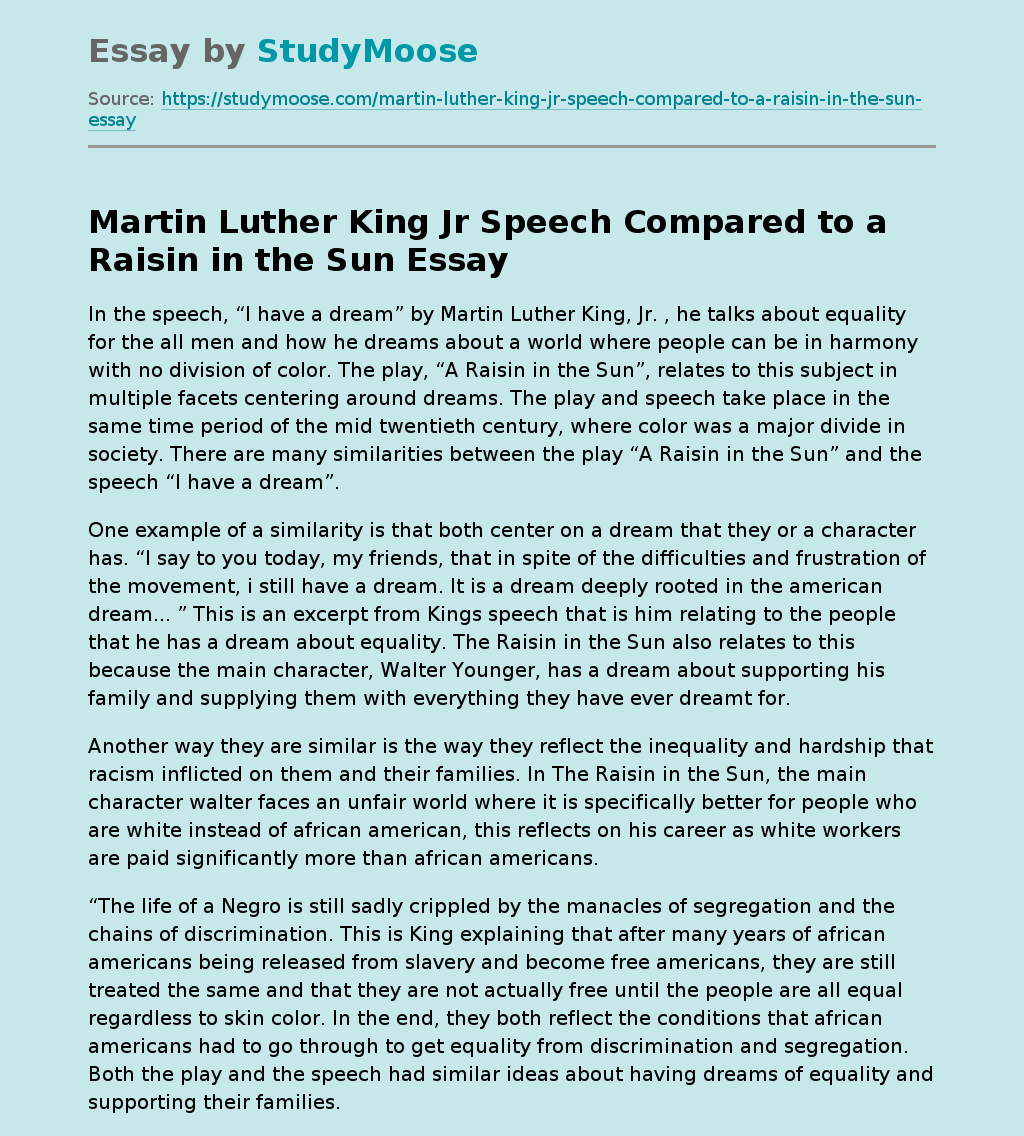