A constitution may be written or unwritten.

As for the definition of written constitution,it is a formal document defining the nature of the constitutional settlement,the rules that govern the political system and the rights of citizens and government in a codified form whereas uncodified constitution is a type of constitution where the fundamental rules of government take the form of customs, usage, precedent and a variety of statutes and legal instruments.

The most obvious and common example of this is the American Constitution, brought into effect in year 1787,which is written down on a piece of parchment and lays down the foundation of American citizens’ rights as well as the powers of government. 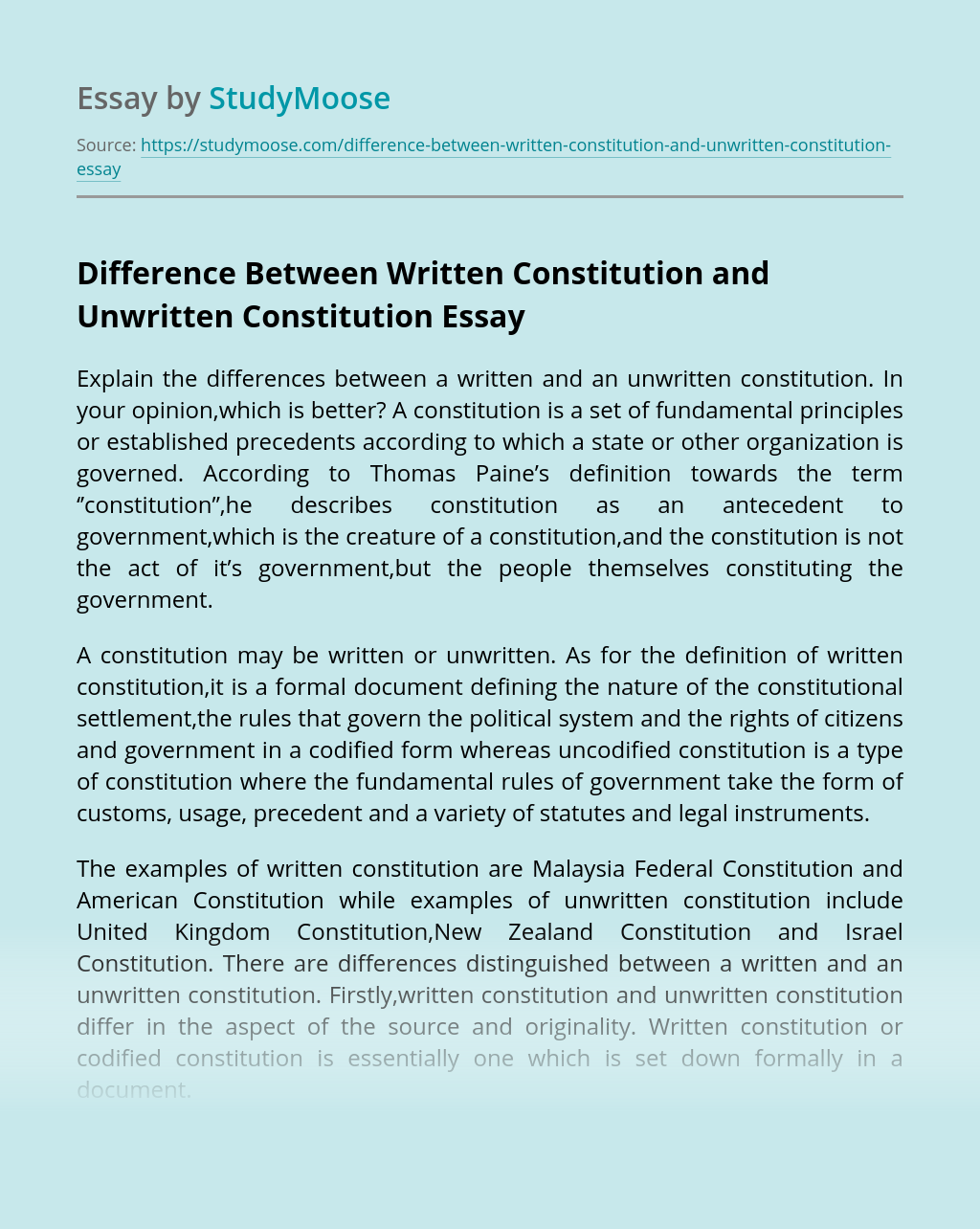