Ancient Egypt and China were very similar but also differed in many ways.

Their geography was alike.

Turn in your highest-quality paper
Get a qualified writer to help you with
“ Comparing Civilizations ”
Get high-quality paper
NEW! AI matching with writer

They both shared the same concept of writing. Both civilizations valued religion and made it a big part of their lives. The main difference between the two countries would be the intricacies of their cultures. This essay will compare and contrast the two ancient civilizations.

Egypt and China both had an abundance of waters. For Egypt, it was the Nile River, for China, the Yellow River. These rivers were really important to both of the civilizations in many ways. They both had systems of writing that incorporated simple pictures. Both the ancient Egyptians and Chinese were polytheistic. The Chinese and Egyptians were both technologically advanced. Both of them even had complex irrigation methods. Also, literacy was limited to a select amount of people for both civilizations. When it comes to differences between the two civilizations, they often come down to the detail. For example, both of them had organized governments but Egypt’s was a Theocracy and China’s was a Monarchy. Social hierarchy differed between the two, as well.

In Egypt, the Pharaoh was the sun and stars over the whole of Egypt, he was believed to be a reincarnation of God. In china however, home and family were at the center of life. The two both built great structures, but the Egyptians made Pyramids while the Chinese built the Great Wall of China. The ancient Egyptians buried the dead with thought to preservation due to the belief that the souls could use their bodies in the after life. 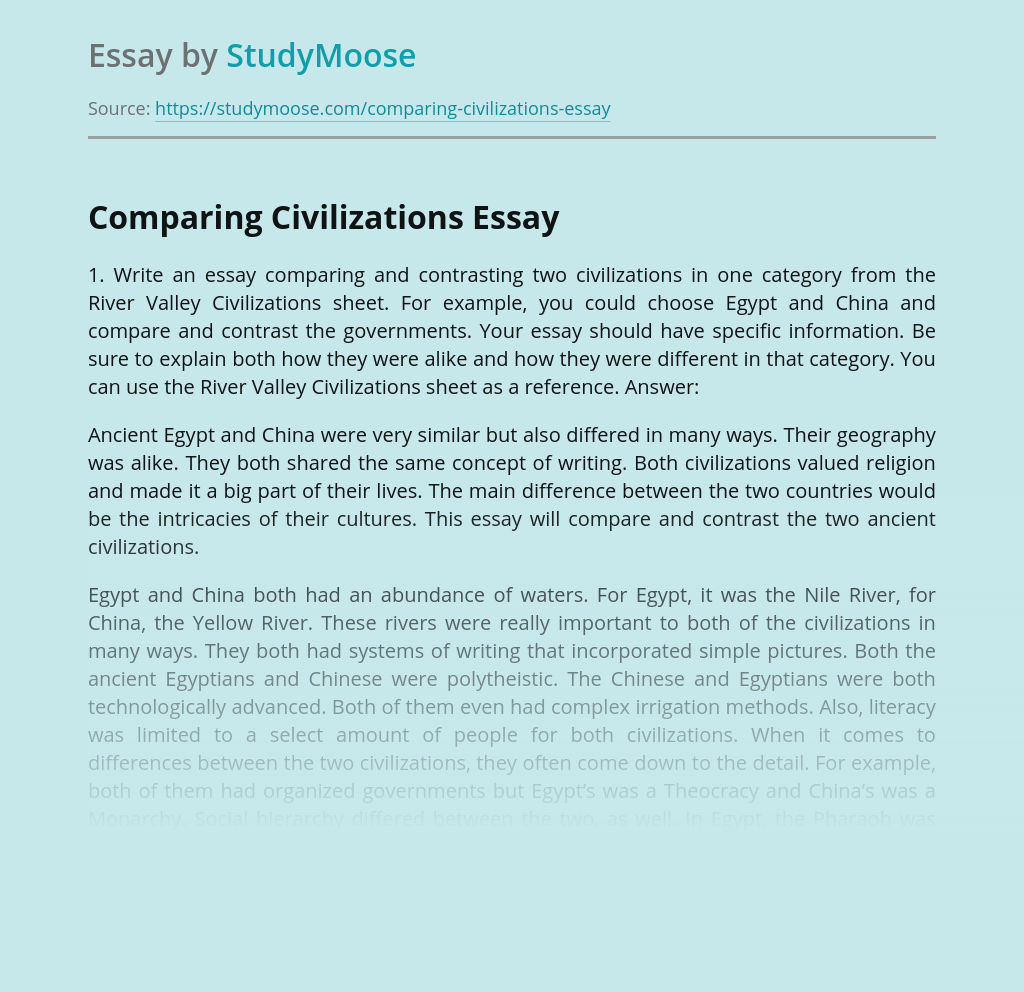 Turn in your highest-quality paper
Get a qualified writer to help you with
“ Comparing Civilizations ”
Get high-quality paper
Helping students since 2015
Stay Safe, Stay Original