A Doll’s House by Henrik Ibsen is a three-act play following the marriage of Nora and Torvald Helmer and their experience during the Christmas period. The 19th century Norwegian play can be seen as an exploration of love and marriage, or even, more profoundly, on whether there can be love in marriage. One may argue that the main message of A Doll’s House seems to be that a true marriage is a joining of equals, as the play centers on the dissolution of a marriage that doesn’t meet these standards.

Don't use plagiarized sources. Get your custom essay on
“ A Doll’s House by Henrik Ibsen is a threeact play following the ”
Get custom paper
NEW! smart matching with writer

At first, the Helmers marriage seems to be in a good state; they are joking with one another, indicating that they are happy. Nora talks joyfully about her love for Torvald, and Torvald refers to Nora using affectionate pet names. Their loving marriage stands in stark contrast with the marriages of Krogstad and Mrs. Linden. These marriages were based on necessity rather than love, and were unhappy. However, as the play progresses, the imbalance between the couple becomes more and more apparent.

At first it seems that Nora and Torvald both enjoy playing the roles of husband and wife in a way that is considered respectable by society. This is shown through their early interaction in the play where Torvald belittles Nora by calling her pet names, for example, is that my little lark twittering’ (Ibsen :1879). The use of the pronoun my’ presents the roles that were acceptable in this time period with the husband being able to dominate his spouse in every aspect of life and the wife being forced into a submissive position.

A Doll's House by Henrik Ibsen is a threeact play following the. (2019, Aug 20). Retrieved from http://studymoose.com/a-dolls-house-by-henrik-ibsen-is-a-threeact-play-following-the-essay 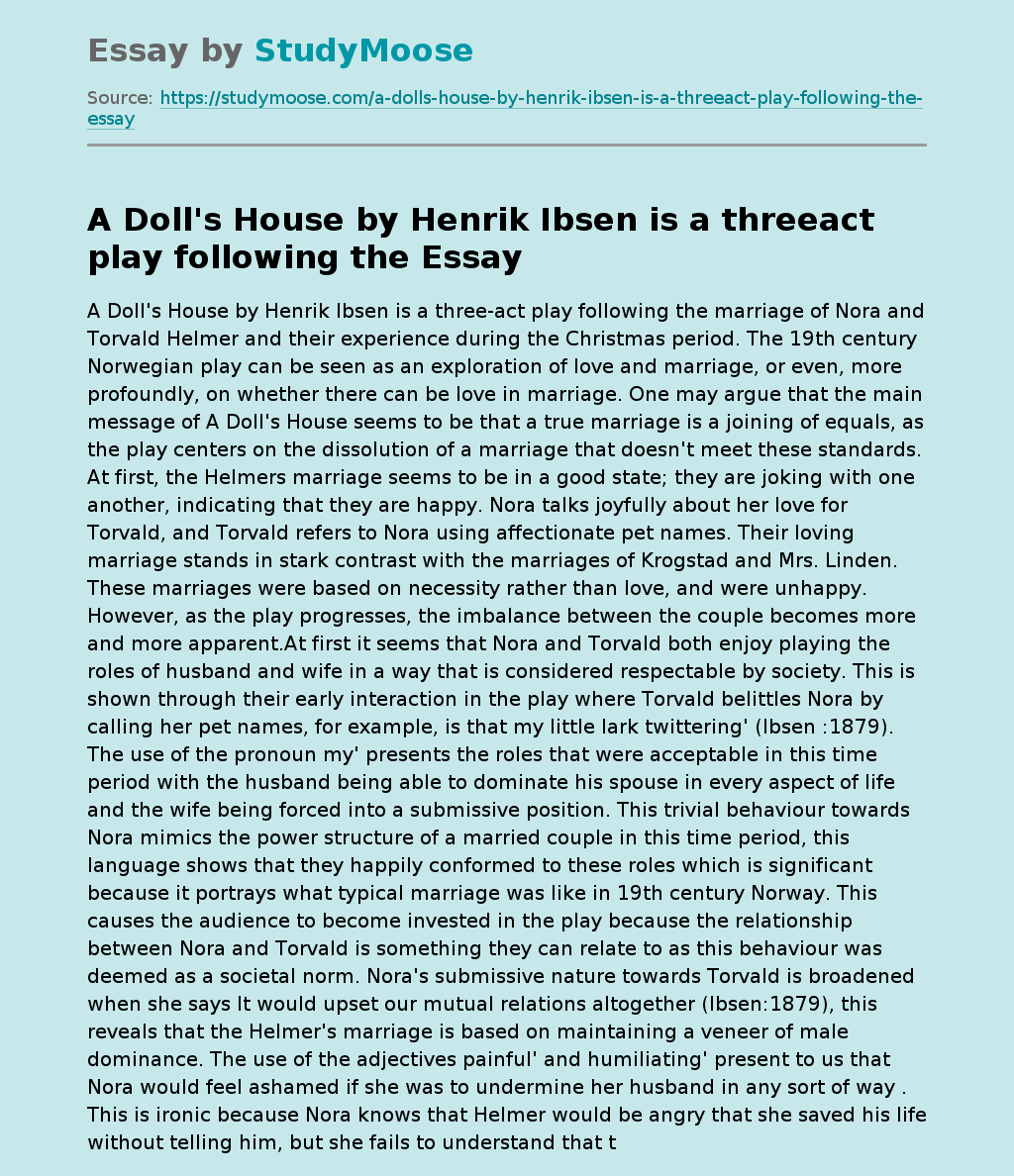