Thomas Edison was born on February 11th, 1847 in Milan, Ohio. He received little formal education and left school at a young age. Even though he had little education he managed to receive over 1,000 patents. He began his career as a telegraph operator, which inspired many inventions.

One of his most important inventions was the light bulb. It is used in many applications of modern technology. He also invented electric power generation, the phonograph, and motion picture camera. Although he was partially deaf, that did not prevent him from learning and becoming very successful.

Alexander Graham Bell was born on March 3rd, 1847 in Edinburgh, Scotland. He was homeschooled as a child and attended private school for a portion of his schooling.

Both his mother and wife were deaf, which had a great influence on Alexander’s work, especially in acoustics. He is best known for his invention of the telephone. His invention spread throughout the United States rapidly. Within 10 years 100,000 people in the U.S. owned a telephone. Alexander was also one of the the founders of AT&T cooperationtions.

He was one of the most prominent scientists and inventors of his time and ultimately became a teacher at the Tuskegee Institute. One of Carver’s main goals was for farmers to grow crops in addition to cotton, to help improve soils, provide food and improve their quality of life. He devised over 100 products using one major crop, the peanut. Some of the peanut based advances include peanut butter, dyes, and soap.

Wilbur Wright was born on April 16, 1867, near Millville, Indiana. He was the middle child in a family of five children. Wilber was very smart and made plans to attend Yale University after high school to become a teacher but never attended. Wilber had a brother named Orville Wright. He was born in 1871. Orville was a bright and studious child, and excelled in school. Though neither of the brothers received their high school diplomas, they were both awarded honorary graduate and post-graduate degrees. In 1889 the brothers started their own newspaper, the West Side News. While working as journalists, they observed that birds manipulated their wings for flight. From this observation they began to successfully develop the first airplane. 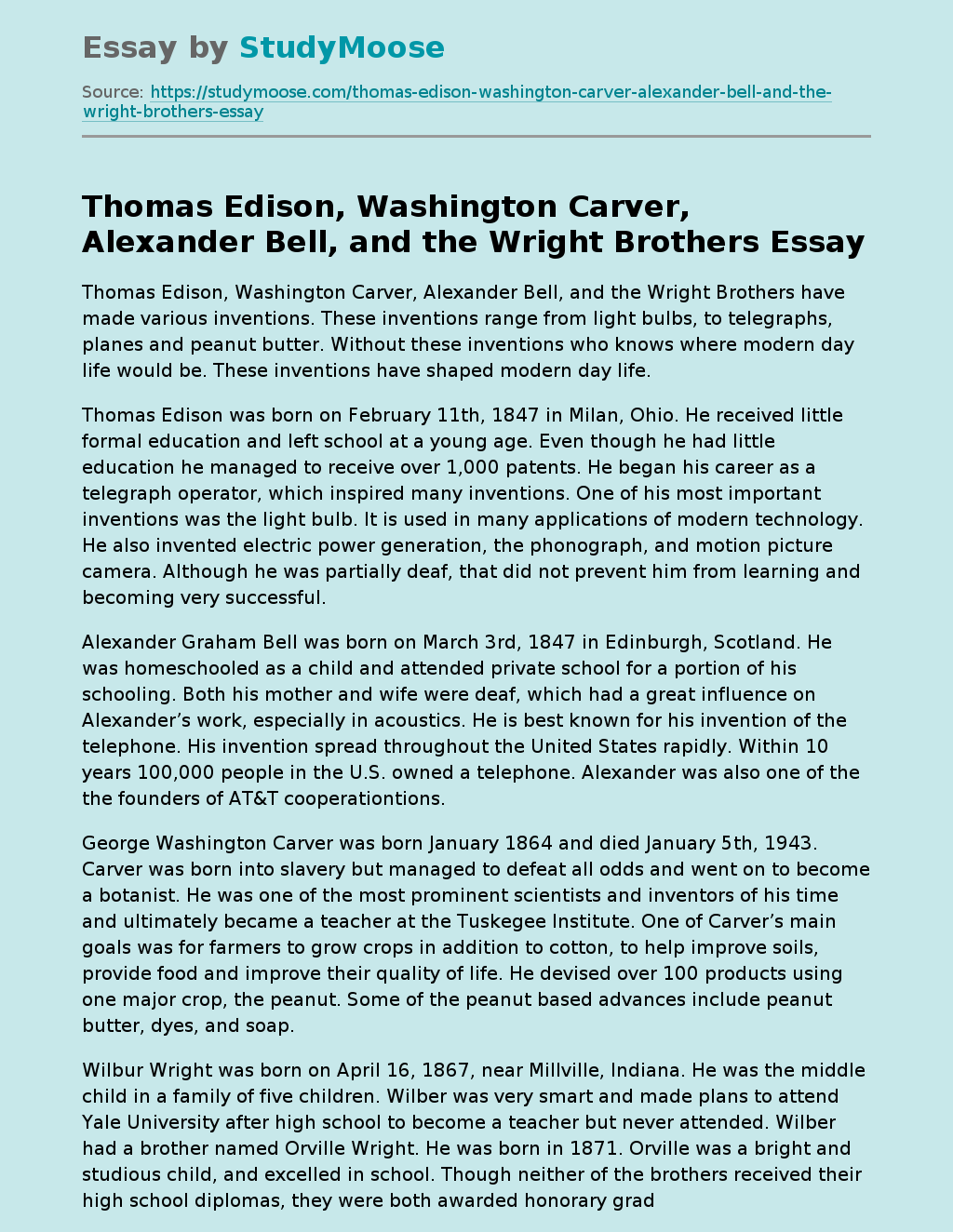