The film Mississippi Masala portrays the Asian’s varied and confused identity in a multiethnic together through an interracial love affair between Uganda-born Indian woman Mina (Sarita Choudhury) and an African-American man Demetrius (Denzel Washington) in the American South in 1990. The results of this union are intolerance and hostility from both communities. Nair’s film is controversial and complicates the double complications of black and white but also challenges of huge problems of national and ethnic belonging. Mina’s culture origin is Asian Indian, Ugandan by birth, and is

American by migration. This interracial couple is strongly opposed by the minority of (White Americans) communities; namely Mina’s. The film addresses the characters identity politically, in the interethnic encounter. The end finds the couple forced to elope to escape the pressures and pursue a new life outside of Mississippi. Mina embraces her memory of her childhood in Uganda in the 1970’s. She feels comfortable in the black disco in Greenwood. She embraces her identity as African despite her family’s exile from Africa and migration to America.

Mina, on the other hand settles in Mississippi with her family via England and works as a maid in her parents motel and belongs to the Asian Indian community in her adopted country. She is very close to her relatives and attends all the groups wedding ceremonies and other social events. Mina represents herself as the good girl, never an outcast among her Indian friends and relatives until her relationship with Demetrius is found out.

Mina’s identity here becomes more complicated than her inheritance from her Indian culture. Mina is the Masala in the title; a

metaphor, describing her embracing her Ugandan, African, and American roots. Director Mira Nair chose the word Masala to describe diaspora’s concern with identity and group structure. “I believed strongly that to be a Masala is to be mixed is the new world order. So many of us think one language and are forced to speak another. ” 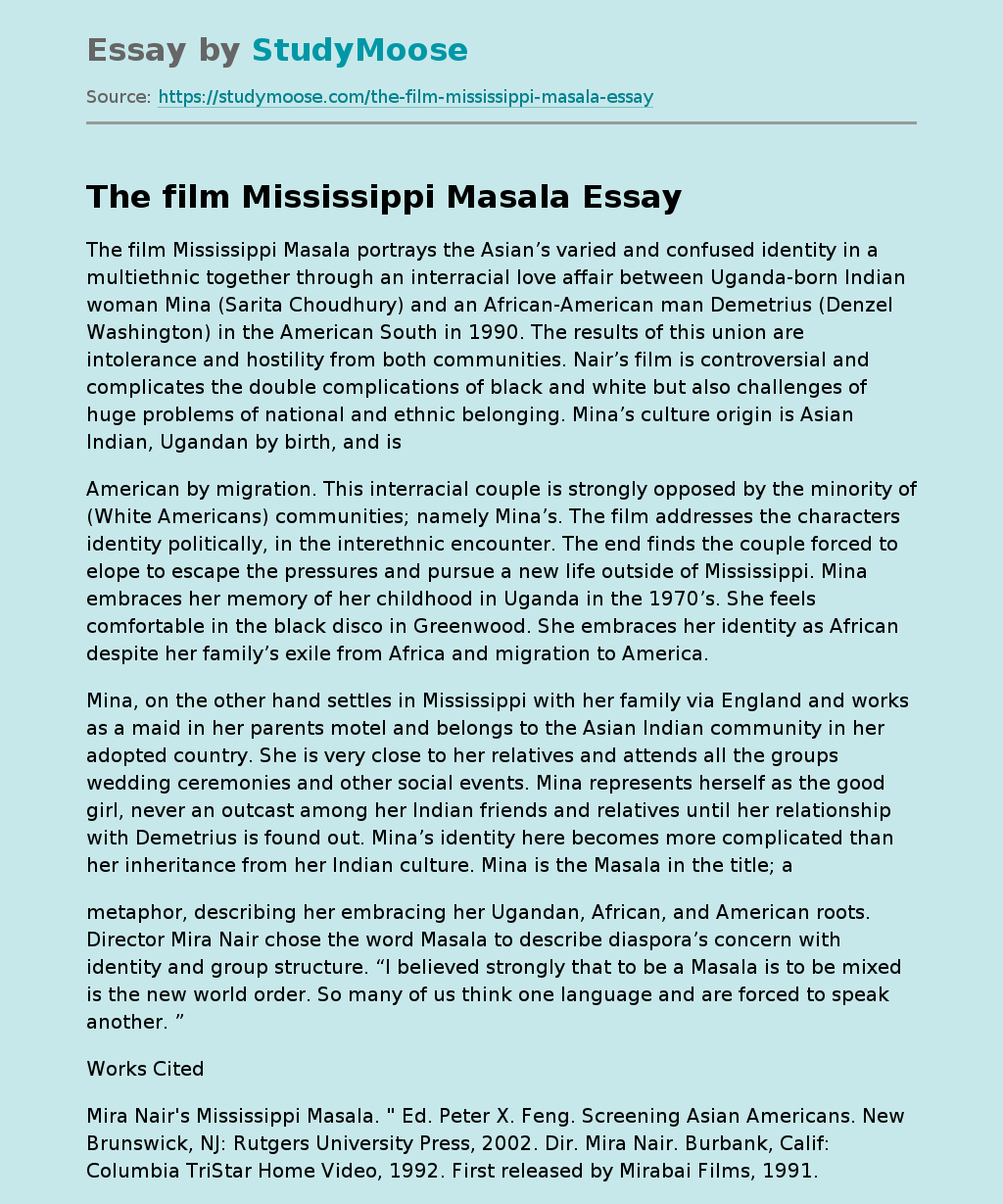