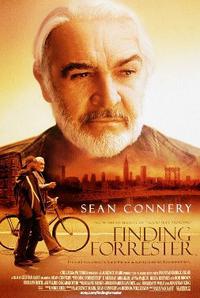 In Finding Forrester, a film directed by Gus Van Sant, a 16 year old African American boy named Jamal Wallace (Rob Brown) is taken under the wing of an unlikely mentor, William Forrester (Sean Connery), a reclusive writer who has not been seen in public for years.Jamal is a talented writer, and Forrester takes him under his wing, teaching him about the craft of writing and helping him to hone his skills. Forrester is a gruff, no-nonsense mentor, but he comes to care for Jamal and to see the potential in him.The two form a unique bond, and when Forrester’s true identity is revealed, it threatens to tear them apart. But in the end, their friendship is stronger than ever, and Jamal has found a true mentor and friend.

Save Time On Research and Writing
Hire a Pro to Write You a 100% Plagiarism-Free Paper.
Get My Paper
We've found 13 essay samples about Finding Forrester
Prev
1 of 1
Next
Similar genre
True CrimeMagical RealismMemoirMusicalFantasy FictionGraphic NovelBiographyAutobiographyFantasyModernism
Get to Know The Price Estimate For Your Paper
Topic
Number of pages
Email Invalid email