According to Moreno & Halffter (2000), species accumulation curves are necessary for assessing the effectiveness and completeness of sampling effort within or comparatively across different areas, interpreted based on the patterns of asymptotic levelling of the curves. Species accumulation curves represent a cumulative plot of the number of species against some level of sampling effort which may take the form of individuals, samples, unit area or time (Colwell, Mao, & Chang, 2004; Dorazio, Royle, Orazio, & Oyle, 2005). The curve can then be smoothed by applying different randomized resampling orders of the data, in order to produce an average smoothed out curve from the different randomized permutations of the curve using a statistical software such as Paleontological Statistics (PAST) software for windows (Hammer, Harper, & Ryan, 2001).

Don't use plagiarized sources. Get your custom essay on
“ Species Accumulation Curves ”
Get custom paper
NEW! smart matching with writer

The appropriate use of species accumulation curves and predictions of species richness is predicated on sample data that satisfies 3 basic assumptions. That (a) a record of observed species be compiled, (b) that communities being surveyed and compared must come from different geographic locations and (c) that some measure of random but replicated and consistent sampling effort from each geographic location has been done (Dorazio et al.

, 2005). According to Stevens, Willig, & De Fox (2004) and Dorazio et al. (2005), sample based species accumulation curves provide a better representation of communities and should take precedence over individual based ones, as they tend to cater for different levels of variability in species based on each sample. Accordingly, mean number of species were then cumulatively generated using 100 randomizations of the Mao Tau algorithm in PAST software (Hammer et al.

, 2001), based on mist-netting capture data for each biome. Species accumulation curves of sample (X-axis) plots against the number of species (Y-axis) were then generated using the Excel program for windows.

In the same manner, species richness is defined as a count of the number of species over an area and it is used as a basic measure for quantifying biological diversity through assessment and records of the presence or absence of species within given geographic areas (Chao & Chiu, 2016; Gotelli & Chao, 2013). However, the successful assessment of total species richness relies on a good level of sampling success and a comprehensive coverage of survey areas (Dorazio et al., 2005; Hortal, Borges, & Gaspar, 2006). Thus, the collation and collection of species richness data requires more elaborate efforts. Survey methods naturally suffer the inherent shortcomings of not being able to detect all species within habitats or communities of interest (Chao & Chiu, 2016; Colwell, 2009; Colwell et al., 2004; Dorazio et al., 2005). This is so because the natural complexities of communities may be different and the behavioral traits as well as relative abundances of species may affect the levels of detectability of some species (Colwell, 2009). 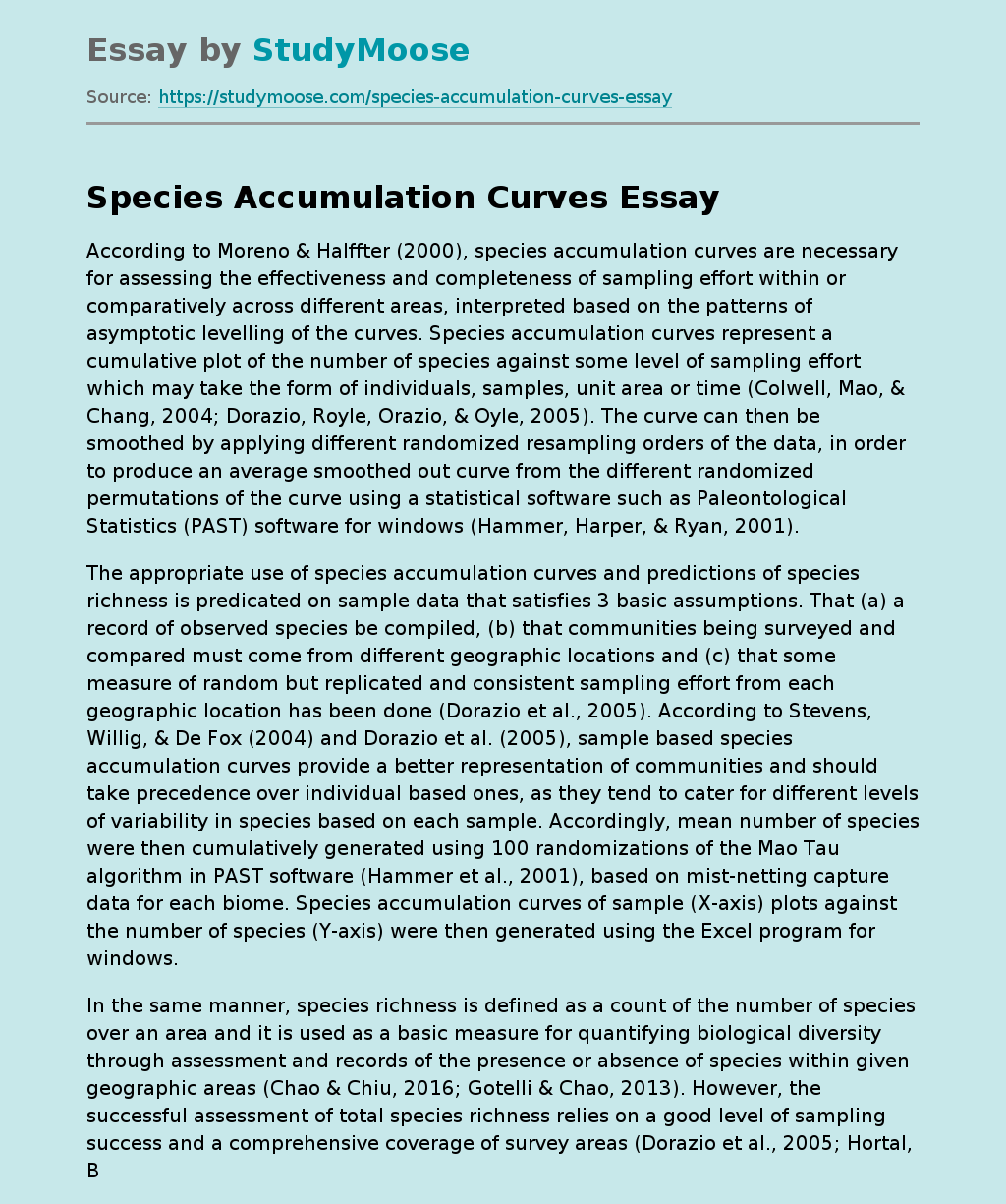