In the short story “Regret” by Kate Chopin, a woman named Mamzelle Aurelie has to watch a neighbor’s four children for two weeks. Mamzelle is an old and lonely woman who never believed in love or marriage. She has never had a man, nor been married, and lives alone on her farm with some animals. She also has African Americans, or “negroes”, who work around her house for maintenance. Because of a dangerous illness that her mother acquired, the younger neighbor had to leave, and could no longer watch after her children.

Don't use plagiarized sources. Get your custom essay on
“ Regret by Kate Chopin ”
Get custom paper
NEW! smart matching with writer

This is where Mamzelle comes in, who has never had children before. In the beginning, she has great problems managing the children. However, after a short period of time, she begins realizing that humans need more than just food and a place to sleep. This is when she really starts to develop a relationship with the children. Once the children return to their mother, Mamzelle cries very heavily in remorse.

In the beginning, Mamzelle is described as “a good strong figure, ruddy cheeks” and “a determined eye”. She wears “a man’s hat” and “a blue army overcoat”. and even sometimes “top-boots”. From her brief description, it is clear that there is no femininity, nor does there appear to be any desire to become more feminine. Before meeting the children, there was no desire to become more feminine, until realizing what she had been missing out on. She is forced to play a feminine role, by cooking, sewing, and telling the children bedtime stories to fall asleep.

She softens to the point in which she cries, and carries a regret in her heart from never having her own children.

The main theme of the story, which is the title of the poem, is regret. The woman in the story has lived a lonely life, and she thought that she was happy with the life she had. It wasn’t until taking care of her neighbor’s children did she realize what she was missing out on by being alone. For the first time, while caring for those children, she began to realize all the joys and sadness that life brings. She has regret that she didn’t live life to its fullest, regret that she didn’t want that priceless joy in her life, and regret that she was too old to try and acquire it. 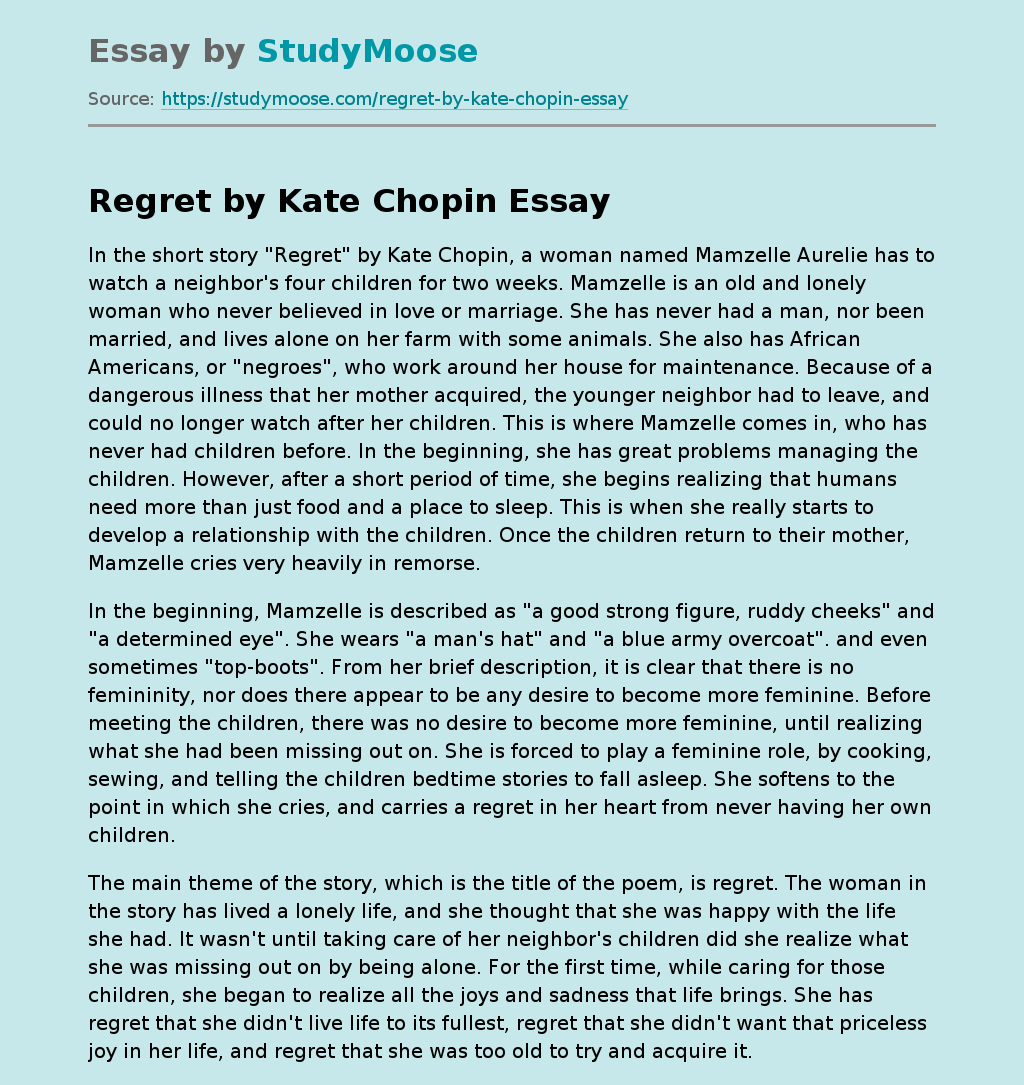