The tide again turned during Renaissance. The rise of classical art to dominance in the Renaissance would be one of the signs of the end of the medieval world. The word renaissance means “rebirth. ” Apart from its broader context signifying a total paradigm shift in human thinking, the term is commonly used to describe the important art movement that took place during the 1400s and 1500s. During this time, artists started to take a great interest in Classical art of ancient Greece and Rome.

Don't use plagiarized sources. Get your custom essay on
“ Raphael’s School of Athens ”
Get custom paper
NEW! smart matching with writer

They largely focused on humans as the subject of their paintings and sculptures.

Artists such as Raphael, Leonardo da Vinci, and Michelangelo studied anatomy, perspective and science, all of which gave their art a new, realistic quality. Although Renaissance started in Italy, it soon spread across Europe. The Renaissance artists rediscovered perspective and developed illusionist realism in rebellion to medieval art. The Age of Renaissance saw a return to classical ideas of form and composition, with the new sciences of perspective and color being used to create illusionistic effects.

Renaissance painting made perspective a new subjective quality, dependent in part on the viewer. New techniques such as oil painting were used with ever-increasing skill to create paintings which were not only beautiful but realistic. But classical art bears a self-contradiction at its heart. While it endeavored to be intensely realistic, it tended to be passionately idealistic too. The Classicism of Renaissance period valued ancient Greek and Roman art and their exemplary qualities above all else. Many artists believed that their art had to be beautiful, noble and instructive.

They believed there were definite criteria for beauty and rules governing the way it should be created. The classical view placed the idea above reality. The artist was inspired with an idea of perfection, and his task was to correct the chance imperfections of given reality by means of his style and shaping skills. Obedience to formal rules took precedence over the study of Nature. By the nineteenth century, Classicism was represented by the Academy and by its art college, the Ecole des Beaux-Arts.

The art movements of Impressionism and its precursor Realism emerged in France as a rebellion to precisely these idealist tendencies of classical art and as a rebellion against the authority of state-sponsored Academy. Raphael, The Three Graces (1504) Interestingly, the seeds of change of Renaissance classical art were in fact borne in itself. During the times of Renaissance, artists’ reliance on church patronage began to decline. With the rise of secular courts and a merchant class, painters were presented with increasing opportunities to become self-employed and self-directed.

Over time, painters’ economic independence was also supported by science. Improvements in materials, such as new colors and ready-made tube paints, led to artistic competition and innovations in both style and subject matter. Painting developed within the context of ideas about where innovation could take place and thus the search for “newness” became a motivation for painters. The rising national states and capitalism co-operated with classical art and secular learning to bring in a new way of thinking.

Painters continually asked themselves what “problems” needed to be solved in order to promote a sense of originality. The Age of Renaissance was followed by Baroque and Enlightenment periods in the history of art. Freedom from the stylistic dictates of the church, then the guild, and finally the Academy gave the artist the conceptual freedom to define both content and form. Thus the innovative trends in art that finally emerged full-fledged in the second half of nineteenth century in France had been nurtured for a long time.

Impressionism began as a major movement to redefine art, marking a shift away from the Academy proper. Although earlier artists such as the English painter William Turner (1775 -1851) had already shown great interest in the qualities of light, the origins of Impressionism are usually traced to the Realist movement and one of its chief representatives in France, Eduouard Manet. Like his Impressionist friends (with whom he never exhibited, not really considering himself an Impressionist), Manet gravitated toward everyday subjects and loose brushwork.

Like them, too, he was a rebel who dared to scorn the conventions of the official state-sponsored Academy of Fine Arts. Manet, perhaps, more than anyone liberates the mind from conventions, from prejudices. He creates a spirit of revolt against the old… (Jackson 268) The great adventure of modern painting, freed from false conventions as well as the need for anecdote and pretext, began with Manet. He was the first to express only what directly touched his senses. There was no clear stylistic unity among the early impressionists.

Degas, Monet, Renoir, and Cezanne tried out the style invented by Manet but followed their own instincts. However, there is a philosophical unity, whose essential point is the passionate interest in external world, in things, in life, and above all, nature. The dramatically direct approach employed by French painter Edouard Manet (1832-83) started a revolution in the art world and served as a source of inspiration to other artists, most notably the Impressionists. (Manet, backflap) 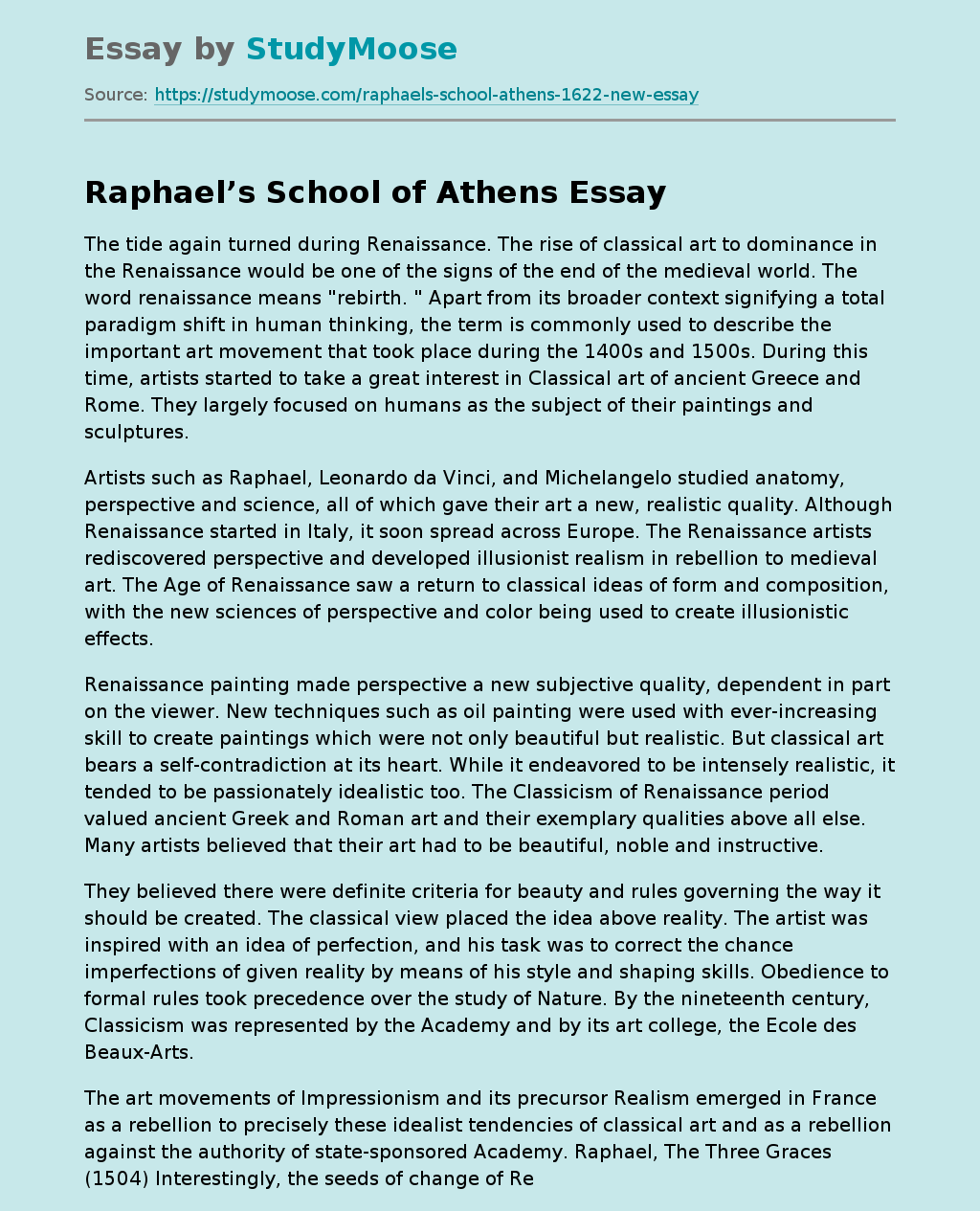