In my free time the most I like to do is reading books. Because with reading, it doesn’t matter is it a short story or a novel in several volumes, you can know something new about life. I enjoy reading different books but the most I like detectives and fantastic stories. My favorite detective story is Murder on the Orient Express by Agatha Christie featuring the Belgian detective Hercule Poirot. I first read it when I was 12 and it a little shocked me and left a great impression.

Don't use plagiarized sources. Get your custom essay on
“ My Favorite Detective Story ”
Get custom paper
NEW! smart matching with writer

The first I have always admired the talent of Agatha Christie, she is my favorite writer in detective genre, the mastery with which she described the story is incredible, the ending was completely unpredictable. And as always Hercule Poirot was simply inimitable. So what is story about? The Murder on the Orient Express. Mr. Ratchett was killed.

Mr. Poirot accidentally discovers a note by means of which he learns that the murder of Ratchet directly connected with shocked all the world murder little Daisy Armstrong.

Real name of Ratchett was Cassetti. Five years earlier, Cassetti kidnapped three-year-old Daisy Armstrong. Though the Armstrong family paid a large ransom, Cassetti murdered the little girl and fled the country with the money. Daisy’s mother, Sonia, was pregnant when she heard of Daisy’s death. The shock sent her into premature labour, and both she and the baby died. Her husband, Colonel Armstrong, shot himself out of grief. Cassetti’s guilt was proved. But despite this he could flee the country and escape further prosecution for the crime.

Although the fact that all passengers have their alibis and witnesses proving innocence each of them Poirot because of its lively mind and experience reveals that crime. Hercule Poirot assembles all passengers and offers them 2 possible explanations of Ratchett’s murder. The first explanation is that a stranger – some gangster enemy of Ratchett – murdered Ratchett for reasons unknown, and escaped unnoticed. And the second – Ratchett was killed by all passengers because all of them were related to Armstrongs. He proposed to Bouc, the Head of the Orient Express, to choose the correct. Fully in sympathy with the Armstrong family, and feeling nothing but disgust for the victim, Bouc pronounces the first explanation is correct. 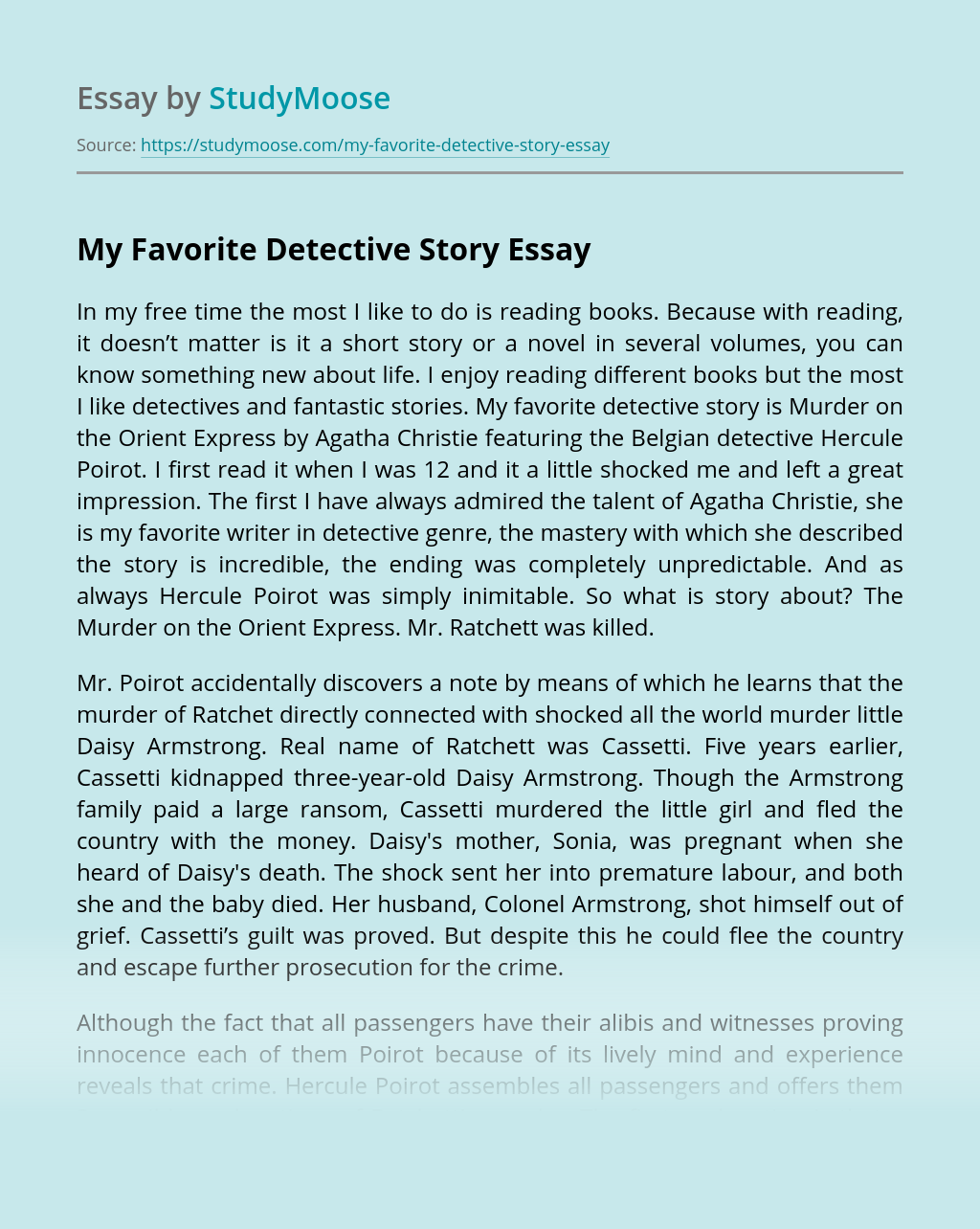