Jupiter KazeminejadProfessor StewartProject #2Leader11/20/18ABSTRACT Being a leader isn’t all about giving orders, it’s about creating a following and being efficient and effective. Effectively balancing tasks and relationships leads to better working conditions and results that stands the test of time. Whether it’s giving proper credit for accomplishments, acknowledging mistakes, or putting safety and quality first, great leaders exhibit integrity at all times. They do what’s right, even if that isn’t the best thing for the current project or even the bottom line.

Don't use plagiarized sources. Get your custom essay on
“ Jupiter KazeminejadProfessor StewartProject 2Leader112018ABSTRACT Being a leader isn’t all about giving orders it’s ”
Get custom paper
NEW! smart matching with writer

Leaders must motivate, instruct and discipline the people they are in charge of. They can accomplish none of these things if they aren’t very skilled communicators. Not only that, poor communication can lead to poor outcomes. Leaders who fail to develop these skills are often perceived as being weak and indirect. BACKGROUNDMalala Yousafzai is a Pakistani education advocate who, at the age of 17, became the youngest person to win the Nobel Peace Prize after surviving an assassination attempt by the Taliban.

Proficient in: Being A Leader

Born on July 12, 1997, Yousafzai became an advocate for girls’ education when she herself was still a child, which resulted in the Taliban issuing a death threat against her. On October 9, 2012, a gunman shot Malala when she was traveling home from school. She survived and has continued to speak out on the importance of education. In 2013, she gave a speech to the United Nations and published her first book, I Am Malala. In 2014, she won the Nobel Peace Prize, which again, made her the youngest person to win that prize. 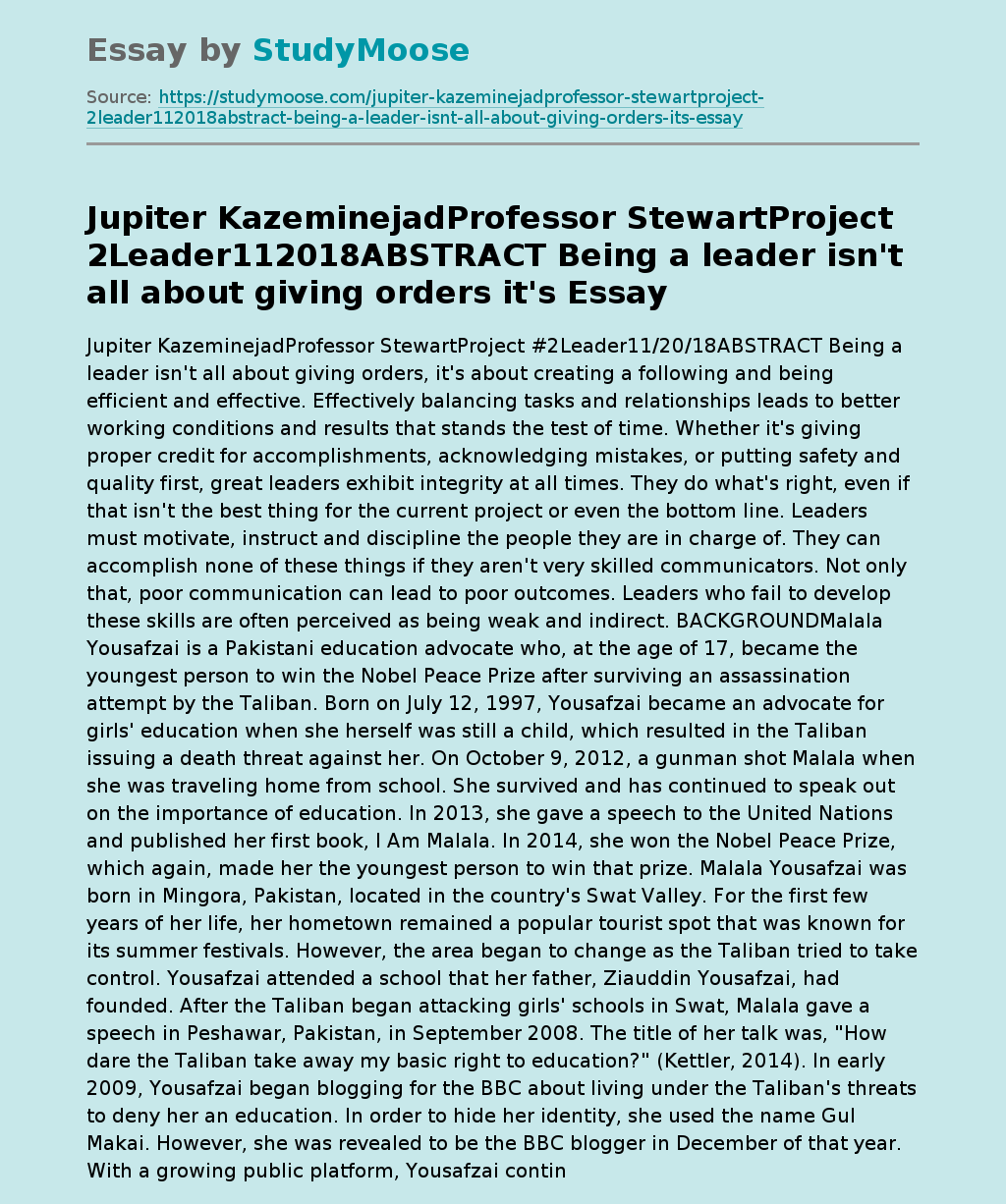