Jack Unterweger was a serial killer whose life after incarceration poorly pointed indications that he killed someone. Although he was a charming man, Jack was sent to prison for killing a prostitute. People would respond to him accordingly (Ramsland, 2008), making the investigators suspect that he used his charm to get a parole. Amazingly, Jack Unterweger became an instant celebrity shortly after his release from prison. He became a bestselling author, and produced articles of all kind, some of which were focused on his life.

Don't use plagiarized sources. Get your custom essay on
“ Jack Unterweger: A Psychopath? ”
Get custom paper
NEW! smart matching with writer

The events that followed were quite astounding, for Jack Unterweger was illiterate while in prison. It is only in his stay there that he learned how to read and write. As his case progressed, investigators found out that Jack’s mother as a prostitute and the father that he did not meet was an American soldier (Ramsland, 2008). From reading about Jack Unterweger, I concluded that he was indeed a psychopath. The characteristics that he exhibited all throughout, made me convinced further, as he was diagnosed with ASPD.

In addition to this, Jack possessed a superficial charm, and had difficulty in keeping and making friends. At the age of 16, he was arrested for attacking a prostitute and posed as a pimp to force a woman on the streets (Crime Files, 2008). Likewise, Jack is not capable of emotions, such as love. This may also be attributed to the fact that he was not close to his grandfather, and his lack of friends in his home and workplace. Jack’s actions have been heightened further when he did not show any feelings of remorse or shame for his actions.

Murdering prostitutes in grotesque ways was not something that a normal person would do, and Jack was able to do this without showing signs of nervousness. He would even appear composed and calm in interviews, openly talking about the murder charges filed against him. If I were his psychiatrist, I would use therapeutic communities as the treatment for Jack. With the help of a therapeutic community, Jack would be able to feel his importance in the community, and the possibility that he would be accepted as an individual in his society. 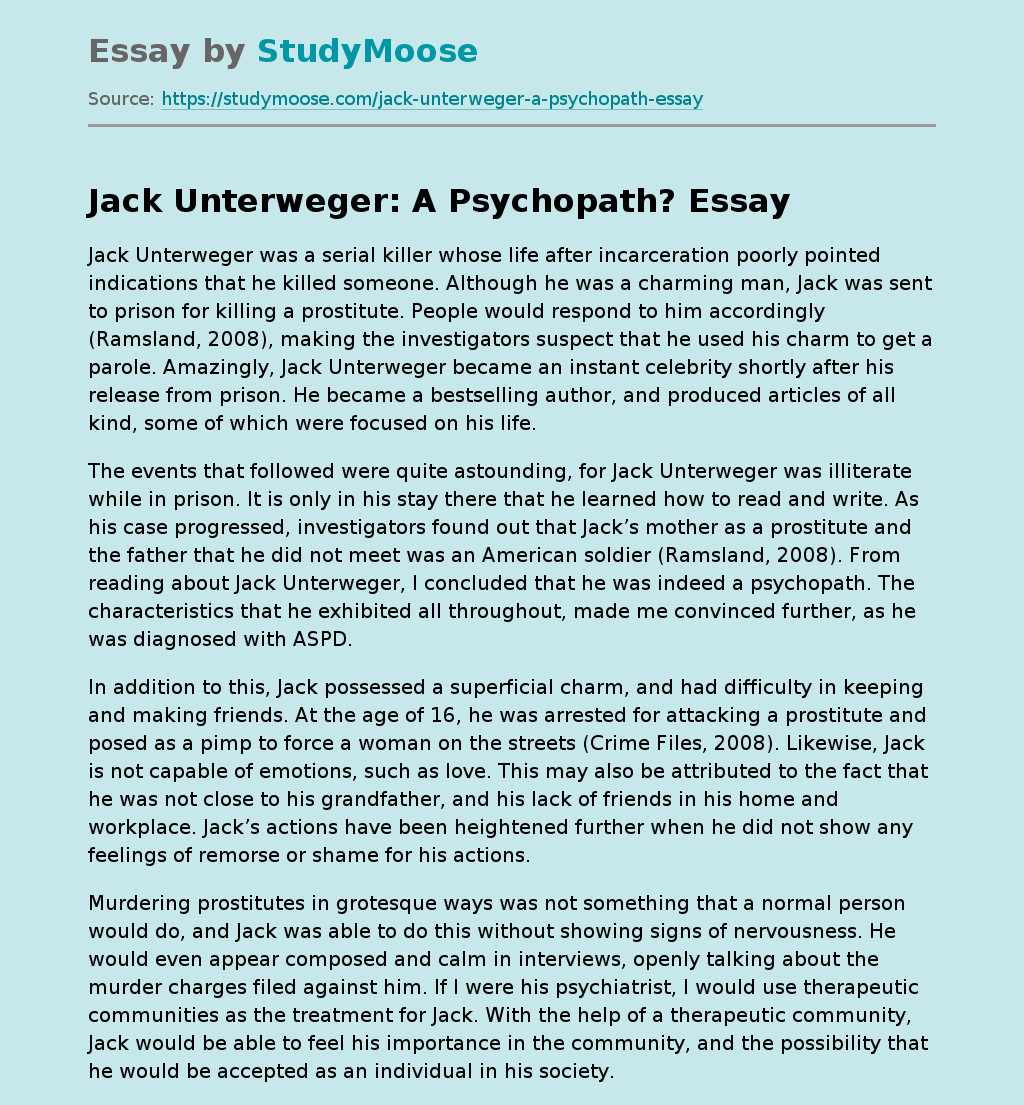