This case revolves around Dr. Jack Perry, the protagonist, is proprietary dentist clinic. Dr. Perry is a successful dentist in a small town of Cromwell in Canada. He had purchased the practice from a retiring dentist and has been successful in his practice considerably. However, he now faces a management problem of motivating his employees who are suffering from low morale and do not seem to be working as hard as they could to help increase the revenue of the clinic.

Dr. Perry, had attended a dental conference in Chicago in 2005, and recalled two approaches to profit sharing which would help in motivating the employees. He now faces the dilemma as to which one of the two pay structures would be best suited for his practice as selecting a wrong pay structure could lead to further de-motivation of his employees.

BACKGROUND OF THE CASE
Dr. Jack Perry has managed to run a thriving dentistry practice in Cromwell which had a population of only 3000 and served an additional 7000 people from the surrounding areas.

He had little competition in the form of 3 other dentists. Dr. Perry has sound financials and is witnessing a growth rate of 15 % annually. In conformance with industry norms Dr. Perry employs three categories of employees namely, receptionists, hygienists and assistants. At present he employs two part time receptionists, two full time hygienists, one full time assistant and one part time assistant.

His employees were paid their wages at competitive hourly rates prevalent in the market. In addition to their hourly wages, they were given an Annual cash bonus of $400 during Christmas which was well appreciated by his employees.

Dr. Jack Perry was quite involved with his staff by regularly discussing their work and salary on an informal basis. He allowed his employees 3 weeks holidays in a year. As a result Dr. Perry had virtually no staff turnover. Despite the his easy going manner, competitive salary and a pleasant work environment, Sandi the receptionist, had concluded that the morale was low among the staff, an observation Dr. Perry had made himself.

OBJECTIVES
To study the benefits and drawbacks of the two pay structures , its financial impact on the employees and how they would help him resolve the issue of low morale in the organization. To suggest the best suited pay-structure for Dr. Perry’s practice which would help him increase his collections by motivating his employees.

Dr. Jack Perry is a dentist who has completed his graduation from an Ontario University dental school in 2011. He was a sole practitioner dentist in Cromwell, Ontario. Becoming a dentist in Canada was a rigorous process which required a lot of hard work and which included three years of study at the undergraduate level, followed by four years at an accredited dental school. Perry was happy with his work as he was giving competition to other three dentists in Cromwell. He was doing far better than his competitors and was proud of the financial success which came along with it. His business was now growing at 15 per cent annually. Perry had created a comfortable and easy going environment at the workplace.

He used to have informal meetings with the staff annually to discuss the work and salary. His staffs were given three weeks of holiday per year. Not only this, but he also allowed his staff to take further unpaid vacation time as long as they can provide him with another staff member to handle their shifts. This gave the flexibility to the staff members as this thing made easier for them to spend some time with their families. All the team plans and organize the Christmas party before Christmas holidays. He used to give cash bonus for their hard
work throughout the year. He was a benevolent boss.

CASE ANALYSIS
1. The main reason for the decaying employee morale was the quick growth of the business. Dr. Perry’s employees were well compensated at competitive market rates and enjoyed a pleasant working environment. The annual growth of the business (15%) meant that his employees were making relatively less money than Dr. Perry himself. The current pay structure did not have any provision for any category of employees to earn a proportion of the profits. Every employee has a fixed hourly salary. Thus, a bigger business meant that they felt like slave labourers since they were aware of the increase in the practice’s revenues and number of patients.

2. Dr. Perry’s revenues largely depended on the hygienists who generated about 40% of the revenues. Even the receptionists played a vital role in adding to the revenue by filling in cancelled appointments. His assistants too contributed by playing the role of nurses by comforting the patients which further helped in patient retention. Thus it would seem only fair that a part of the profits must be shared with the employees in the form of a variable pay structure.

3. As per the conference which Dr. Perry had attended, the first approach of remunerating the employees focused on the contribution of the hygienists only. As per this approach, the hygienists would be paid purely on a commission basis of around 40% of the total earnings. The main advantages of this system are: It recognises the direct effect of the hygienists’ efforts on the revenues of the practice and rewards them for the same. A 40% commission would be financially more beneficial to the hygienists assuming the current level of collections.

Also it is forecasted that such a pay structure would result in an increase in the billings by about 13%. The major drawback of this system is that it simply does not completely recognize the contribution of the receptionists and the assistants in the revenue generation of the firm. The pay structure does not clearly define how commission would be linked to the total earning of the receptionists and the assistants. Also, by making the earnings of the hygienists completely dependent on the revenue, it may lead to dissatisfaction of the hygienists of the collections did not increase.

4. The second approach states that the employees should be given a share of the profits at a pre established percentage over and above their hourly wage rates. This method ensured that : Some parts of the profits were distributed to all the categories of employees. At the same time since the employees would receive their hourly rates in any case, it would give them a sense of security and eventually help in maintaining the pleasant work atmosphere. However, this method did not distinguish between the categories of employees who contributed more to the revenues than those who contributed comparatively less. This could lead to de-motivation of the hygienists who had a direct impact on the revenues of the companies.

Solutions/Suggestions
For Hygienist :
1. Perry’s Clinic should recognise best skilled hygienists. Perry should conduct special trainings for the underperformers and bring them to the same level. 2. Targets of hygienists need to be on a similar alignment as that of the firm. 3. Teamwork needs to be motivated through annual bonus.

4. Incentives can be introduced to keep the results persistent. 5. The firm should control the cost through effective pay strategy.

The above decisions could have the following effect on the hygienists – their income would increase; the effort put in by an individual would benefit him/her i.e. every individual is responsible for his/her incentives. Thirdly they would get an opportunity to work with an efficient peer group thereby nurturing each other. For Assistants & Receptionists:

1. The firm should encourage wage earners to spend time on highly skilled tasks. 2. Decrease interoffice concern about peer pay. Pay should be based on training level. 3. The weekly payroll should be known.

By implementing these they would have stable pay, little daily pressure to up sell services. Their pay easily calculated each week. It would allow them to take time off providing high quality of work.

In the scenario where Dr. Perry business is growing at a healthy rate it is important to continuously monitor pay structure of the firm and revise it from time to time since remuneration is directly related to the motivation level of the employees.

Dr. Perry must change the pay structure to accommodate profit sharing with the employees in the form of a bonus which would be a percentage of the total profits of the practice, in the case of increased revenues for that particular year. This method is better for the business at this stage because the practice is still in a growth stage. The profits can be divided among the different categories of employees in a number of ways. A drastic change in the pay structure from fixed to completely variable is not recommended because in case of lower collections in any particular year, it may lead to lower earnings for the employees. This pay structure can be further revised in the future to increase the profit sharing element in the remuneration of the employees as the firm grows bigger.

MANAGERIAL LEARNINGS
1. Monetary benefits motivate people to perform better in most cases. It is important for managers to understand the link between the pay structure and the motivation levels of employees. Merely high wage rates may not be sufficient to motivate the employees and they must given a fair share of the profits earned by the firm.

2. Performance linked Variable Pay (PLVP) is a salary component present in most of the MNCs. This keeps the employees motivated to continuously increase their productivity rather than a fixed salary which may lead to a laid back style of working thereby impacting the performance negatively.

3. It is important for mangers to know the contribution of individual employees and different categories of employees and must frame the pay structure in accordance with the same. This would ensure that employees are rewarded sufficiently for better performances.

4. Keeping the market standards in mind, pay – structures must be constantly monitored and should be revised along with the growth of the firm in terms of revenue earned and the volume of business for employees of all levels.

5. Firms disclose their revenue generated through Quarterly/Semi Annual Meets. Managers must make sure that the employees understand not only the revenue aspect of a growing firm but also the increased costs associated with them and therefore emphasise on the need for higher productivity from the employees. 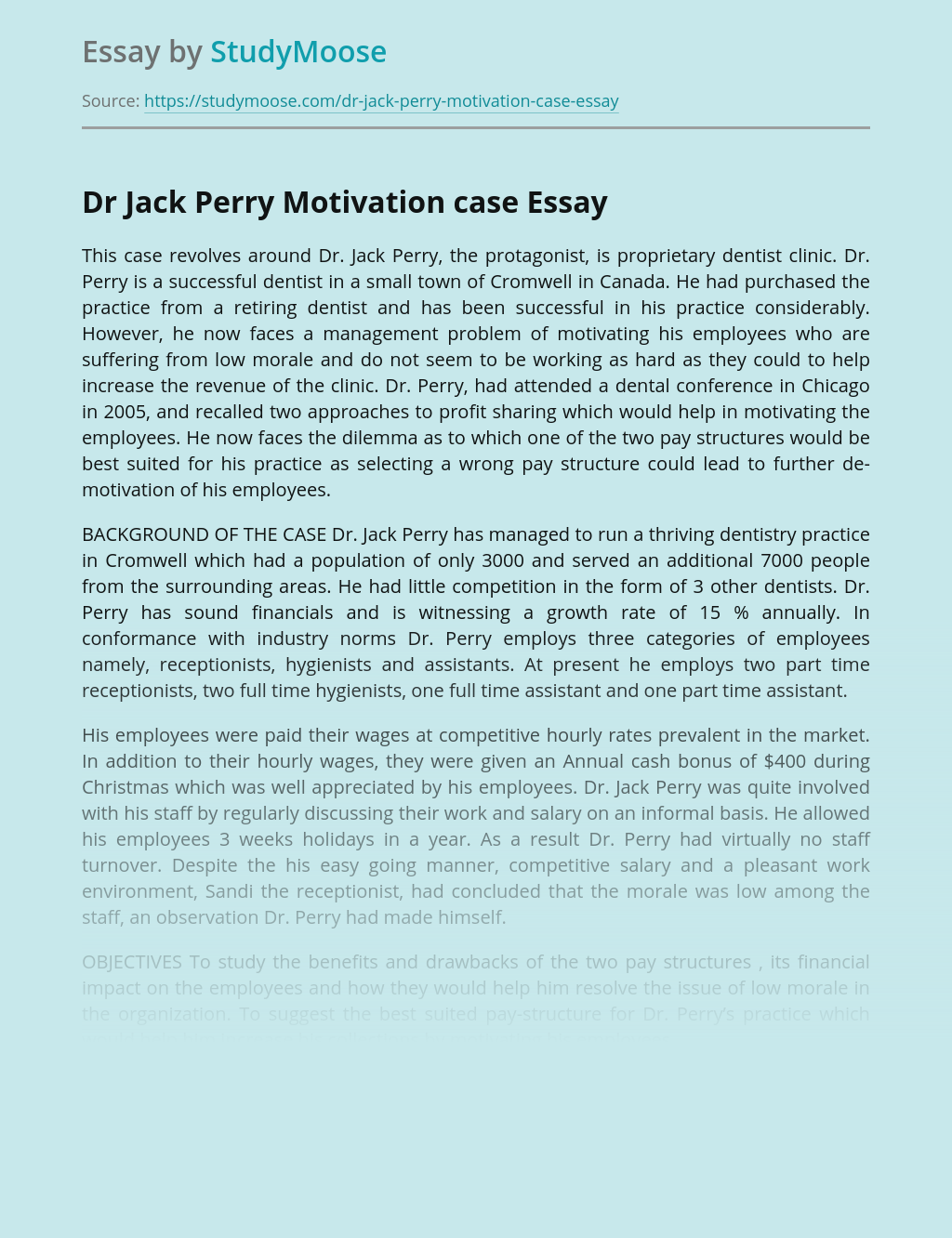