How Did Magna Carta Influence the American Bill of Rights?

Don't use plagiarized sources. Get your custom essay on
“ How Did Magna Carta Influence the American Bill of Rights? ”
Get custom paper
NEW! smart matching with writer

The Magna Carta had a great influence on the American Bill of Rights. The Magna Carta’s theory influenced America to gain freedom from Great Britain. The Magna Carta gave the US Constitution due process, which were procedures on what the government can and can’t do, and it guaranteed certain rights to all American citizens.

The American Bill of Rights are the first 10 Amendments in the US Constitution. The Bill of Rights was written by James Madison which list specific prohibitions on governmental power, in response to calls from several states for greater constitution protection for individual liberties. For example, the Founders saw the ability to speak and worship freely as a natural right protected by the first amendment. Amendment one says you have the freedom of speech, press, and religion.

The Magna Carta influenced the American Bill of Rights greatly, it is one of the main reasons we have our basic rights as American citizens.

How Did Magna Carta Influence the American Bill of Rights?. (2021, Jun 05). Retrieved from https://studymoose.com/how-did-magna-carta-influence-the-american-bill-of-rights-essay 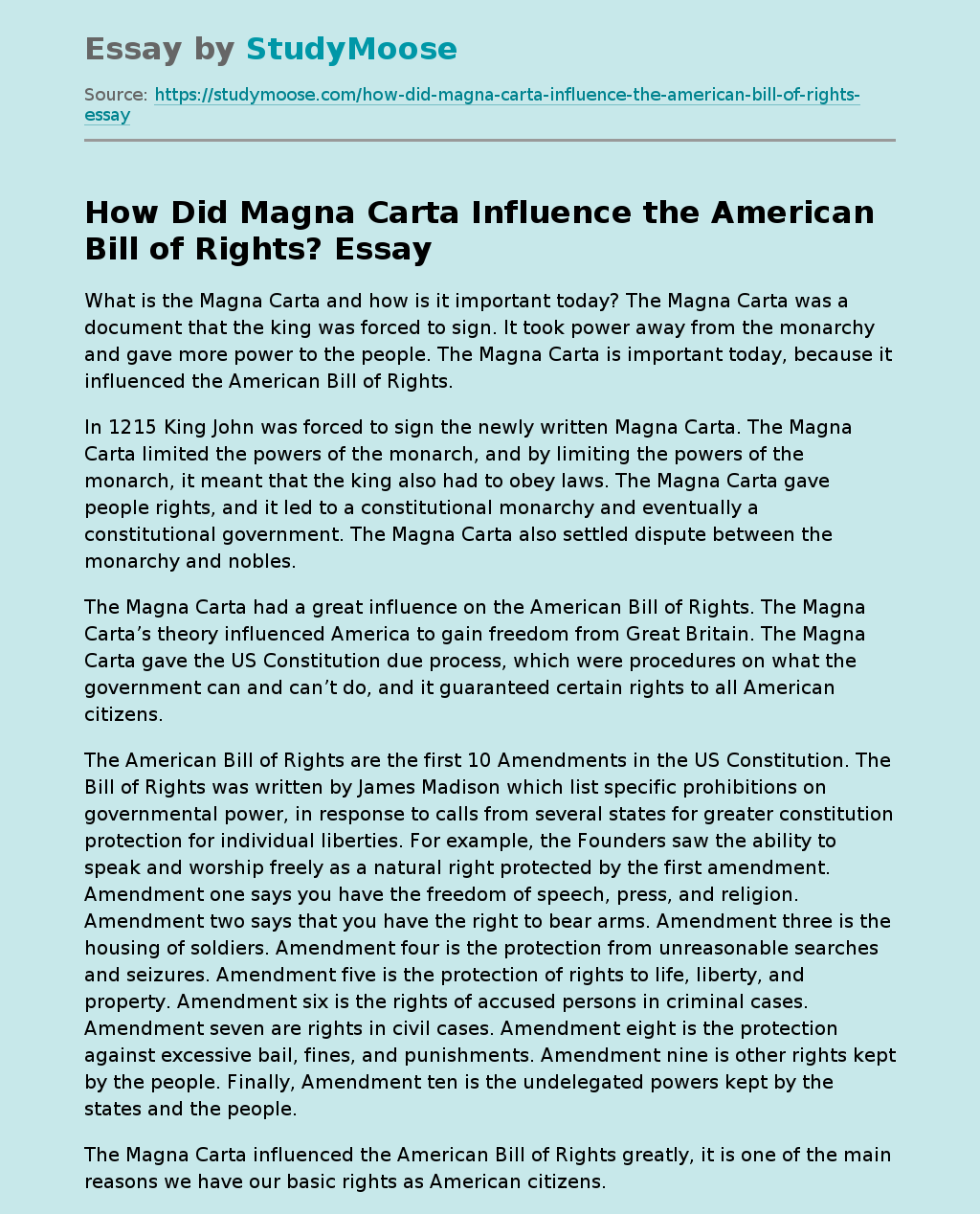