Motivation in an organization plays a very significant role due to its impact on the success of the company; this has allowed companies to attain a competitive advantage in the market environment through an increase in performance by members of staff 200018 according to 200018. Motivation is a way of identifying a need by staff and making it attainable in an orderly manner. 200018, goes further to state that motivation is crucial since it enables the employees to open up their talents and meet the demand of the business.

Don't use plagiarized sources. Get your custom essay on
“ How Company Culture Shapes Employee Motivation? ”
Get custom paper
NEW! smart matching with writer

Therefore, it is essential for companies to understand the needs of the employees and marry them with business demands. Motivation is regarded as the practice of developing and maintaining goal-oriented habits. 200018 notes that motivation is intrinsic and extrinsic and plays a critical function in respect to performance in an organization. Employees value motivation, regardless of whether intrinsic or extrinsic as long as they are provided with any form of motivation.

It was formulated by Fredrick Herzberg in 1962 and covers the difference between sanitation and factors that motivate employees to work hard. Fredrick focused more on job satisfaction, and he divided motivating factors into those that bring job satisfaction and hygiene dissatisfaction. According to 200018 Herzberg’s two-factor theory focuses on motivation and performance results that address the needs of the employees. Hygiene deals mainly with the environment in which the employees are placed, such as salaries, regulations, management and the relations that the employees have with the organization.

It also includes factors such as job security, the work environment. Other motivating factors include the nature of the job, acknowledgement, and accomplishments as well as responsibility. Herzberg argued further that people become motivated by individual achievements instead of self-actualization.

According to 2000178, Herzberg’s theory covers mainly the workplace and covers both personal and group incentives. However, Herzberg’s theory has been criticized by some scholars stating that the theory is ethnocentric since support can only be attained when Herzberg’s two theory methodology is applied. Additionally, the theory has been criticized that it causes confusion between job contentment and incentives. This is true in the sense that an organization can provide a conducive working environment with the provision of relevant hygiene factors, but still, employees may not be motivated to do their job. However, if proper motivators are provided that are related to the kind of job being performed, workers will be motivated to work extra hard, and they will get good results.

Motivation is a key driver in motivating employees to attain set objectives; it informs how much the employee can put effort towards the attainment of set goals and how they are willing to work towards accomplishing set goals — employees who are motivated work efficiently and effectively and have the ability to influence the steps to be taken an organization. Motivating employees in terms of achievement deals mainly with satisfaction and a sense of achievement about how the employees feel about their roles in the workplace as well as the employers. When a decline is noted, proactive steps must be taken to make employees be more motivated and boost their morale. If the needs of the employees are overlooked, it results in dissatisfaction, and this affects productivity in the workplace.

Regardless of the kind of job, whether it is distribution, packing, managing a warehouse or any other position, people always want to feel that they are valued and that their jobs matter. Showing employees that their work is appreciated encourages them to work towards the attainment of required tasks. Additionally, employees feel honored when they are assigned responsibilities; this keeps them motivated to work towards the accomplishment of set responsibility. Moreover, assigning employees duties to accomplish makes them feel that their contribution is valued and bolsters the sense of commitment and achievement, this motivates the employee to work harder.

Involving the employees in the operations of a company encourages them to feel valued especially when they are involved before making critical decisions. This is regardless of whether their views were implemented, as long as they were engaged. It creates a sense of belonging and makes the employee feel valued. As a result, the employee will be willing to put in more effort towards the attainment of set plans since a sense of ownership is created. On the same note, employees should be given freedom while working. In some organizations, employees are allowed to set their schedules. While in other companies, autonomy means workers are given a chance to decide how they want to work. Providing freedom to employees enhances their commitment and leads to increased job satisfaction. Previously, most organizations did more oversight on low-level jobs, while granting more autonomy to high ranking positions. However, various studies show that posts that have more autonomy have increased job satisfaction as well as productivity.

Providing chances for professional growth. By nature, humans are wired to grow; this is evident even when the child is young. Technically, humans always desire to have bigger things and more success. The desire for humans to develop does not die off. Instead, it grows as people advances in their life.

Similarly, employees should be provided with opportunities to improve and shouldn’t be locked out. This involves offering higher positions in the company or increasing their salaries. Therefore, to become an effective supervisor, it deals mainly with how employees are handled. Motivated employees are willing and ready to go out of their way to ensure that they have achieved what they have planned if employees complete their plans, it also means that the supervisor will be successful in his roles. 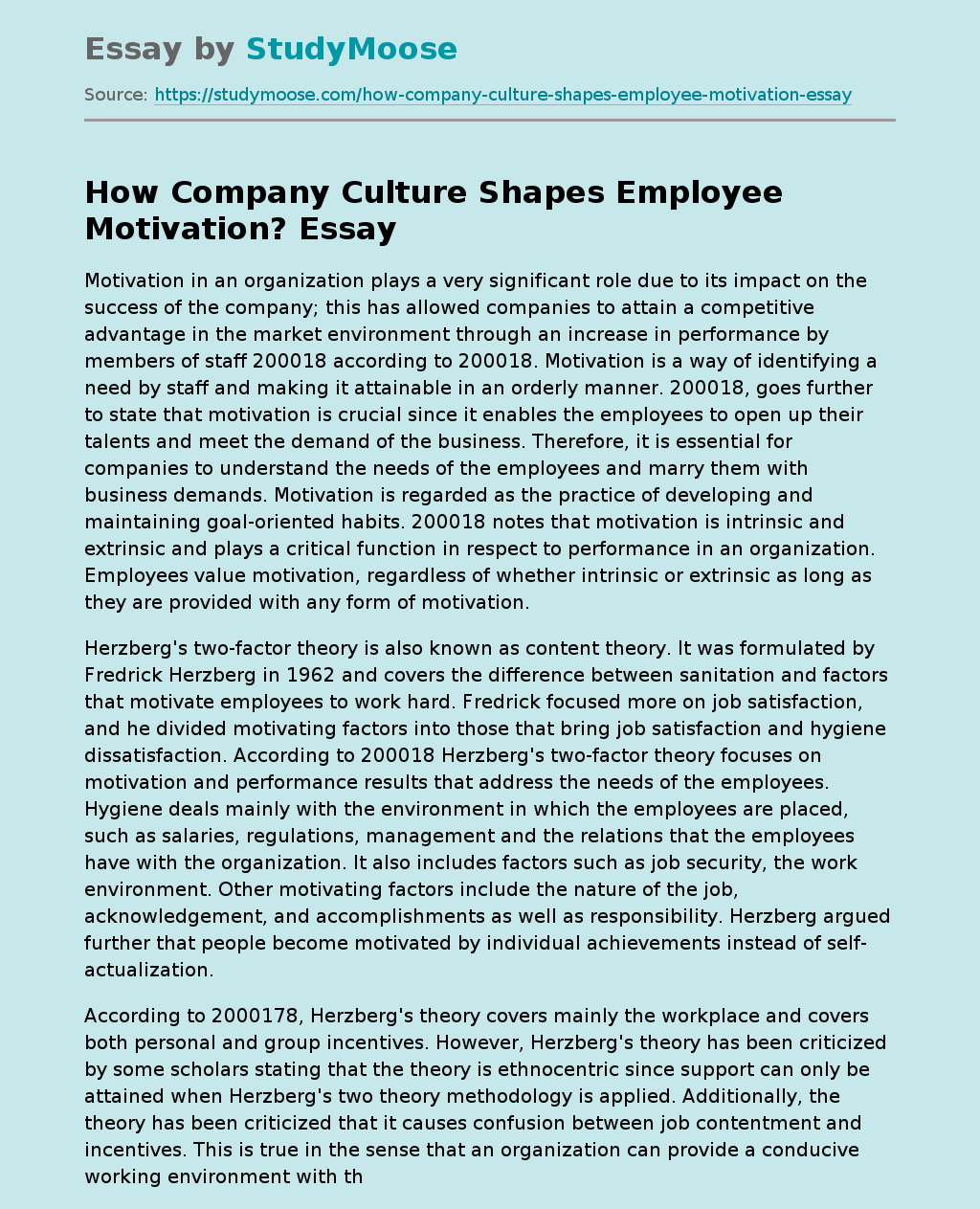