Economic and Political Changes During the Medieval Ages

Before becoming what it is today Europe went through a lot of changes. After the fall of Rome, Europe was in chaos. This is until Charlemagne helped to restore it, after his death though, Europe was back into chaos. Chaos ended in the High Middle Ages when Europe prospered politically and economically.

In the Early Middle Ages, also known as the “Dark ages” which was after the fall of Rome which was caused because of lack of a centralized government, lack of trade, and lack of formal learning, there was a period of great disorder.

Don't use plagiarized sources. Get your custom essay on
“ Economic and Political Changes During the Medieval Ages ”
Get custom paper
NEW! smart matching with writer

Because of Europe’s many natural resources such as their seas which were great for fighting and farming, many Germanic tribes, Viking, and other people tried to attack it. When Charlemagne became Emperor the chaos stopped but after his death it continued again.

The High Middle Ages were times of economic and political prosperity for Europe. Europe started using a feudal system, which is a system of government based on control of land.

In feudal society everybody had a place. For example, vassals pledged their loyalty to their lords and they helped each other out. Another example is serfs farmed and did other labor work for the lords and kings in exchange for land and food. The feudal system provided Europe with a centralized government.

Economically Europe also changed, During the Agricultural Revolution they made new technologies such as the wind mill and iron plow which greatly helped with farming. They also started using the three-field system.

Because of their change there was more food and the population grew. Trade routes, trade fairs and towns were also created. Another big change was the Commercial Revolution. Money reappeared and was used to buy and sell goods. Europeans developed new ways of doing business. They created partnerships and an insurance system. This greatly helped business in Europe.

Economic and Political Changes During the Medieval Ages. (2016, Jul 05). Retrieved from http://studymoose.com/economic-and-political-changes-during-the-medieval-ages-essay 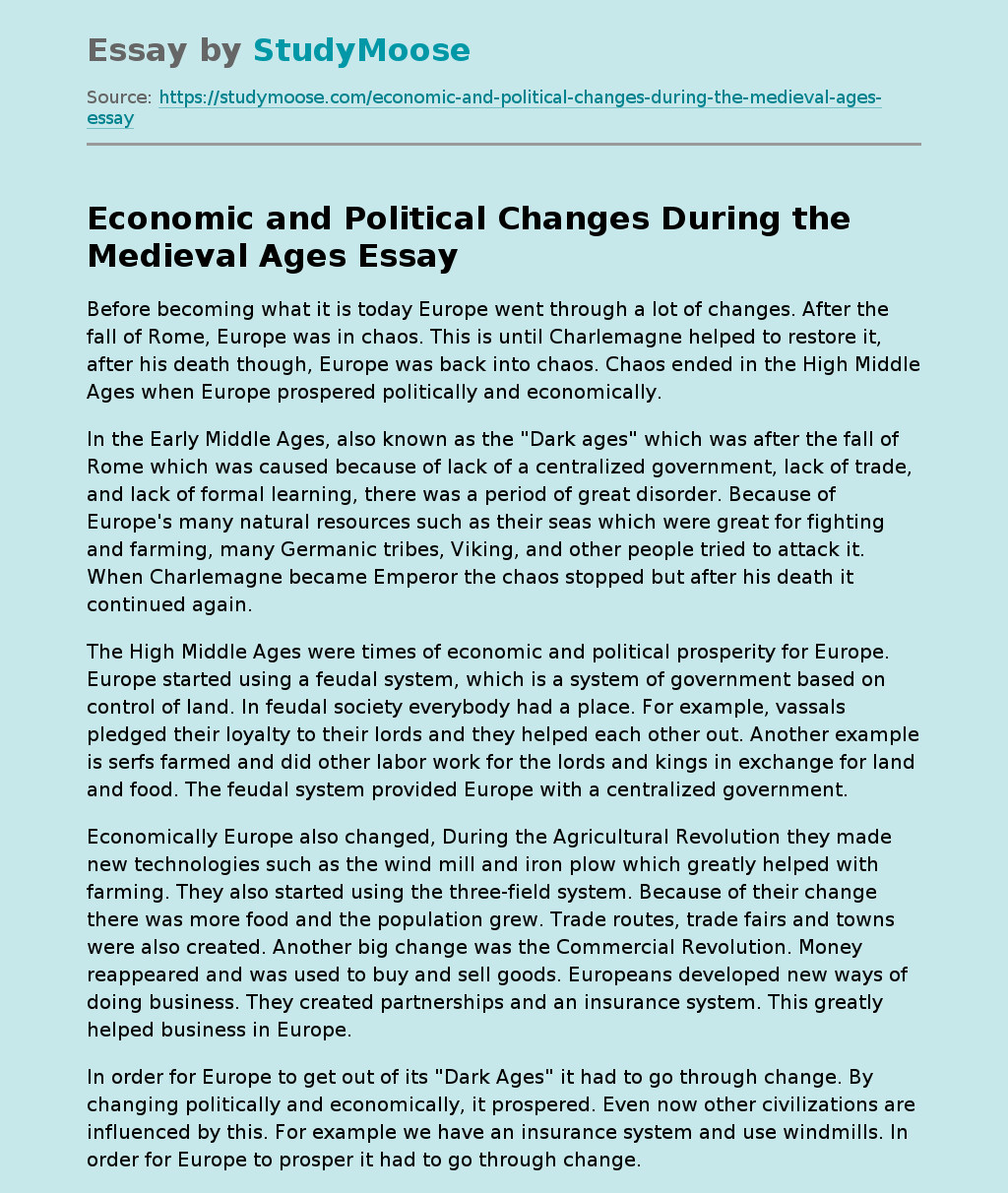