The New England, Middle and Southern colonies were the part of the New World which used to belong to the British. Although the colonies all had good things, all of the regions had things that didn´t help them grow as a region. Some colonies had rocky soil for example. Having a good climate and a good topography is part of agriculture, having materials to work is part of manufacturing.

Each of the three regions had different types of industry.

Don't use plagiarized sources. Get your custom essay on
“ Differences between Colonial Regions ”
Get custom paper
NEW! smart matching with writer

The Southern colonies also used to export farm products such as corn and other vegetables.

The people that lived in the New England colonies were mostly Puritans and Pilgrims. In the Middle Colonies the people who settled where the settlers from Netherlands, Germany, Sweden, France and Scotland. New Sweden and New Netherlands joined and became Delaware and that junction was made by the Duke of York. The Southern colonies were settled by the Puritans, the Puritans who settled in the Southern colonies settled mostly for economic reasons. The Puritans usually would take African slaves for the Southern Colonies.

Differences between Colonial Regions. (2016, May 15). Retrieved from http://studymoose.com/differences-between-colonial-regions-essay 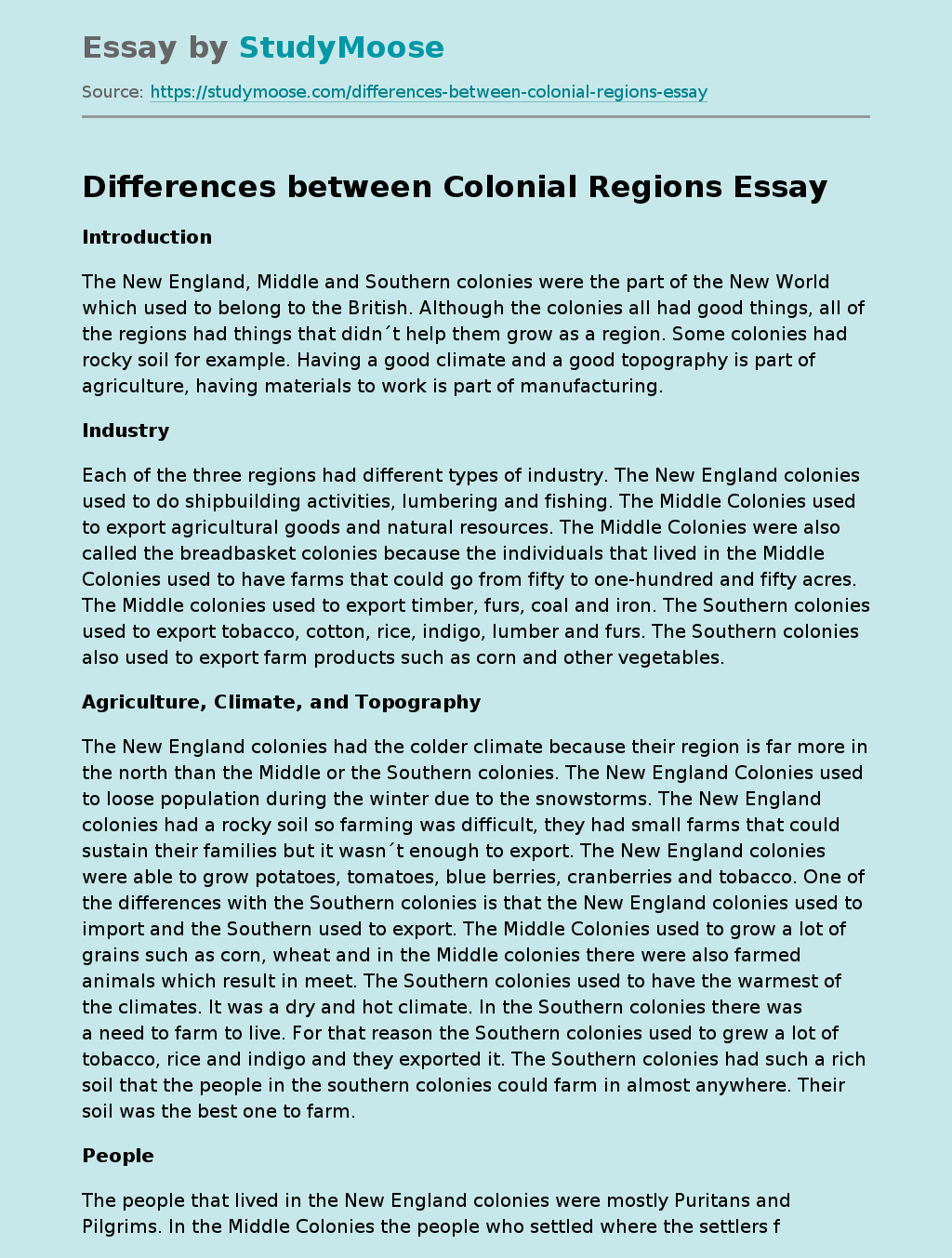