During a time when no vehicles existed or any type of technology, there was religion. This was part of the pre-modern times. Depending upon what part of the world you are from depends on what type of religion you are likely to encounter. This also determines the likelihood of what religion you may have grown up with. Your religion and your background helps in determining what values you may have. These believe and values vary in different religions. Some may learn some parts of these religions from movies or hearsay.

Don't use plagiarized sources. Get your custom essay on
“ Comparing Eastern and Western Religions ”
Get custom paper
NEW! smart matching with writer

Sometimes as we get older it is hard to determine what we believe as we do. Before 500 BC there were three western religions. They started very similar in the pre-modern times. When you look into the religion of Islam, the studies not only consist of the Qur’an but also the Bible. There are similarities as well as differences amongst these two religions. Many with the Muslims community that have converted from a Christian background before turning to Islam as their spiritual guidance.

There are many comparisons as well as differences amongst these two religions. Judaism, one of the western religions compares closely with the religions of Christianity and Islam.

The bible is used in the religious studies although preferred in the original Hebrew text. Amongst these three western religions come relationships that will have learners referring to one or the other through contrast and comparison. Understanding the source of information from God allows for teachings to continue. These three religions also preside with the majority percentage in North America with the largest and second largest of the religions within these three.

In time before there were hospitals, there was a son born to a virgin Mother Mary. In this birth the son of our father was born. God had his only begotten son Jesus Christ. Within the Christian community he was a messenger that delivered the messages of God. He was God reincarnated. Jesus although with different roles within the western religions all has him in common. As a Muslim, no virgin would be able to give birth to. Jesus does exist within the Islam religion and born from the Virgin Mary but as one of the prophets sent from Allah. Although from God his messages were misconstrued and corrupted Later in years when the Jewish had their own religion, they saw Jesus as a normal person in a normal birth.

Although there are some differences, the main similarity between these three is that Jesus existed and was a very important part of the religious community. Looking at one of the Eastern religions, we can look at what we believe as our self. In Hinduism, one can achieve Moksha by doing good and having eternal life. Nothing we go through in this lifetime is really important. Once we truly realize this, then we are no longer subject to Karma. The law of Karma says all actions produce future experiences, good or bad. Karma plays an important role in all the life we live as a Hindu. The more bad that is done determines the sufferings one will go through and the reincarnations to determine the amount we have. There are many different Gods for different purposes. These different ones are sub-gods but there is one Brahma through their different belief stages. This is the supreme of all Gods. Hinduism is a way of life and in a sense, no one person is beyond it. They have many different symbols of God. Once people notice the symbol, there is no need to point it out. Sacred rituals happen and the Ganges River is vital part of this.

In Taoism, the religion believes that reality has a natural order just as there was a natural order with nature and the less you do to change that order then the better off you will be. With Taoists, the practice of Wu-Wei is evident. It is the rule that states to act without action, and being non-aggressive is the right way to live. D-fens thought he was doing the right thing by making all of these people pay for what they’ve done, but in actuality, it wasn’t his right to judge. When civilization at first became, the world was focused on God. The pre-modern times also has a focus on church, community and leadership. The traditional values in humanity are essential in the reasoning of the religion as well as the scriptures. Alternatively, the modern era moved away from religion and scripture. Instead of God bringing reformation, mankind was. Logic was used to explain events; science replaced religion. Moreover, both science and religion were gone during the post-modern period. God was “dead” and science could not explain reality any longer. In order to restore human nature and religion back to its original purity, Muslims, along with Christians and Jews, believe that God and the messiah need to be restored. 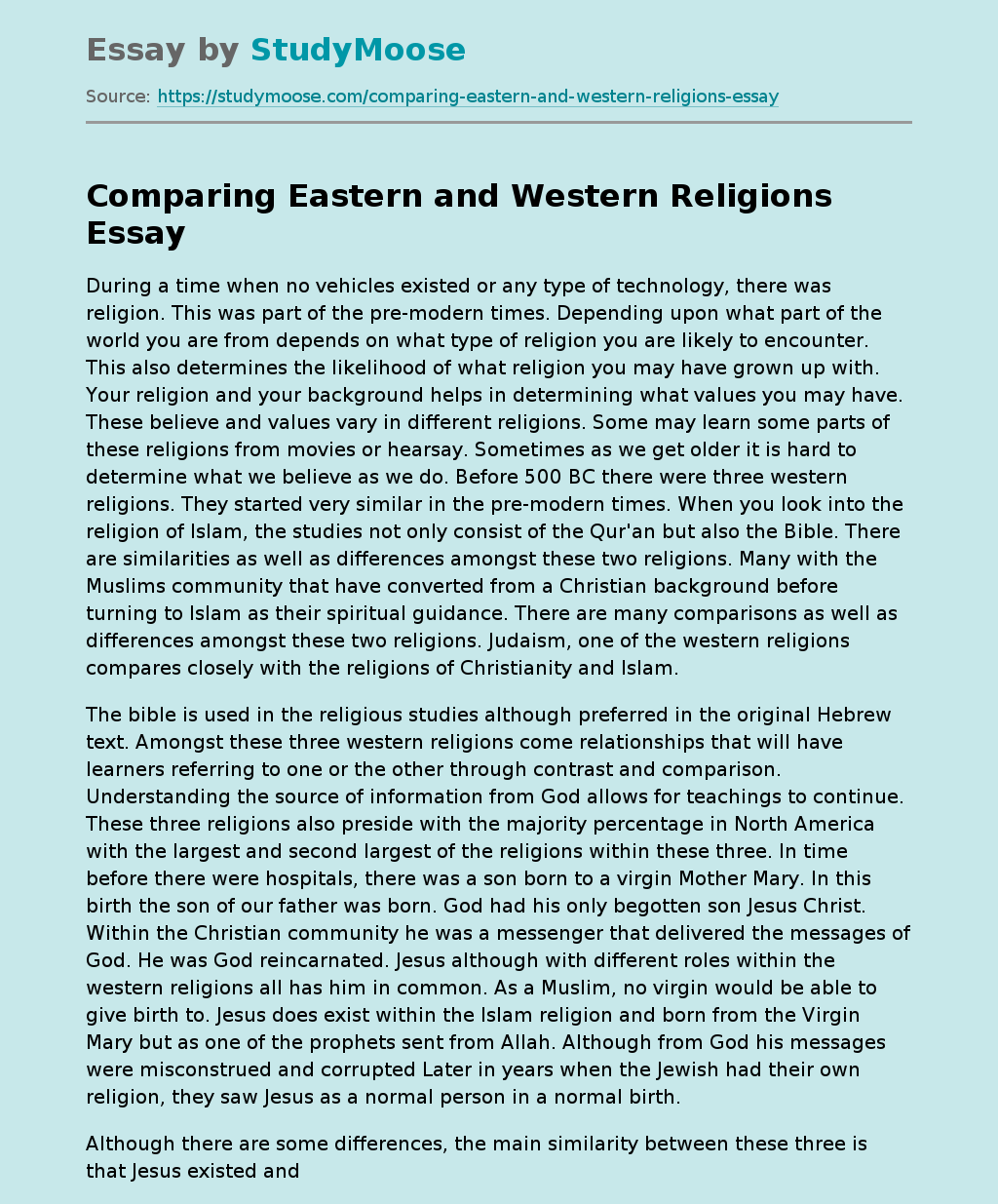