Compare and Contrast about the Village Life and City Life

Sometimes, I think about where my own future house should be; in a city or in a village. I like to live in the two areas because they have many different interesting aspects. Therefore, I can’t make up my mind. After I compare the air, the technology and the schools of the two areas, I finally make a decision to live in a city.

The first thing I considered was the air. Both people from rural villages and city dwellers breathe the same air.

Turn in your highest-quality paper
Get a qualified writer to help you with
“ Compare and Contrast about the Village Life and City Life ”
Get high-quality paper
NEW! AI matching with writer

But that is where the similarities end. The air in the village is purer and more serene then the air in the city because the village has a lot of plants and a few vehicles. Although the city which has a lot of business centers or factories would help to improve the standard of living, it also causes air pollution. Other reasons which cause air pollution are that the city usually has a lot of vehicles and people in the city cut a lot of plants to make way for commercial, industrial and residential buildings.

see more:living in the countryside

In a nutshell, after taking everything into consideration, I think I made the right decision. My decision is that my future house will be in a city because I need to have a good and convenient location for my studies; in addition, I like to see or buy new products of technology as soon as they are released. Therefore, I believe that I will probably be happier if I live in a city.

Compare and Contrast about the Village Life and City Life. (2016, May 07). Retrieved from https://studymoose.com/compare-and-contrast-about-the-village-life-and-city-life-essay 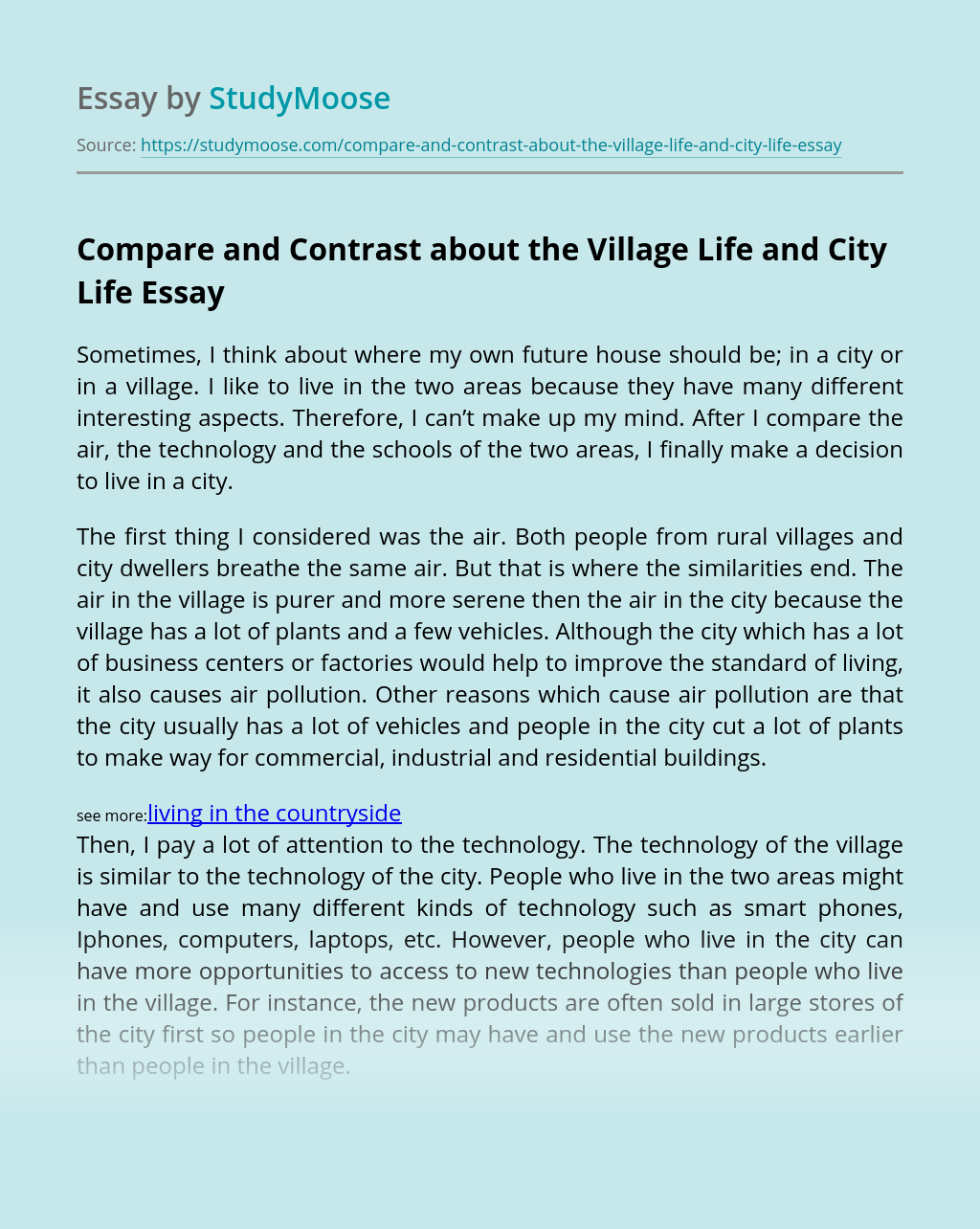 Turn in your highest-quality paper
Get a qualified writer to help you with
“ Compare and Contrast about the Village Life and City Life ”
Get high-quality paper
Helping students since 2015
Stay Safe, Stay Original