In completion of this assignment the art gallery that I chose to visit was Mark Gallery in Englewood New Jersey. When you walk up to the establishment there are floor to ceiling glass windows that allow you to see everything inside. Facing the gallery there were so many colors that enticed you to enter. The arrangements and art work was spaced out nicely not causing clutter. This allowed you to individually take in each piece on by itself. All of the pieces were very nice but the artist that caught my attention was Mr.

Don't use plagiarized sources. Get your custom essay on
“ Art Gallery ”
Get custom paper
NEW! smart matching with writer

Oberndorf was born in New York but is currently residing in Bergren County New Jersey. He is a contemporary realist painter. Since the age of 10 he has been interested in the visual arts. At an early age some of his beginning works were illustrating his school yearbook to painting murals on his elementary school building. From 1995 to present Oberndorf has had art in various group and solo exhibitions and galleries.

I found several of his pieces interesting because they were so basic. Not meaning they did not have levels or dimensions but they put me in the mind of simpler times and relatable memories. His pieces display three dimensional effects on a two dimensional surface with natural lighting effects. All painting are created with oil on linen canvass. Such pieces as the “Wyckoff Train Station”, “Dairy Queen” and “Gas” all represent the Bergren County area and parts of New York prior to the gentrification phase.

The piece of the “Dairy Queen” shows the classic franchise that was shaped somewhat of a barn prior to the new modernized look you may see today. I can remember as a kid having one of these in our neighborhood. We frequently visited it for a Sunday cone after attending church. I could not wait to stand in line for my soft serve on a cone. Lastly the “Wyckoff Train Station” is truly a classic single standing building not so big on the side of the tracks. Much dated compared to the enormous train stations and subway stations you see in the big cities such as New York.

Through viewing these pieces I would think this is his way of holding on to a piece of history, before all common landmarks that held tradition and memories were torn down. Prior to gentrification in many of our communities there were several sites or establishments that were a common thread to our community. Be it the mom and pop store on the corner to the old fashioned ice cream stand. Gentrification has erased these things with more modernized establishments that help to bring economic wealth for some but forces others out of the neighborhoods and communities that they have been a part of for quite some time. 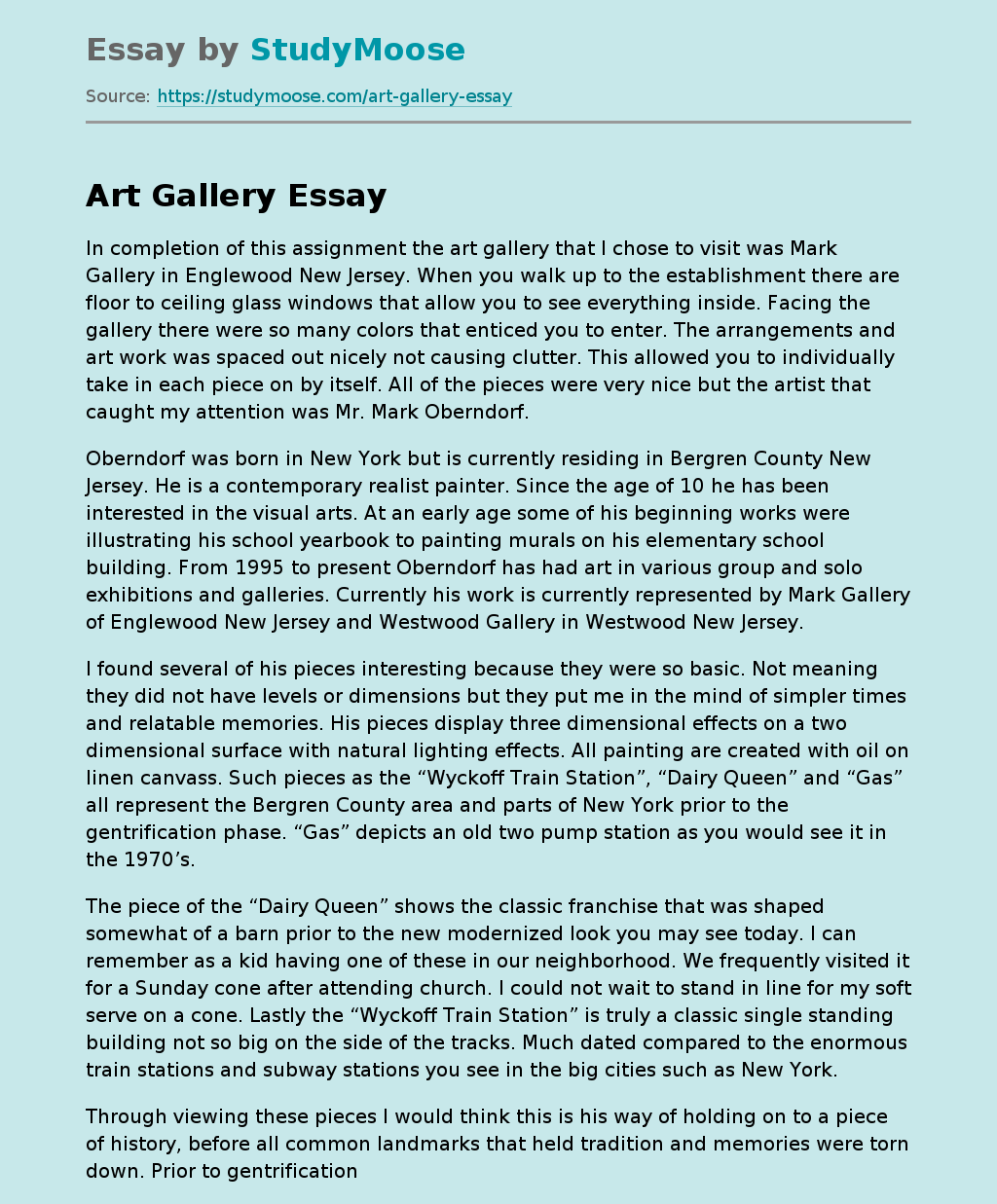