Why Was Germany Unhappy with the Treaty of Versailles?

The Treaty of Versailles was the treaty that made peace between the countries involved in World War 1. These countries included Austria-Hungary, Britain, France, Germany and United States of America. In the treaty, Germany lost a lot of land, which made a big blow on their empire. Germany’s ambry was limited to 100,000 troops, as the French were scared of being invaded from the border. Also the Rhineland zone, where the Rhine River flows, was demilitarized, so would not invade France.

Also they lost land to Poland, the new country made from the U.

Don't use plagiarized sources. Get your custom essay on
“ Why Was Germany Unhappy with the Treaty of Versailles? ”
Get custom paper
NEW! smart matching with writer

S. S. R and Germany. They were given access to the sea through the Polish Corridor and were given access to a good trading port called Danzig. This made Germany even angrier, and upset. The German navy was limited to 6 battle ships, 6 cruisers, 12 torpedo-boats and 12 destroyers. Germany could not import/export weapons and poison gas, armoured cars, armed aircraft and blockade on ships were prohibited. Also, the Saar, place rich in coal was given to France to look after for 15 years.

Germany had to take the full blame for the war and had to pay 226 billion gold marks. It was later reduced to 132 billion, which nowadays, is 284 billion. The conference included David Lloyd-George, Georges Clemenceau, Woodrow Wilson and Vittorio Orlando. Friedrich Ebert also attended, but was humiliated and made to stand up during the whole conference. What the Germans really resented was article 231 of the Treaty, which said Germany had to take full blame for the war.

Why Was Germany Unhappy with the Treaty of Versailles?. (2016, Dec 25). Retrieved from http://studymoose.com/why-was-germany-unhappy-with-the-treaty-of-versailles-essay 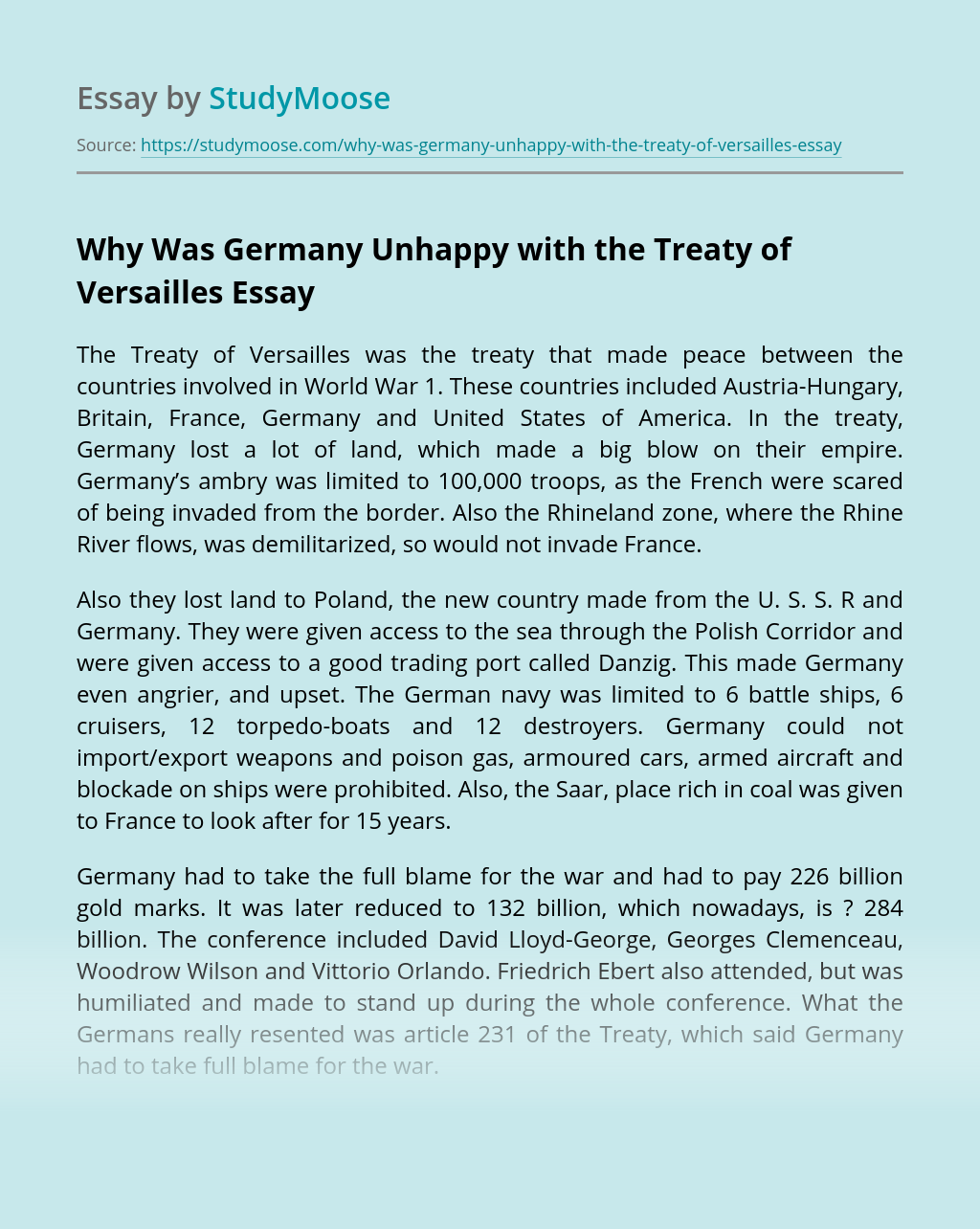