Don't use plagiarized sources. Get your custom essay on
“ Universal healthcare might lea… ”
Get custom paper
NEW! smart matching with writer

There would simply be too many patients and not enough doctors. You could also say that it is way too costly and is putting the government into more debt. Many people add that the ones who cannot afford healthcare should have simply gotten a better education. Anyone should be given help when in need. What if a child does not have money to pay for healthcare? It is not the children’s fault that their parents are not wealthy enough to pay for care.

Universal healthcare is fundamental for a more equitable society in which everybody could benefit from healthcare if needed. There should be a system in the U.S. that provides healthcare to all, not only because it can afford it financially, but also because it would lower its current cost. The reason healthcare costs so much in the U.S. is that the primary goal of insurance businesses is to earn more money than they pay. But an insurance business cannot stay financially sound by selling comprehensive policies at inexpensive costs to people who will become ill. 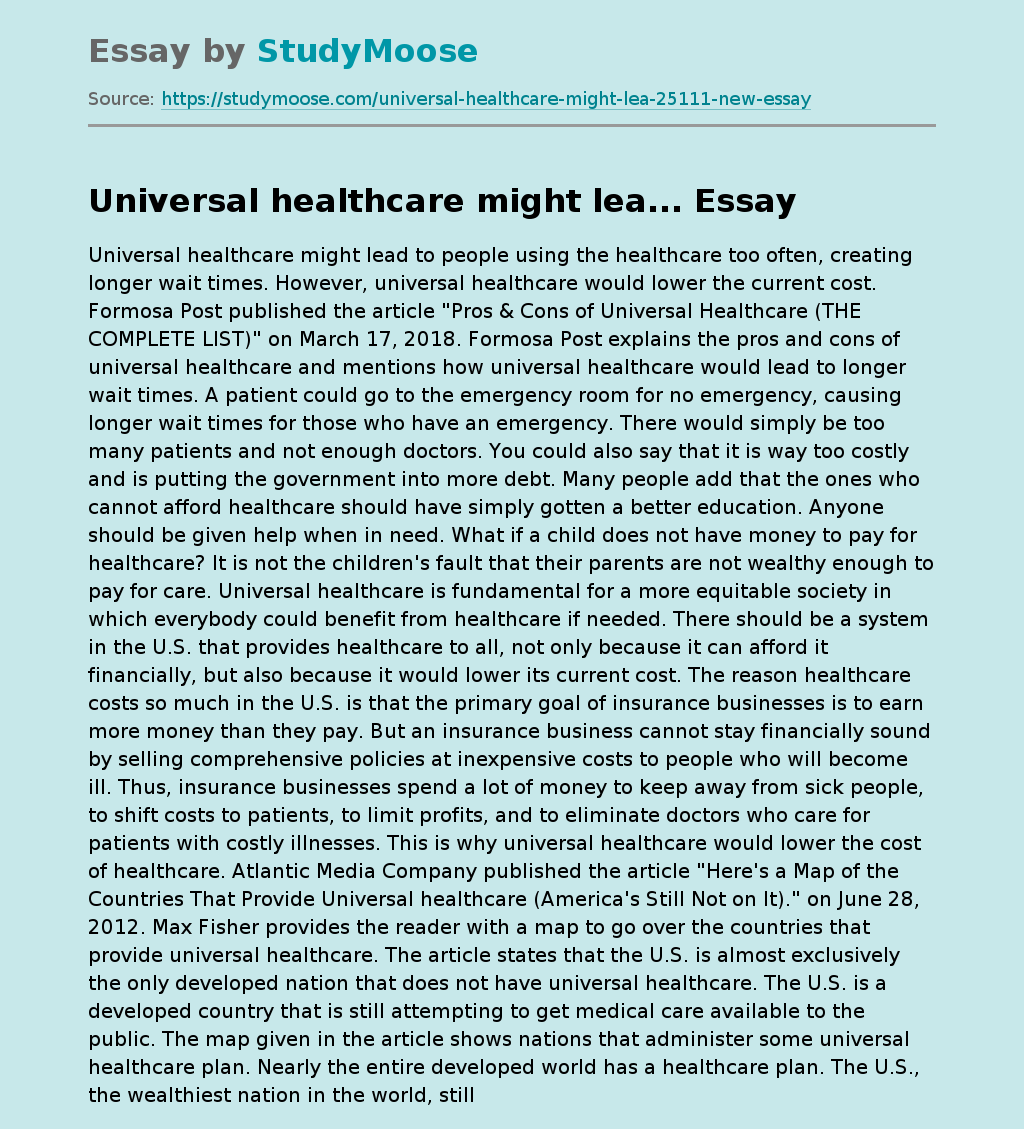