So far in the book “Tom Finder”, I learned that there is a boy named Tom, but he doesn’t remember anything. I think he has amnesia and forgot a lot of things like, his last name, address, parents, friends, school, etc. having to forget everything can be difficult, it’s like losing your life that you built up for so many years. If I had lost my memory I would freak out a lot. But, Tom was different, he was worried but he also just went with the flow.

Don't use plagiarized sources. Get your custom essay on
“ Tom Finder ”
Get custom paper
NEW! smart matching with writer

Tom always thought he was invisible to others, and tried to keep it that way. For example, he said to himself, “Tom, Tom, Tom,” as he walked so he wouldn’t forget that his first name was Tom, he might be invisible even to himself. This quote tells that Tom was very invisible, maybe even to himself. He wanted to remember his name “Tom” because that was the only thing he remembered and didn’t want to forget that either.

I personally don’t know anyone who lost their memory, but I think it would be miserable because, first their parents would be worrying a lot and that person would be wondering around looking for their home. Tom also met this man named Samuel Wolfsleg who said that Tom was a finder, and he would find Samuels lost son. At first, I thought he was crazy, but it turns out he isn’t. Tom was freaked out about it at first, but then later he thought he was a finder, which gave him the name “Tom Finder”.

Tom would always wonder where he came from, who he was, if he was nice, rich or poor. Who wouldn’t wonder about all of these things. losing everything can be hard. 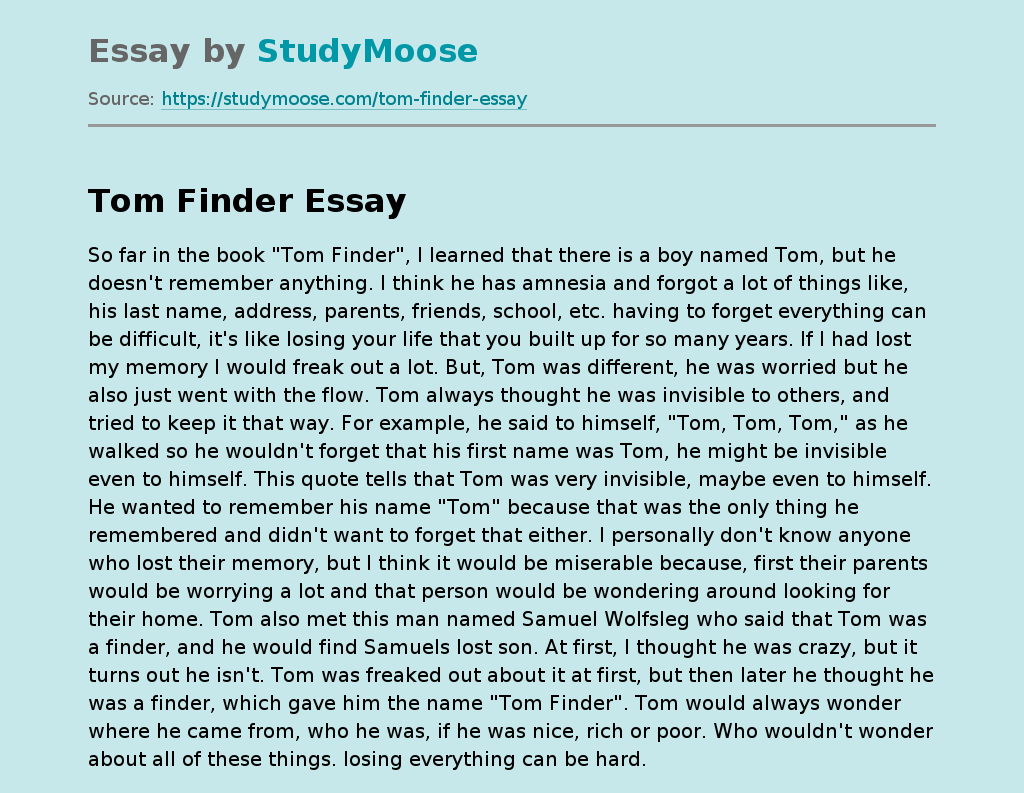